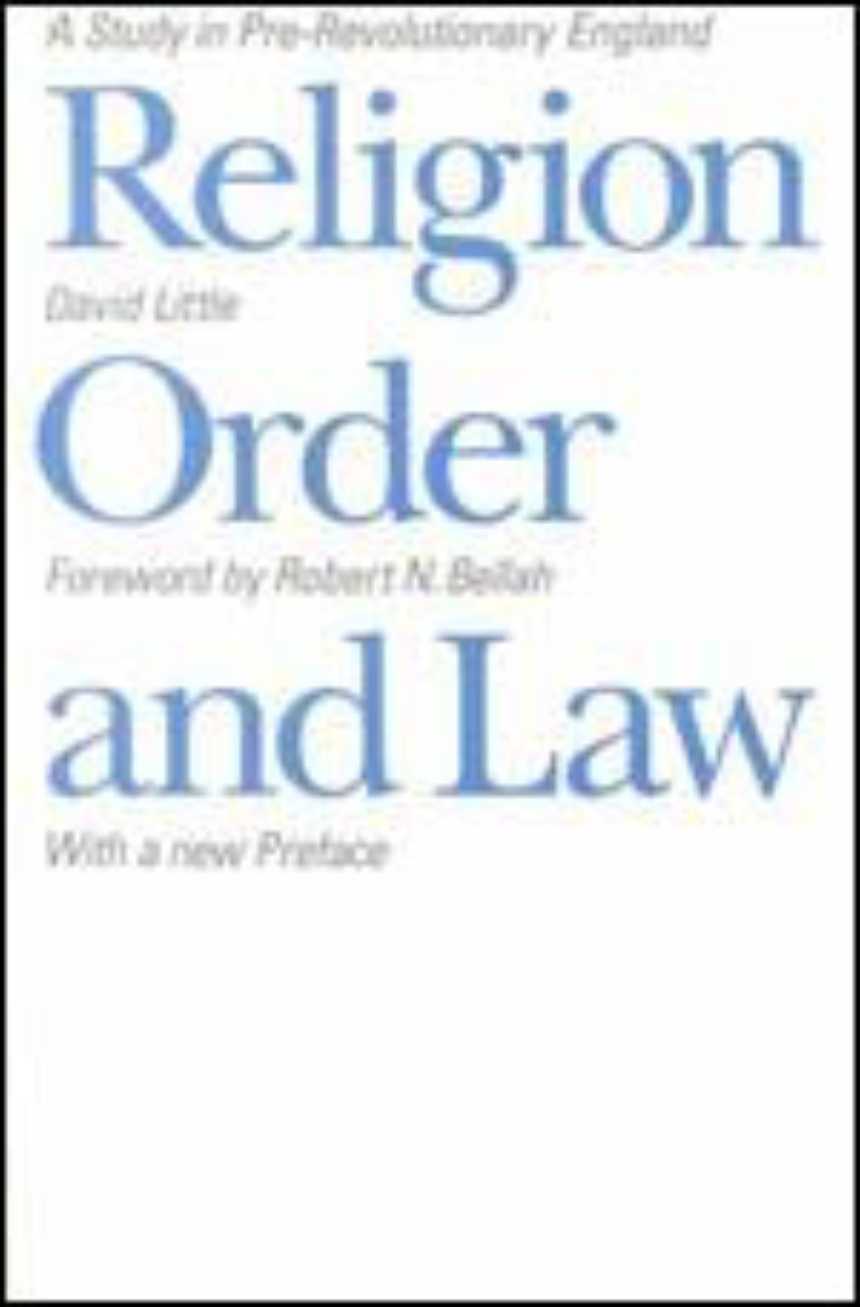 "The issue of the Protestant ethic and the spirit of capitalism has been debated endlessly, but few scholars have seriously continued Weber’s own research into the Reformation sources of seventeenth-century England. David Little’s study was one of the first to do so, and remains an important contribution."—Guenther Roth, University of Washington

Preface 1984 by David Little
Preface by Robert N. Bellah
Acknowledgments
Part I - Introduction
1. The Problem
2. Religion, Order, and Law and the Thought of Max Weber
Part II - Theology and the Conflict of Order
3. The New Order of John Calvin
4. The Elite of the New Order: The Puritans
5. The Old English Order and its Anglican Defenders
Part III - Law and the Tensions of Society
6. Sir Edward Coke and the Conflict in Law and Order
Part IV - Conclusion
Bibliographical Essays
A. Reproductive Literature Critical of The Protestant Ethic
B. The Question of Economic Regulation in Pre-Revolutionary England
C. The Social Implications of Humanist Thought
D. Some Problems in the Interpretation of Puritanism
Index