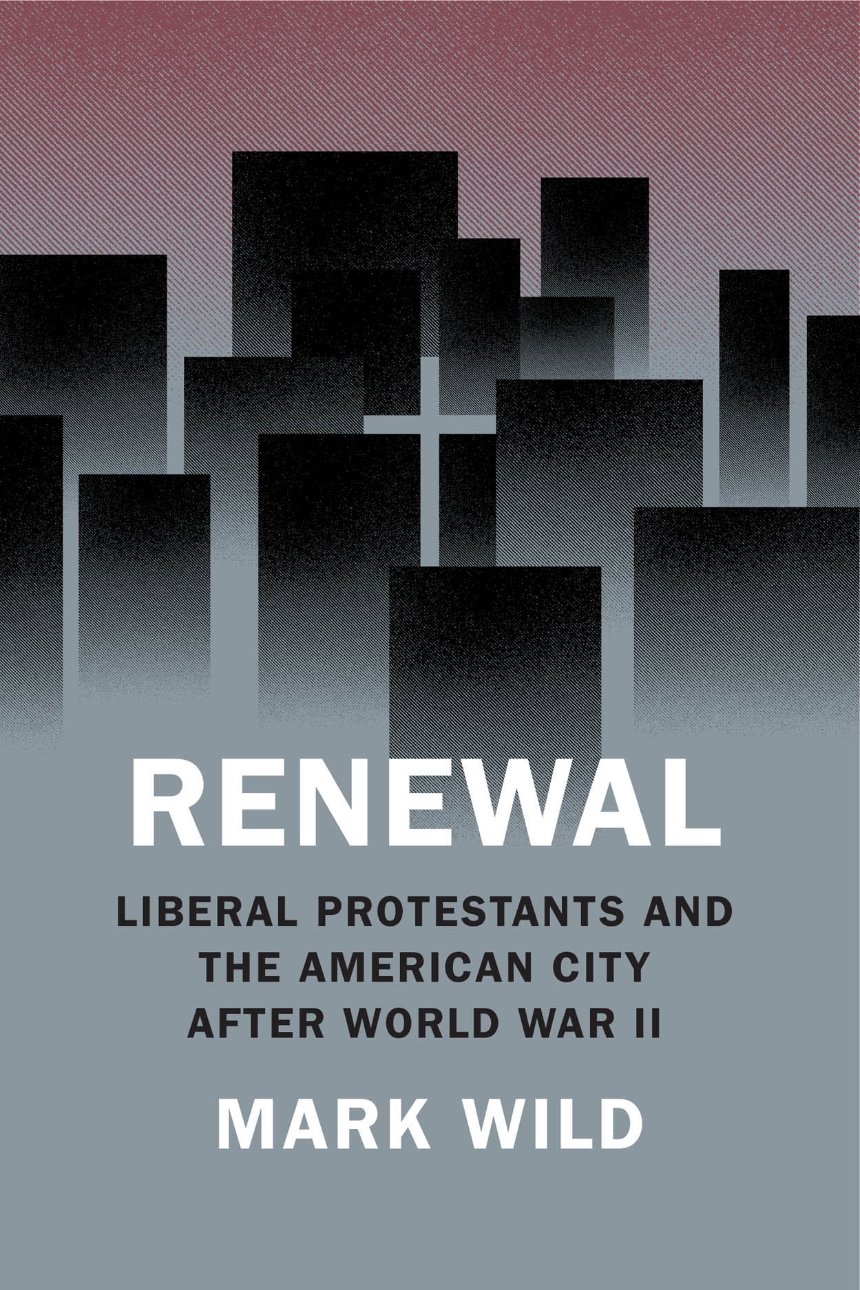 Liberal Protestants and the American City after World War II

Liberal Protestants and the American City after World War II

In the decades following World War II, a movement of clergy and laity sought to restore liberal Protestantism to the center of American urban life. Chastened by their failure to avert war and the Holocaust, and troubled by missionaries’ complicity with colonial regimes, they redirected their energies back home.

Renewal explores the rise and fall of this movement, which began as an effort to restore the church’s standing but wound up as nothing less than an openhearted crusade to remake our nation’s cities. These campaigns reached beyond church walls to build or lend a hand to scores of organizations fighting for welfare, social justice, and community empowerment among the increasingly nonwhite urban working class. Church leaders extended their efforts far beyond traditional evangelicalism, often dovetailing with many of the contemporaneous social currents coursing through the nation, including black freedom movements and the War on Poverty.

Renewal illuminates the overlooked story of how religious institutions both shaped and were shaped by postwar urban America.

“Highly recommended. A significant addition to the literature on urban studies. . . . Readers will find Wild’s book a helpful introduction to key figures in American religious history. His prose is accessible and his footnotes are instructive. . . . .Unpacking Wild’s arguments will be well worth the effort.”

“Wild’s impressively documented ac­count of the renewalist tradition represents an exciting addition to the new history of the mainline.”

“Disciplined, well-researched. . . Mark Wild’s noteworthy Renewal deserves attention on its own, especially as it throws light on how liberal Protestantism held sway over the “climate of opinion” and then lost it. . . . I can think of few better reckonings with the liberal Protestant efforts to invent new ministries and even new theologies to help “wise” leaders not only cope with the challenges of the times but perhaps even to thrive.”

"This is a tremendous book. Mark Wild's new history of mainline Protestant urban activism is a must-read. Using an impressive sixty-seven archival collections, as well as dozens of church periodicals both famous and obscure, Wild unearths a bewildering array of ministries, organizations, and individuals from around the country all devoted to reimagining life in the American city and promoting a new social gospel in the mid-twentieth century. Whereas the historiography of twentieth-century Protestantism has typically followed white mainline churches through demographic change and the middle-class flight into the suburbs, Wild's book refocuses our attention on those he calls "renewalists," the overlooked churches and activists who stayed behind. . . . The book is an essential resource for scholars of the twentieth-century American religious landscape, and for clergy attempting to navigate the perpetual anxiety of mainline decline."

"A must-read for scholars of American religious history and twentieth-century American social history. Renewal is encyclopedic in its detail, and Wild masterfully creates a cohesive narrative about seemingly disparate aspects of postwar culture."

Diane Winston | author of Red-Hot and Righteous: The Urban Religion of the Salvation Army

“In this superb book, Wild taps a vast range of primary sources to piece together an eye-opening account of how a dynamic religious movement of urban renewal sought to save the post–World War II American city and mainline church from socioeconomic and spiritual crises of their own making. Cutting from Harlem to Houston, from Detroit to Los Angeles—and across the heart of the twentieth century—Wild elegantly captures the lofty hopes, street-level determination, unavoidable frustrations, and unsolvable paradoxes that shaded second-wave social gospelers’ radical theology and attendant quest to engage and heal the secular urban world. This is a major addition to the history of liberal religion, and political action, in the modern era.”

"Wild’s work should be of great interest to scholars concerned with urban history, post-war American culture, or 20th century Protestantism. Renewal is richly detailed and well-documented, and it provides a useful reminder of the place liberal Protestants filled in the landscape of American religion during the second half of the 20th century."

"As a work of empirical scholarship, Wild’s achievement is towering. In its comprehensiveness and depth of research, it will surely stand as the touchstone work on this neglected chapter of urban religious history for many years to come. Likewise, Wild’s prose is clear and judicious, with nary a hint of obtuse jargon or excessive theorizing."

"In this illuminating and wide-ranging book, Wild shows that those who maintained an interest in cities and their ‘crisis’ through midcentury, though perhaps smaller in number than their suburbanizing counterparts, experimented with diverse and instructively problematic theological and institutional forms. With enviable clarity, Wild’s book distills this variety of engagement across urban and denominational contexts, foregrounding the city itself as an agent of American Protestant self-definition and social engagement."

"A brilliant testimony to the energy of renewalists in affording holistic ministries to marginalized, urban Americans. . .  An indispensable tool for scholars in twentieth-century American religious history."

"After reading Wild’s outstanding book, I now understand that the Community Renewal Society was one of dozens of postwar urban ministries that set out to save mainline Protestantism from suburban captivity... Wild provides excellent descriptions of the renewalists’ changing theologies (neo-orthodox, secular, radical, and liberationist)."