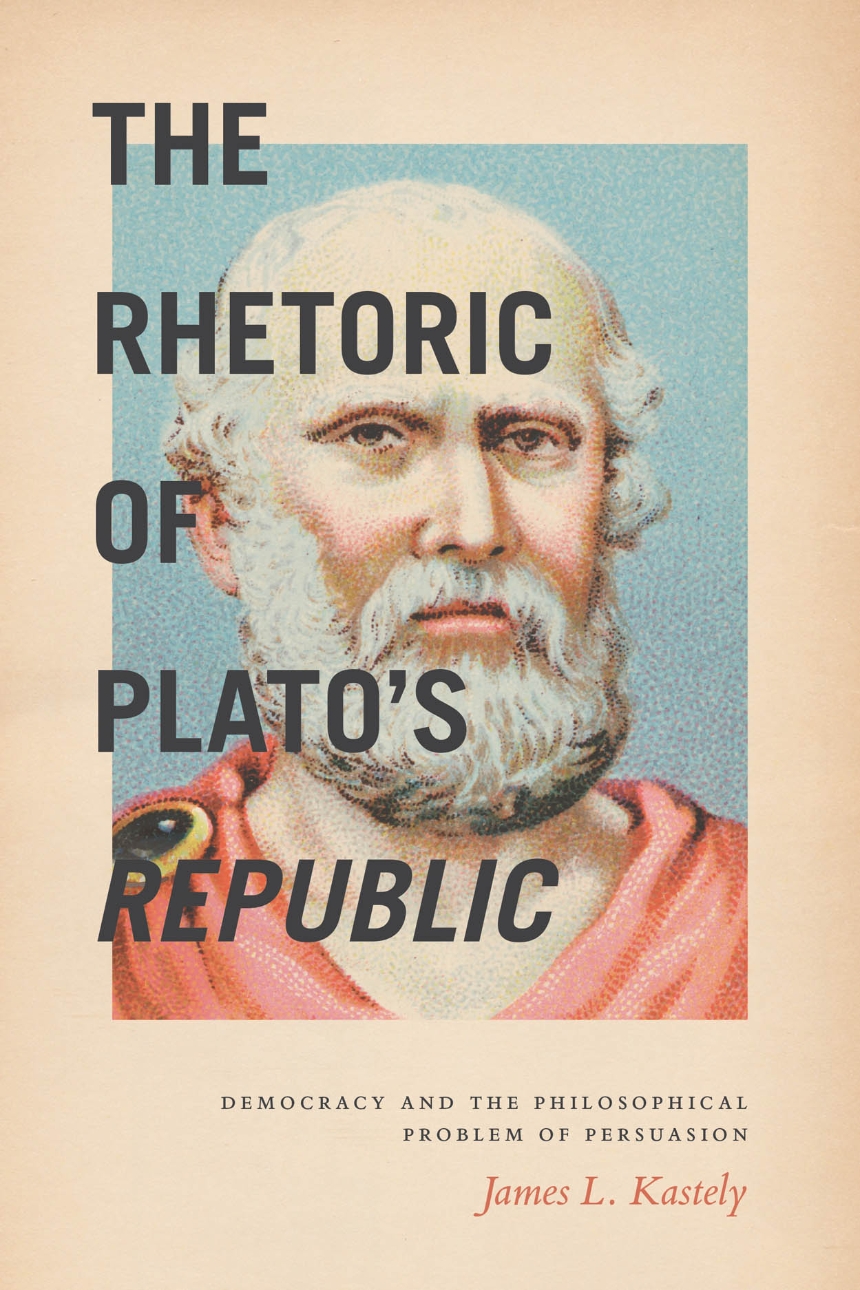 The Rhetoric of Plato’s Republic

Democracy and the Philosophical Problem of Persuasion

The Rhetoric of Plato’s Republic

Democracy and the Philosophical Problem of Persuasion

Plato isn’t exactly thought of as a champion of democracy, and perhaps even less as an important rhetorical theorist. In this book, James L. Kastely recasts Plato in just these lights, offering a vivid new reading of one of Plato’s most important works: the Republic. At heart, Kastely demonstrates, the Republic is a democratic epic poem and pioneering work in rhetorical theory. Examining issues of justice, communication, persuasion, and audience, he uncovers a seedbed of theoretical ideas that resonate all the way up to our contemporary democratic practices.

As Kastely shows, the Republic begins with two interrelated crises: one rhetorical, one philosophical. In the first, democracy is defended by a discourse of justice, but no one can take this discourse seriously because no one can see—in a world where the powerful dominate the weak—how justice is a value in itself. That value must be found philosophically, but philosophy, as Plato and Socrates understand it, can reach only the very few. In order to reach its larger political audience, it must become rhetoric; it must become a persuasive part of the larger culture—which, at that time, meant epic poetry. Tracing how Plato and Socrates formulate this transformation in the Republic, Kastely isolates a crucial theory of persuasion that is central to how we talk together about justice and organize ourselves according to democratic principles.

James Kastely undertakes the ambitious project of a revisionary reading of the Republic as thoroughly occupied with questions of persuasion and motivated by concerns of social and individual reform. Kastely undoubtedly succeeds at his goal of inaugurating a conversation about the importance of the Republic for contemporary rhetorical studies, demonstrating that the Republic is a text that theorizes about persuasion, self-consciously demonstrates persuasive acts, and attempts to persuade others about the value of justice and philosophy.

“A startling reinterpretation of Plato, one that stands the standard narrative of the history of rhetoric on its head. Kastely persuasively takes the supposed archenemy of rhetoric and makes of him instead a theorist deeply concerned with rhetoric’s possibilities, and he does so with impeccable scholarship in a tour de force extended rereading of Plato’s most-read work.”

“Plato’s Republic presents a faraway, made-up world, a world too distant from the rough-and-tumble world of rhetoric and so many of its chief concerns: persuasion, democracy, and deliberation. As a result, the Republic is not typically high on the list of Plato’s works consulted in rhetorical studies. With The Rhetoric of Plato’s ‘Republic,’ Kastely will change that. Patient, open-minded, and careful, Kastely finds in the Republic an account of justice as a renewable resource for democracy and of rhetoric as justice’s all too rare and precarious means of replenishment.”

“Kastely’s subtle and illuminating reading of the Republic as a work of both political and rhetorical theory explains Plato’s democratic philosophy and its embodiment in the rhetorical practices he depicts. Unlike many studies past and present, this portrait of Plato’s defense of democracy meticulously distinguishes between Plato’s ideas and those advanced by Socrates. From this perspective, Kastely proposes, some of Socrates’s rhetorical failures may be seen as crafted by Plato to exemplify the limitations of elite political and philosophical cultures and their discourses.”

1. The Republic: Plato’s Democratic Epic
2. The Elenchic Victory and the Failure of Persuasion
3. Glaucon’s Request for a Persuasive Argument
4. Confronting Obstacles to Persuasion
5. The Limits of Persuasion: The Residual Force of Culture and the Unruliness of Desire
6. The Argument for Philosophy
7. A Rhetorical Account of Philosophy
8. Compelling a Philosopher
9. A Genuinely Persuasive Defense of Justice?
10. The Rhetorical Office of Poetry
11. Philosophical Rhetoric