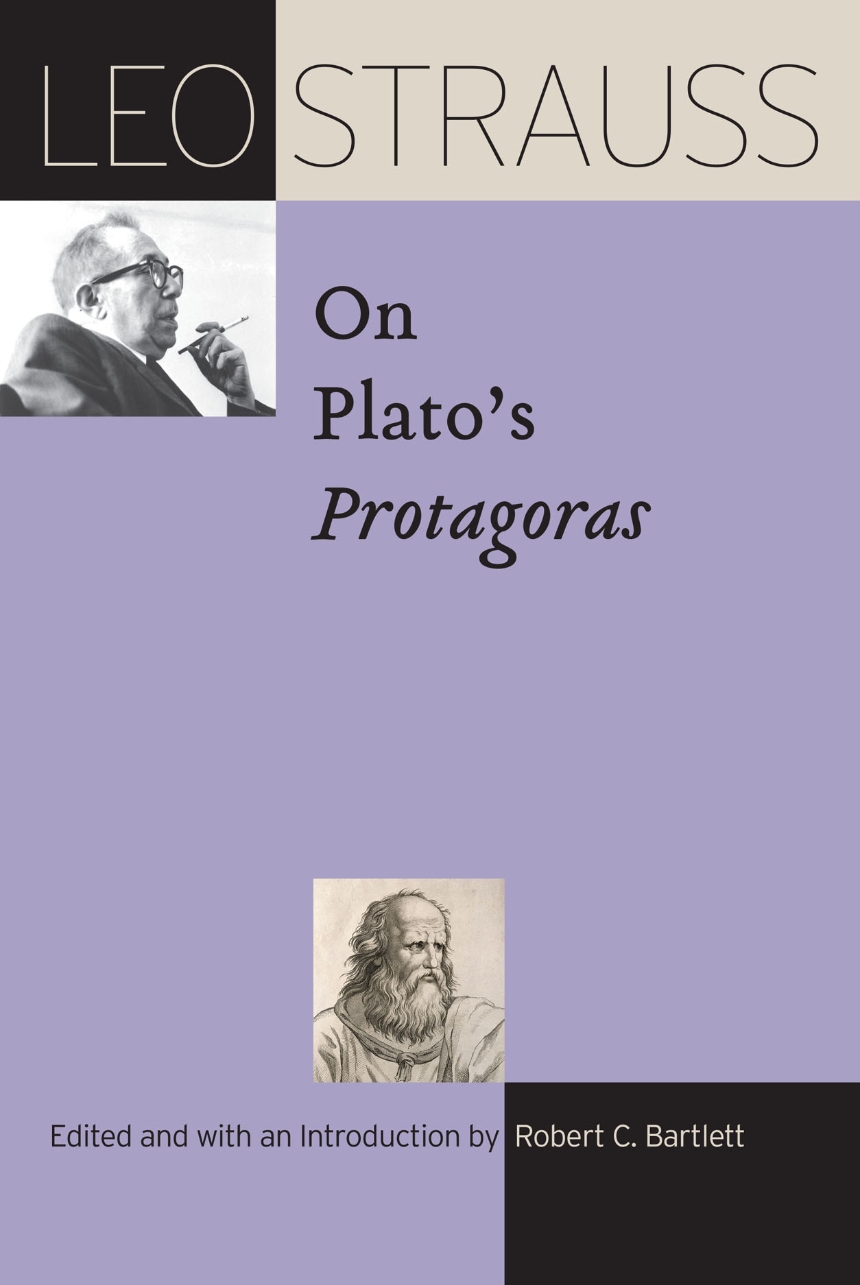 This book offers a transcript of Strauss’s seminar on Plato’s Protagoras taught at the University of Chicago in the spring quarter of 1965, edited and introduced by renowned scholar Robert C. Bartlett. These lectures have several important features. Unlike his published writings, they are less dense and more conversational.  Additionally, while Strauss regarded himself as a Platonist and published some work on Plato, he published little on individual dialogues. In these lectures Strauss treats many of the great Platonic and Straussian themes: the difference between the Socratic political science or art and the Sophistic political science or art of Protagoras; the character and teachability of virtue, its relation to knowledge, and the relations among the virtues, courage, justice, moderation, and wisdom; the good and the pleasant; frankness and concealment; the role of myth; and the relation between freedom of thought and freedom of speech.

In these lectures, Strauss examines Protagoras and the sophists, providing a detailed discussion of Protagoras as it relates to Plato’s other dialogues and the work of modern thinkers. This book should be of special interest to students both of Plato and of Strauss.

“This book is an easy, pleasant, and stimulating read. It is informal and playful, and it constitutes a drama in its own right. Here one gets to watch a master and subtle interpreter of texts take on an exceedingly puzzling Platonic dialogue in front of a dozen or so very bright young students.”

“Leo Strauss’s course on Plato’s Protagoras, ably edited and introduced by Bartlett, displays Strauss’s remarkable combination of generous attention to his students, philosophical acumen, and textual interpretation that is at once modest and intrepid. In addition to an illuminating analysis of the themes and action of the Protagoras (and the Gorgias), Strauss presents striking discussions of topics that range from the place and meaning of myths in the dialogues to ways to approach the dialogues and to begin to understand them.”

"Based on audio recordings of a 1965 seminar at the University of Chicago on Plato’s Protagoras, this transcript of the discussion between Leo Strauss and his students covers significant topics of importance to Strauss and political theory more broadly: the political uses of myth; the question of whether virtue can be taught; the ideas of courage, justice, and moderation; and freedom of thought and speech, among many others. . . Highly recommended."