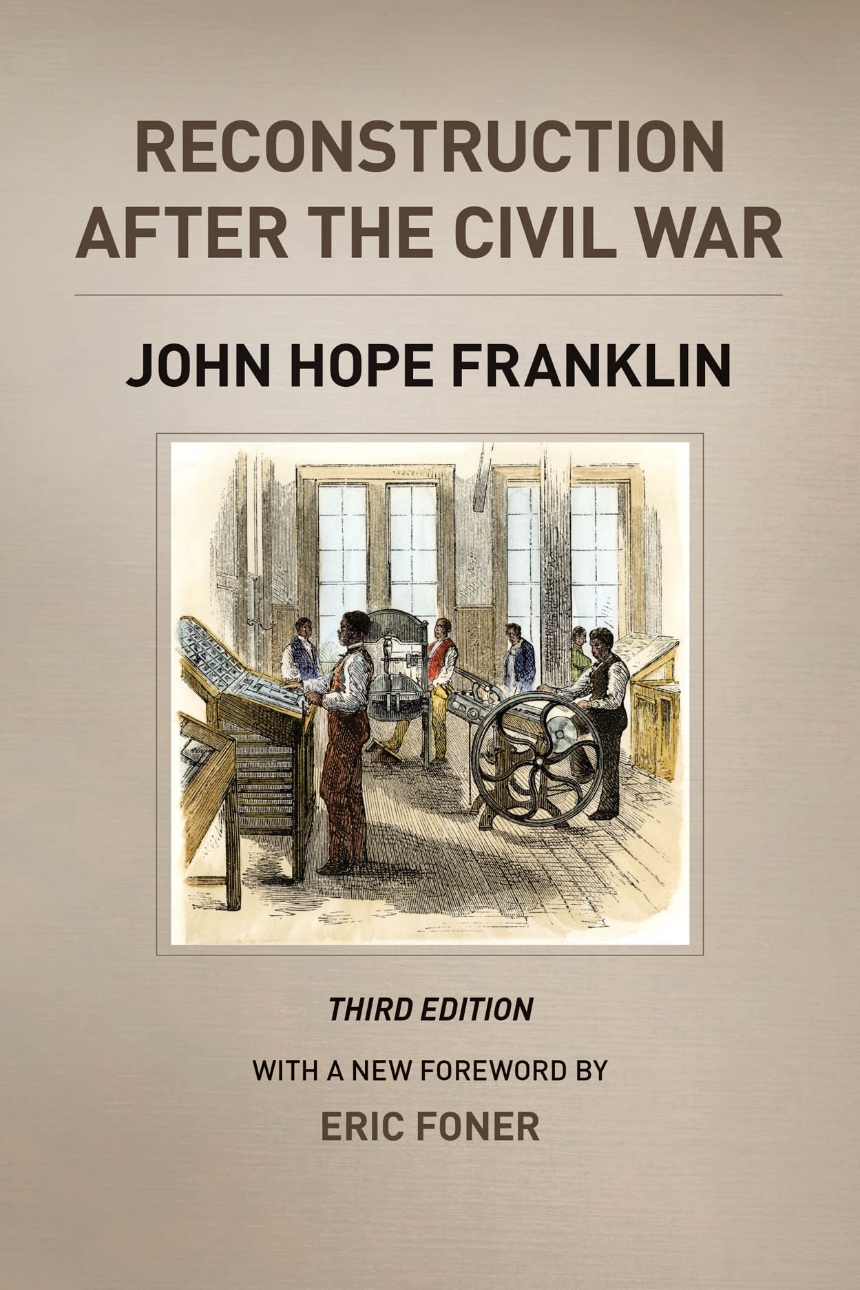 With a new Foreword by Eric Foner and an Essay by Michael W. Fitzgerald

Reconstruction after the Civil War explores the role of former slaves during this period in American history. Looking past popular myths and controversial scholarship, John Hope Franklin uses his astute insight and careful research to provide an accurate, comprehensive portrait of the era. His arguments concerning the brevity of the North’s occupation, the limited power wielded by former slaves, the influence of moderate southerners, the flawed constitutions of the radical state governments, and the downfall of Reconstruction remain compelling today. This new edition of Reconstruction after the Civil War also includes a foreword by Eric Foner and a perceptive essay by Michael W. Fitzgerald.

The Chicago History of American Civilization

Foreword to the Third Edition by Eric Foner