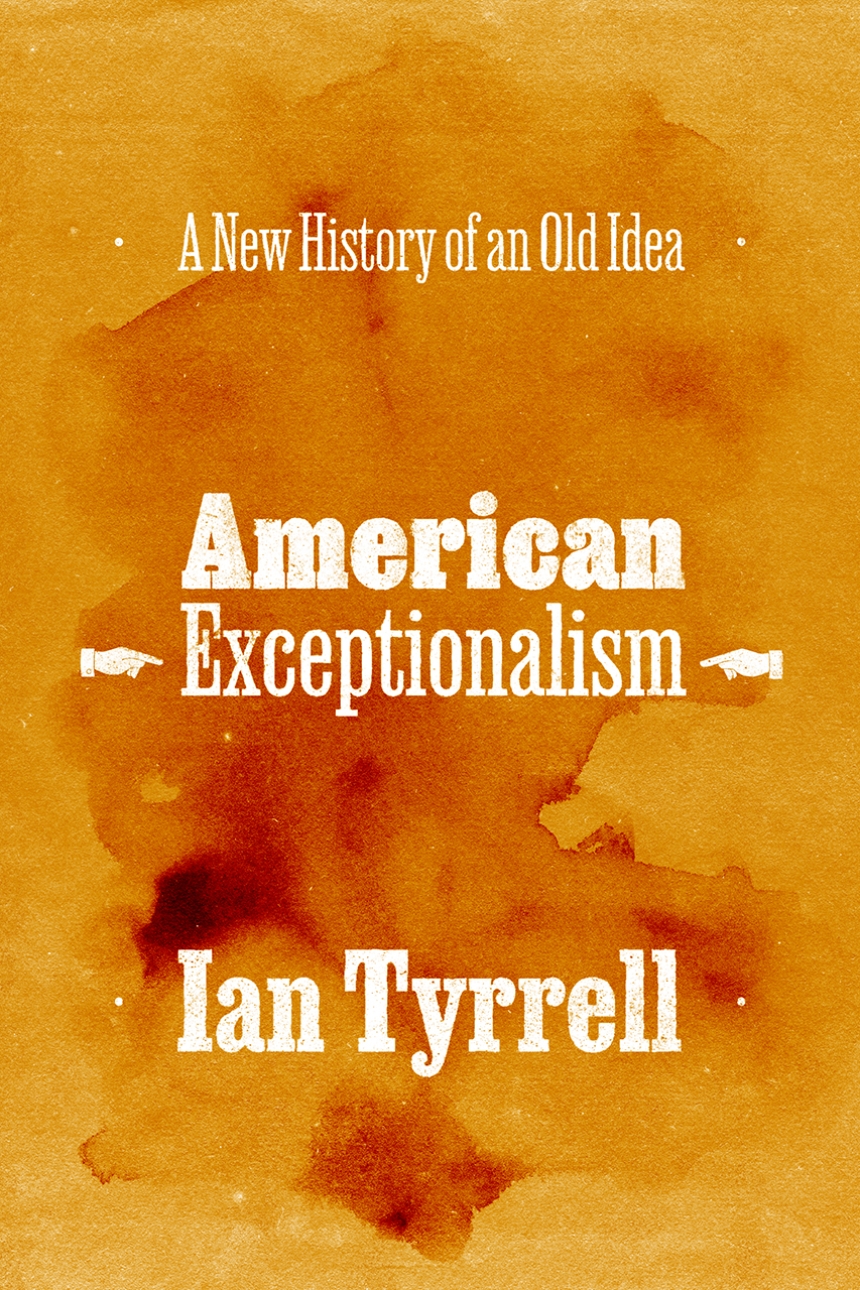 A New History of an Old Idea

A New History of an Old Idea

A powerful dissection of a core American myth.

The idea that the United States is unlike every other country in world history is a surprisingly resilient one. Throughout his distinguished career, Ian Tyrrell has been one of the most influential historians of the idea of American exceptionalism, but he has never written a book focused solely on it until now. The notion that American identity might be exceptional emerged, Tyrrell shows, from the belief that the nascent early republic was not simply a postcolonial state but a genuinely new experiment in an imperialist world dominated by Britain. Prior to the Civil War, American exceptionalism fostered declarations of cultural, economic, and spatial independence. As the country grew in population and size, becoming a major player in the global order, its exceptionalist beliefs came more and more into focus—and into question. Over time, a political divide emerged: those who believed that America’s exceptionalism was the basis of its virtue and those who saw America as either a long way from perfect or actually fully unexceptional, and thus subject to universal demands for justice. Tyrrell masterfully articulates the many forces that made American exceptionalism such a divisive and definitional concept. Today, he notes, the demands that people acknowledge America’s exceptionalism have grown ever more strident, even as the material and moral evidence for that exceptionalism—to the extent that there ever was any—has withered away.

"Tyrrell, a distinguished Australian historian, has written a rich intellectual history of the dramatic shifts in the meaning of the defining but, it turns out, highly malleable idea of 'American exceptionalism,' from its roots in the revolutionary era to the present. Tracing the term’s changing significance illuminates U.S. history more broadly."

"Tyrrell’s study offers an invaluable synthesis of how American exceptionalism has surfaced in US history. . . . Tyrrell tells this story in a highly readable style that captures the concept’s complexity without becoming reductive."

"Since the 1980s, 'American exceptionalism,' Tyrrell argues, has become a pervasive belief system spread across the political spectrum in the United States. It is no longer as it was for the preceding century and a half, an enthusiasm enlivening the margins of political discourse. Given its integration, albeit in Manichaean forms, into the rhetoric of both the Republican and Democratic parties, Tyrrell assumes that 'American exceptionalism' will continue to be a disturbing force in U.S. political and cultural life for many more years."

"Building off his voluminous scholarship on temperance, missionaries, and empire, Tyrrell’s latest historiographical romp provides a concise history of American exceptionalism. . . . Take a deep breath. Tyrrell’s erudition and wisdom, along with his deft harnessing of sources, outweighs the risk of asphyxiation."

Chronicles: A Magazine of American Culture

“In these troubled times, history cannot tell anxious Americans what—if anything—can sustain their collective identity.  But Tyrrell’s illuminating history of the elusive, evolving, and contested complex of ideas about America’s place in the world and role in world history shows us how previous generations grappled with their own troubled times as they imagined the future. American Exceptionalism is a fresh, timely, and thought-provoking contribution to national self-understanding.”

“Here is the book Tyrrell was destined to write. Drawing on his distinguished career studying US history from abroad, he masterfully charts the history of this contested notion. Sweeping in scope, attuned both to the history of ideas and the social infrastructures upon which they rest, American Exceptionalism shrewdly assesses the course of an old idea that continues to exert a hold in the twenty-first century. Required reading for any student of American history.”

“Tyrrell makes us see American exceptionalism as a kaleidoscopic discursive formation, born of Europe’s early modern prehistoricist historical consciousness and American settlers’ ongoing imperialistic conquest—always in the background of American public discourse, but repeatedly coming to the fore as changing conditions and crises aroused advocates and opponents, who in turn focused attention on shifting religious, political, and material sources of uniqueness.”

“American Exceptionalism is a much-needed, erudite, wide-ranging, and persuasive study. There are many books addressing American exceptionalism but none like this. It is the most critically astute, synthetic, interdisciplinary, and balanced of all the studies made of the topic.”

John Corrigan, author of Religious Intolerance, America, and the World: A History of Forgetting and Remembering

"Tyrrell masterfully articulates the many forces that made American exceptionalism such a divisive and definitional concept. Today, he notes, the demands that people acknowledge America's exceptionalism have grown ever more strident, even as the material and moral evidence for that exceptionalism--to the extent that there ever was any--has withered away."

“Daringly ambitious yet enticingly concise, American Exceptionalism traces several of the most timely themes of our present moment in a manner suitable for survey courses of both general and intellectual American history at an advanced undergraduate and graduate level. The extensive historiographical ballast, firm command of contextual textures, and cogent while never overbearing theoretical insights all make American Exceptionalism a successful testament to the virtues of a historical approach to exceptionalism, one that is as sobering as it is deeply instructive.”

Chapter 1: The Puritans and American Chosenness
Chapter 2: Looking Back, Looking Forward: Remembering the Revolution
Chapter 3: Cultural Nationalism and the Origins of American Exceptionalism
Chapter 4: Lyman Beecher, Personal Identity, and the Christian Republic
Chapter 5: Women and Exceptionalism: The Self-Made Woman and the Power of Catharine Beecher
Chapter 6: Race, Anglo-Saxonism, and Manifest Destiny
Chapter 7: In the Hands of an Angry God: The Antislavery Jeremiad and the Origins of the Christian Nation
Chapter 8: Fin de Siècle Challenges: The Frontier, Labor, and American Imperialism
Chapter 9: Two Isms: Americanism and Socialism
Chapter 10: The Dream and the Century: The Liberal Exceptionalism of the New Deal State, 1930s–1960s
Chapter 11: The Newly Chosen Nation: Exceptionalism from Reagan to Trump
Afterword