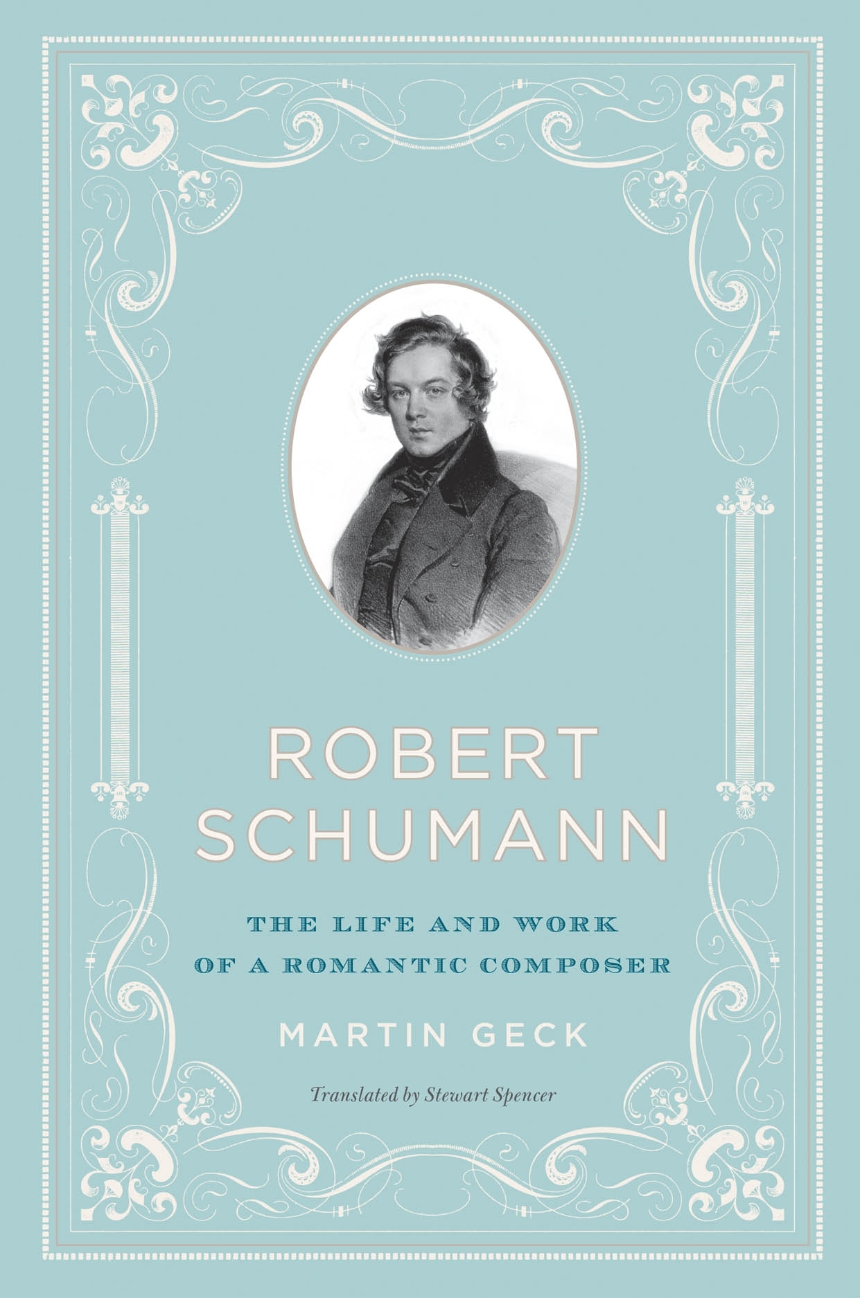 The Life and Work of a Romantic Composer

The Life and Work of a Romantic Composer

Translated by Stewart Spencer
Robert Schumann (1810–56) is one of the most important and representative composers of the Romantic era. Born in Zwickau, Germany, Schumann began piano instruction at age seven and immediately developed a passion for music. When a permanent injury to his hand prevented him from pursuing a career as a touring concert pianist, he turned his energies and talents to composing, writing hundreds of works for piano and voice, as well as four symphonies and an opera. Here acclaimed biographer Martin Geck tells the fascinating story of this multifaceted genius, set in the context of the political and social revolutions of his time.
The image of Schumann the man and the artist that emerges in Geck’s book is complex. Geck shows Schumann to be not only a major composer and music critic—he cofounded and wrote articles for the controversial Neue Zeitschrift für Musik­­—but also a political activist, the father of eight children, and an addict of mind-altering drugs. Through hard work and determination bordering on the obsessive, Schumann was able to control his demons and channel the tensions that seethed within him into music that mixes the popular and esoteric, resulting in compositions that require the creative engagement of reader and listener.
The more we know about a composer, the more we hear his personality in his music, even if it is above all on the strength of his work that we love and admire him. Martin Geck’s book on Schumann is not just another rehashing of Schumann’s life and works, but an intelligent, personal interpretation of the composer as a musical, literary, and cultural personality.

“[A] fine biography. . . . [T]his is the most balanced account of Schumann’s life and work for more than a generation, one that makes us want to relisten to Schumann’s music, knowing better the man behind it.”

“The most romantic of Romantic composers, Schumann yet took J. S. Bach and Beethoven as his masters, and his music is full of references to both. Geck notes virtually all those illusions and inspirations as he hews closely to his demonstration of his subject’s originality. . . . [A] superb biography.”

“Schumann’s aesthetics are Geck’s primary and most satisfying focus: life and work emerge as indivisible, for that was how Schumann himself saw it. . . . A rewarding read.”

“A masterfully written account that shows just how lively and controversial the works and writings of this remarkable musician-poet remain, even at a distance of two centuries.”

“In twelve chapters, Martin Geck vividly and knowledgably portrays the life of Schumann: his compositions, the forces that drove him, and the highly politicized era in which he lived.”

“Geck’s book helps us conceive of Schumann to be a much more modern figure in the realm of fine arts than we have thus far perceived him to be.”

“A discerning and demonstrative biography.”

“Geck has written an integrating portrayal of the life and work based on solid scholarship and with particular perspectives deepened by original and idiosyncratic excursions. Martin Geck possesses a valuable ability that is unfortunately not very common. It is one of the strengths of his book: to write intelligently and vividly about music without falling into concert guide metaphorics. If he inspires this or that reader to listen to Schumann’s music, then an important goal has been reached. His book is carried along by his own admiration for the outsider Robert Schumann.”

“Geck tells the story in a masterfully focused way and with illuminating examination.”

“Martin Geck tells the fascinating life of this universal soul of the Romantic Period, describing while doing so the social and artistic revolutions of his time. He throws new light on the multifaceted work of this composer—and reveals the abysses of the man Robert Schumann.”

“Geck vividly portrays the life of the composer in all its happiness and vicissitudes. . . . [He] is especially good on relating Schumann’s music to the web of literary allusions he wove through it.”

“Few composers are as fascinating in terms of how their work and life intersect as Robert Schumann. Not surprisingly, his personality and aesthetic have invited fanciful speculation and remained objects of controversy. This English translation of Martin Geck’s elegant account of Schumann’s achievement as a composer offers a subtle account of the music, filtered through the lens of Schumann’s highly charged life. Geck’s scholarly refinement, his elegant insights into music, and his balanced assessment of Schumann’s psyche, marriage, and place among his contemporaries both in and out of the world of music make this a concise and compelling book, a major contribution to the understanding of nineteenth-century music and culture.”

“Robert Schumann: The Life and Work of a Romantic Composer is a wonderful book. Martin Geck writes engagingly and with flair, addressing not only the specialist but also a broader audience without shortchanging the professional musician and musicologist. He sets new accents in Schumann biography and has lots of perceptive things to say about the music.”

Chapter 4. The Early Piano Pieces
Intermezzo III. “No, What I Hear Are Blows”

Chapter 7. Married Life in Leipzig—Visit to Russia (1840–44)
Intermezzo V. The Magic of Allusions

Chapter 8. Schumann as a Public Figure in the Years before the March Revolution of 1848
Intermezzo VI. In modo d’una marcia

Chapter 9. The Dresden Years (1845–50)
Intermezzo VII. Genoveva Is Not Lohengrin

Chapter 10. Director of Music in Düsseldorf (1850–54)
Intermezzo VIII. The Road to Freedom