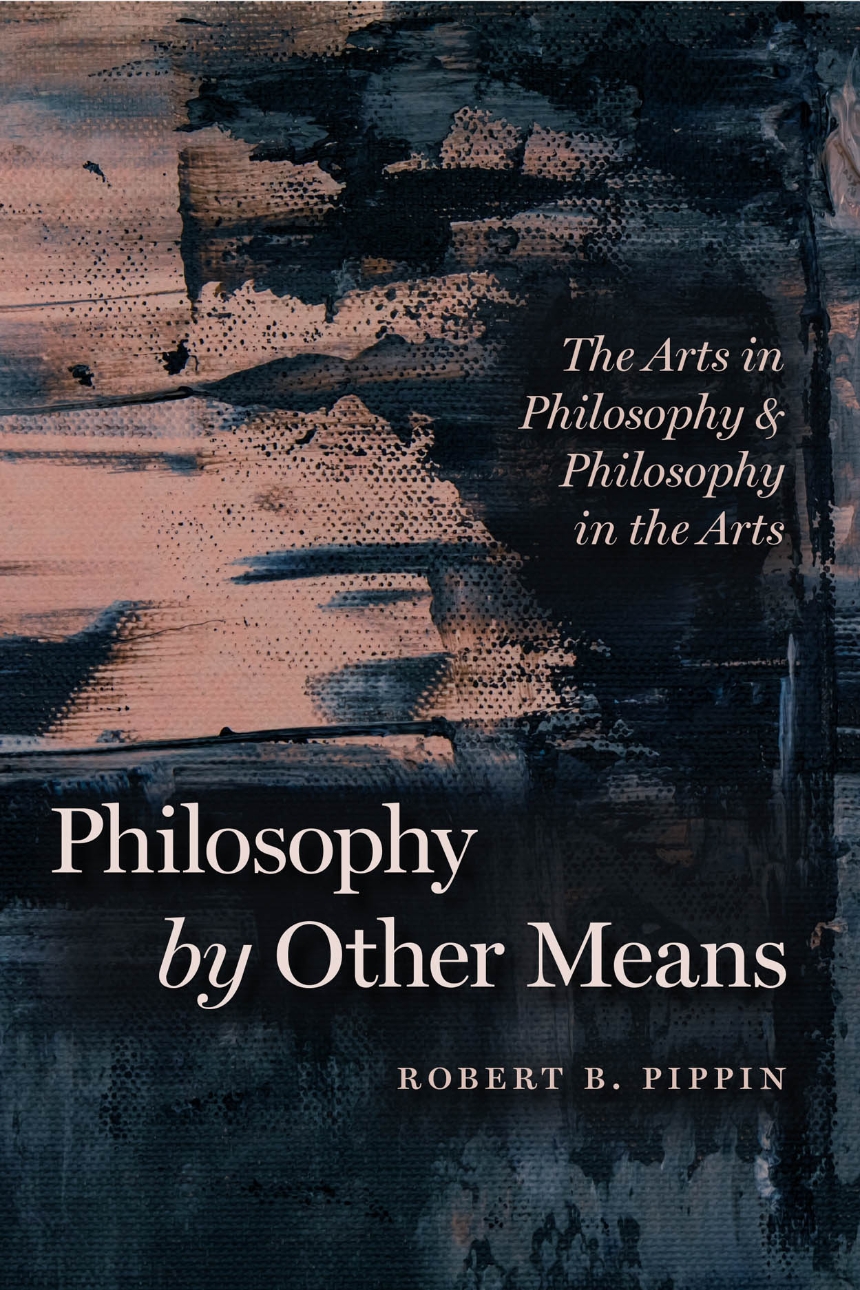 Philosophy by Other Means

Philosophy by Other Means

Throughout his career, Robert B. Pippin has examined the relationship between philosophy and the arts. With his writings on film, literature, and visual modernism, he has shown that there are aesthetic objects that cannot be properly understood unless we acknowledge and reflect on the philosophical concerns that are integral to their meaning. His latest book, Philosophy by Other Means, extends this trajectory, offering a collection of essays that present profound considerations of philosophical issues in aesthetics alongside close readings of novels by Henry James, Marcel Proust, and J. M. Coetzee.

The arts hold a range of values and ambitions, offering beauty, playfulness, and craftsmanship while deepening our mythologies and enriching the human experience. Some works take on philosophical ambitions, contributing to philosophy in ways that transcend the discipline’s traditional analytic and discursive forms. Pippin’s claim is twofold: criticism properly understood often requires a form of philosophical reflection, and philosophy is impoverished if it is not informed by critical attention to aesthetic objects. In the first part of the book, he examines how philosophers like Kant, Hegel, and Adorno have considered the relationship between art and philosophy. The second part of the book offers an exploration of how individual artworks might be considered forms of philosophical reflection. Pippin demonstrates the importance of practicing philosophical criticism and shows how the arts can provide key insights that are out of reach for philosophy, at least as traditionally understood.

"Philosophers weary of banal abstraction will find fresh sources of inspiration within Pippin’s poetic importations... Pippin makes a strong case not only for a philosophic reading of art, but also for an artistic reading of philosophy."

“This collection of essays addresses the perennial question of the relation between philosophy and aesthetic criticism with cogency and originality. It’s hard to think of anyone better qualified to explore this question, as Pippin has made major contributions both to the study of modern German philosophy and to philosophical approaches to aesthetic objects, notably painting, literary fiction, and film.”

“When seeking to bring together two distinct practices or disciplines it is all too easy to confuse them or lose sight of what is most interesting about each. Pippin avoids this fate with remarkable grace and precision. His philosophical questions illuminate literature and art, and his interpretations of particular works invite a philosophical connection without depending on it. A wonderful, infinitely interesting project.”

“These essays display the enormous range of Pippin’s intelligence as a commentator on philosophy and literature. Whether as an expounder of Hegel’s aesthetics or an interpreter of self-knowledge in What Maisie Knew, he offers discoveries that always reward the attention he demands.”

"Artworks are neither aesthetically rendered content ripe for philosophical articulation at a later stage, nor mere particulars resisting interpretation, but are revealed here as the friction that any thinking needs to make its concepts come alive for us. In this way, this book offers the finest compliment philosophy could give to art, not by defining it or grasping it in a comprehensive theory, but by engaging it and letting it offer us something to understand, again and again."

The Journal of Aesthetics and Art Criticism

Part One: The Arts in Philosophy

2. Kant and the Problem of Tragedy

3. The Status of Literature in Hegel’s Phenomenology of Spirit: On the Lives of Concepts

4. The Absence of Aesthetics in Hegel’s Aesthetics

7. Photography as Art: Fried and Intention

8. Adorno, Aesthetic Negativity, and the Problem of Idealism

Part Two: Philosophy in the Arts

9. On Maisie’s Knowing Her Own Mind

11. The Shadow of Love: The Role of Jealousy in Proust’s À la recherche du temps perdu

12. The Paradoxes of Power in the Early Novels of J. M. Coetzee