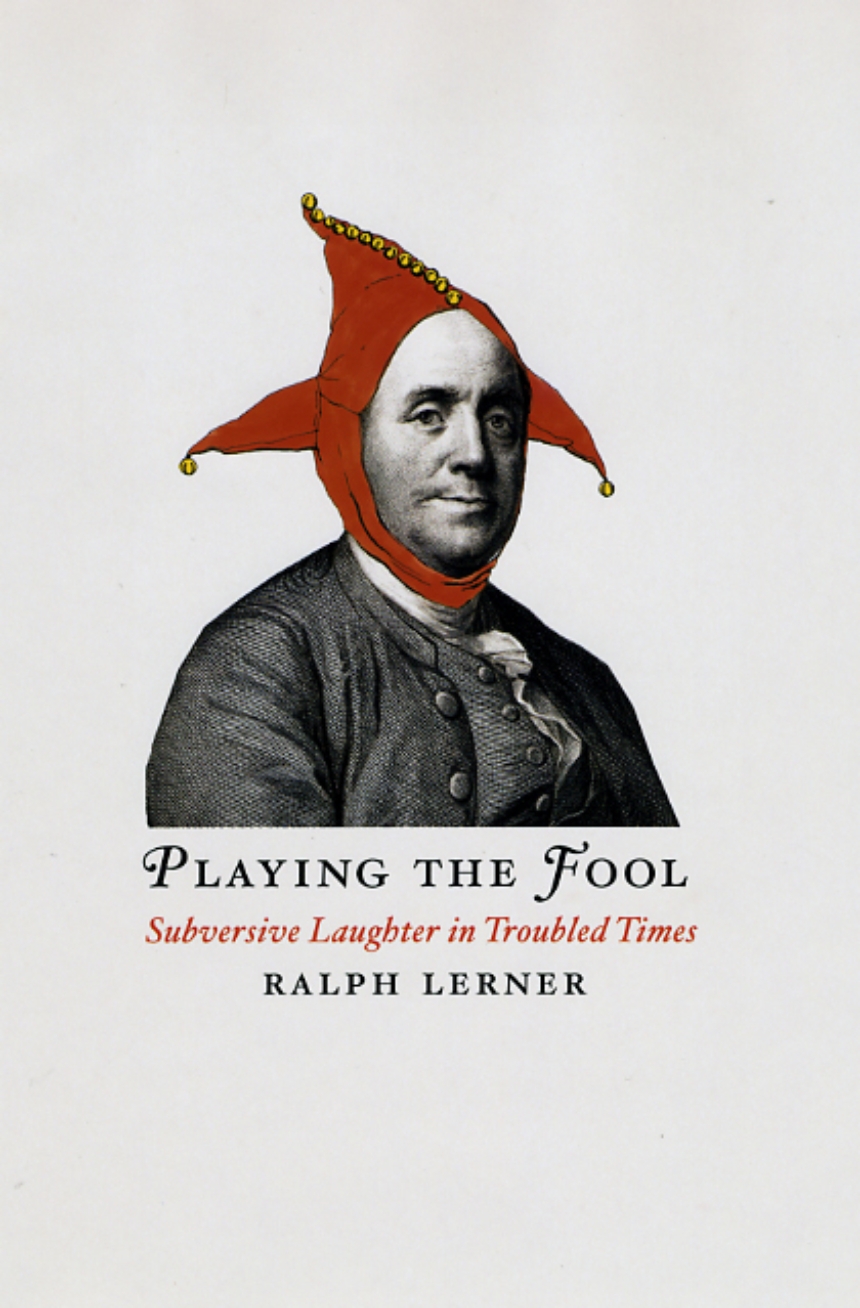 The role of the fool is to provoke the powerful to question their convictions, preferably while avoiding a beating. Fools accomplish this not by hectoring their audience, but by broaching sensitive topics indirectly, often disguising their message in a joke or a tale. Writers and thinkers throughout history have adopted the fool’s approach, and here Ralph Lerner turns to six of them—Thomas More, Francis Bacon, Robert Burton, Pierre Bayle, Benjamin Franklin, and Edward Gibbon—to elucidate the strategies these men employed to persuade the heedless, the zealous, and the overly confident to pause and reconsider.

As Playing the Fool makes plain, all these men lived through periods marked by fanaticism, particularly with regard to religion and its relation to the state. In such a troubled context, advocating on behalf of skepticism and against tyranny could easily lead to censure, or even, as in More’s case, execution. And so, Lerner reveals, these serious thinkers relied on humor to move their readers toward a more reasoned understanding of the world and our place in it. At once erudite and entertaining, Playing the Fool is an eloquently thought-provoking look at the lives and writings of these masterly authors.

“Reading this book is a continuous pleasure. Ralph Lerner expounds his chosen texts with genuine skill, delicacy, and a rare ear for shadings of tone. His prose is at once accomplished and self-effacing, leaving us with the impression of a second voice on the scene—one of the same family as the authors he comments on, all of whom deployed an oblique style, an ambiguous genre, or a mode of impersonation that resists the direct disclosure of doctrine, always for the purpose of insinuating doubts and scruples.”

“In elegantly crafted essays, Ralph Lerner provides illuminating introductions to the diverse didactic strategies and substantive philosophic teachings of six modern masters of the comic genius in its subtlest forms.”

“In this thoughtful and enlightening book, Ralph Lerner looks at the work of six major writers, examining the subversive power of laughter, its capacity to undercut prejudice and dissolve zeal. Lerner identifies in these works a literary strategy and explores its logic as no one has done before. Playing the Fool is elegantly composed, elusive, playful, and elliptical; it tickles the fancy and tempts the mind.”

"A compelling study that explores the ways in which, to quote Buron, ’one may speak in jexst, and yet speak the truth.’"

2 The Jihad of St. Alban

6 The Smile of a Philosophic Historian