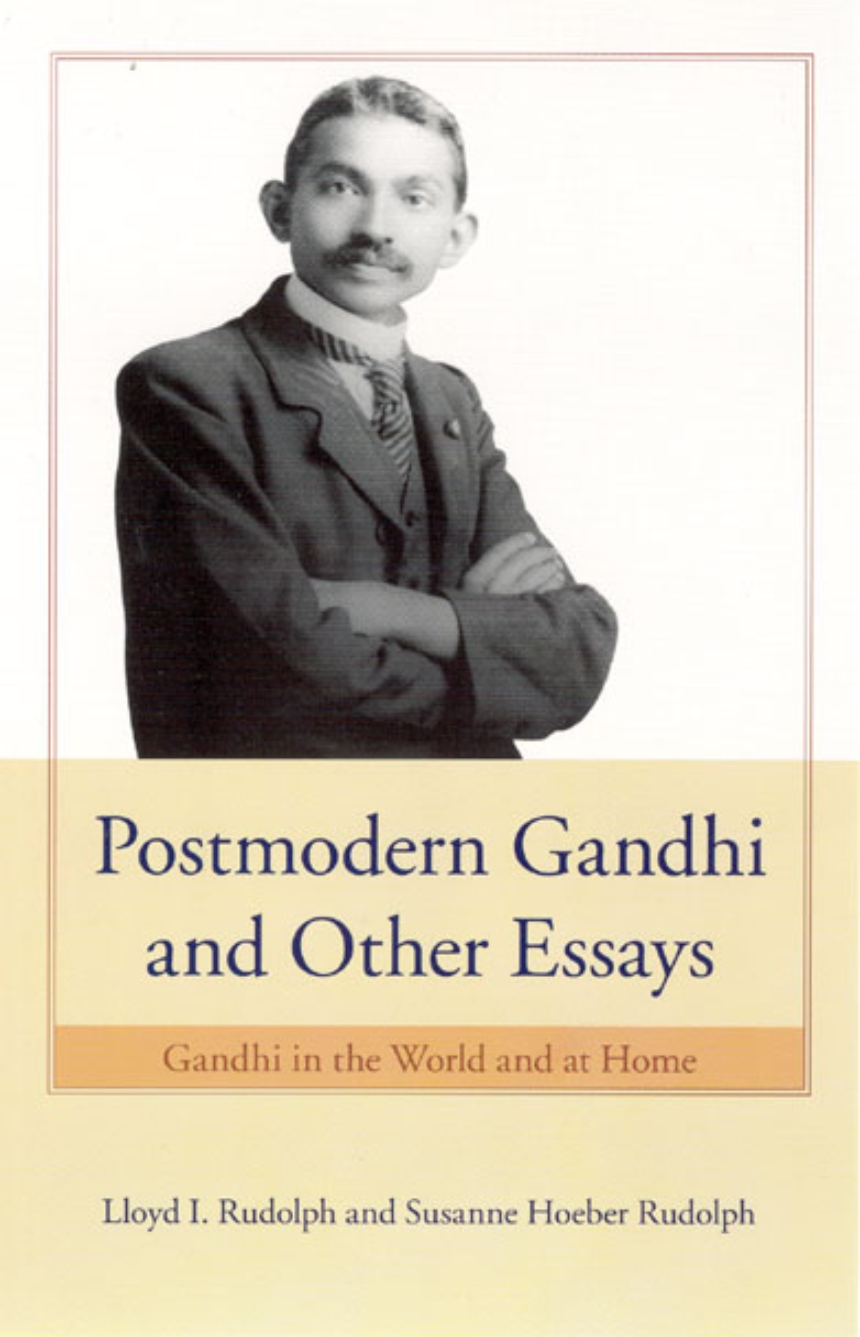 Postmodern Gandhi and Other Essays

Gandhi in the World and at Home

Postmodern Gandhi and Other Essays

Gandhi in the World and at Home

Gandhi, with his loincloth and walking stick, seems an unlikely advocate of postmodernism. But in Postmodern Gandhi, Lloyd and Susanne Rudolph portray him as just that in eight thought-provoking essays that aim to correct the common association of Gandhi with traditionalism.

Combining core sections of their influential book Gandhi: The Traditional Roots of Charisma with substantial new material, the Rudolphs reveal here that Gandhi was able to revitalize tradition while simultaneously breaking with some of its entrenched values and practices. Exploring his influence both in India and abroad, they tell the story of how in London the young activist was shaped by the antimodern “other West” of Ruskin, Tolstoy, and Thoreau and how, a generation later, a mature Gandhi’s thought and action challenged modernity’s hegemony. Moreover, the Rudolphs argue that Gandhi’s critique of modern civilization in his 1909 book Hind Swaraj was an opening salvo of the postmodern era and that his theory and practice of nonviolent collective action (satyagraha) articulate and exemplify a postmodern understanding of situational truth.

This radical interpretation of Gandhi’s life will appeal to anyone who wants to understand Gandhi’s relevance in this century, as well as students and scholars of politics, history, charismatic leadership, and postcolonialism.

"A lively and provocative read. . . . The essays on the ’postmodern Gandhi,’ on Gandhi’s influence . . . in America, and on the utter contingencies of partition in particular would seem to have remarkable potential as discussion pieces for classroom debate. None are entirely new arguments, but they are powerful and extremely well-articulated ones."

"A substantial, insightful, challenging, and controversial work. This volume will appeal to a wide and diverse readership of specialists, students, and general readers who are interested in Gandhi’s relevance for today’s world. The essays are valuable for readers in history, politics, cultural studies, Asian studies, comparative studies, postcolonial studies, and other fields."

Part One
1. Postmodern Gandhi
2. The Road Not Taken: The Modernist Roots of Partition
3. Gandhi in the Mind of America
4. The Coffee House and the Ashram Revisited: How Gandhi Democratized Habermas’ Public Sphere

Part Two
5. The Fear of Cowardice
6. Gandhi and the New Courage
7. Self-Control and Political Potency
8. This-Worldly Asceticism and Political Modernization