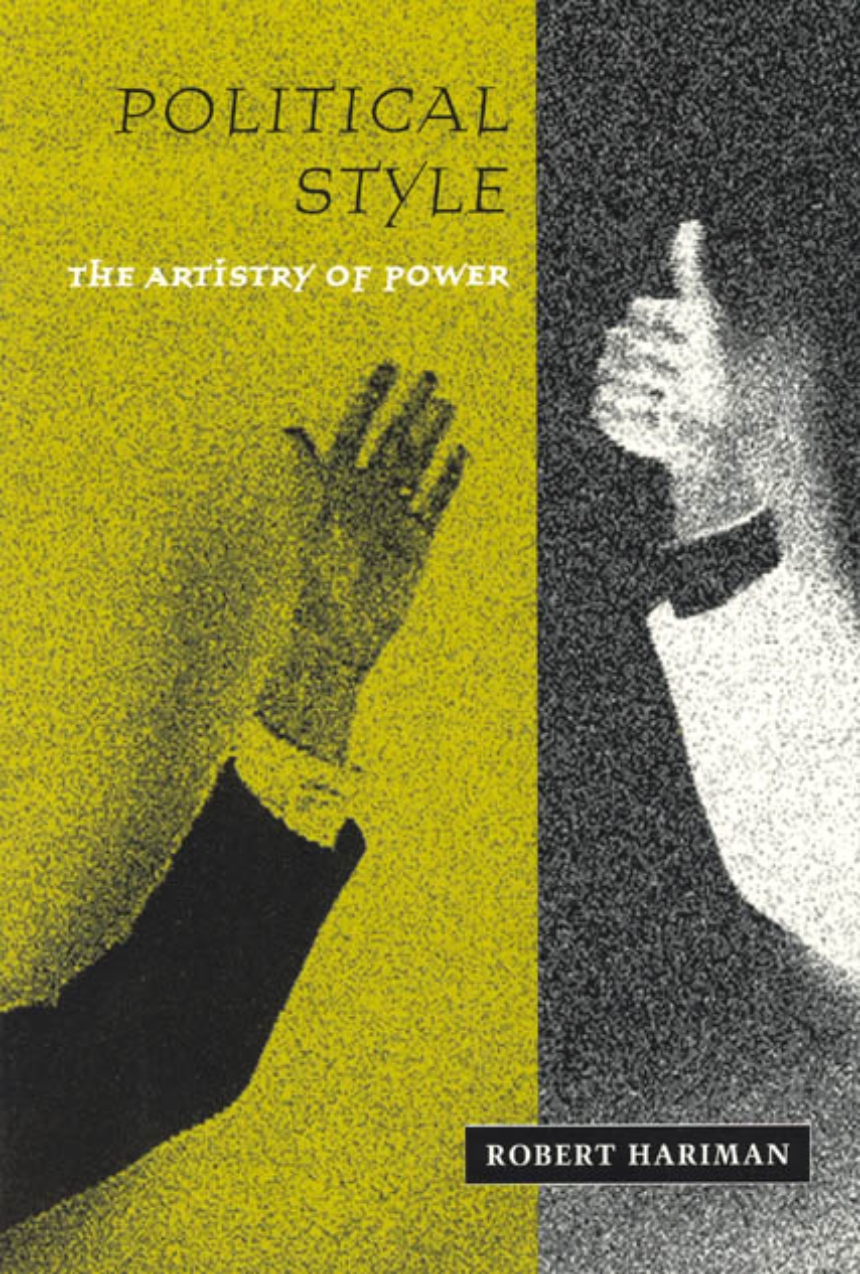 The Artistry of Power

The Artistry of Power

In critical studies of classic texts, Hariman identifies four dominant political styles. The realist style, as found in Machiavelli’s The Prince, creates a world of sheer power, constant calculation, and emotional control; this style is the common sense of modern political science. The courtly style, depicted in Kapuscinski’s The Emperor, is characterized by high decorousness, hierarchies, and fixation on the body of the sovereign; this style infuses mass media coverage of the American presidency. The republican style, reflected in Cicero’s letters to Atticus, promotes the art of oratory, consensus, and civility; it informs our ideal of democratic conversation. The bureaucratic style, as captured in Kafka’s The Castle, emphasizes institutional procedures, official character, and the priority of writing; this style structures everday life.

Hariman looks at effective political artistry in figures from antiquity to modern politicians such as Vaclav Havel, Ronald Reagan, and Bill Clinton. He discusses the crises to which each style is susceptible, as well as the social and moral consequences of each style’s success.

Acknowledgments
Ch. 1: Introduction
Ch. 2: No Superficial Attractions and Ornaments: The Invention of Modernity in Machiavelli’s Realist Style
Ch. 3: No One Is in Charge Here: Ryszard Kapuscinski’s Anatomy of the Courtly Style
Ch. 4: In Oratory as in Life: Civic Performance in Cicero’s Republican Style
Ch. 5: A Boarder in One’s Own Home: Franz Kafka’s Parables of the Bureaucratic Style
Ch. 6: Conclusion
Notes
Index
Back to top