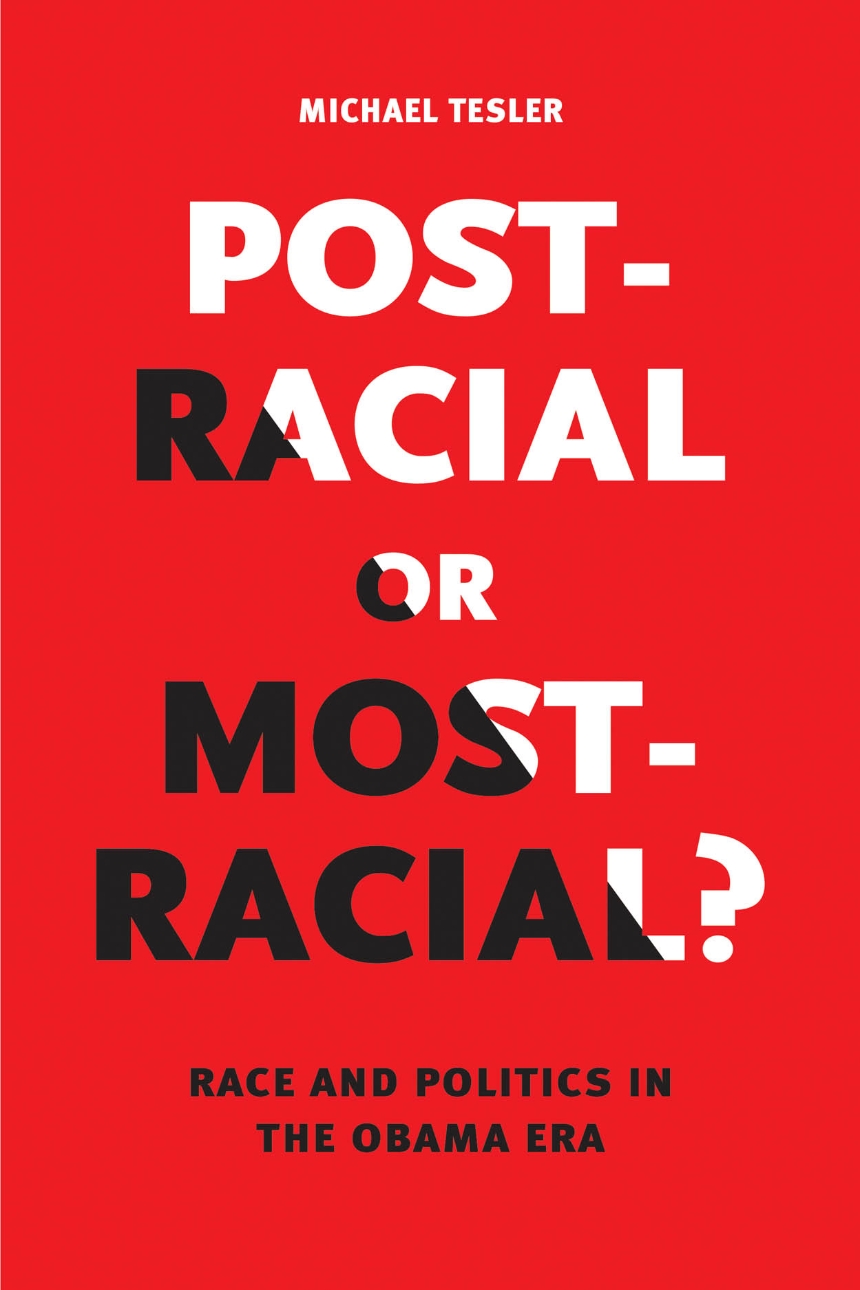 Race and Politics in the Obama Era

Race and Politics in the Obama Era

When Barack Obama won the presidency, many posited that we were entering into a post-racial period in American politics. Regrettably, the reality hasn’t lived up to that expectation. Instead, Americans’ political beliefs have become significantly more polarized by racial considerations than they had been before Obama’s presidency—in spite of his administration’s considerable efforts to neutralize the political impact of race.

Michael Tesler shows how, in the years that followed the 2008 election—a presidential election more polarized by racial attitudes than any other in modern times—racial considerations have come increasingly to influence many aspects of political decision making. These range from people’s evaluations of prominent politicians and the parties to issues seemingly unrelated to race like assessments of public policy or objective economic conditions. Some people even displayed more positive feelings toward Obama’s dog, Bo, when they were told he belonged to Ted Kennedy. More broadly, Tesler argues that the rapidly intensifying influence of race in American politics is driving the polarizing partisan divide and the vitriolic atmosphere that has come to characterize American politics.

One of the most important books on American racial politics in recent years, Post-Racial or Most-Racial? is required reading for anyone wishing to understand what has happened in the United States during Obama’s presidency and how it might shape the country long after he leaves office.

An online appendix of additional data is available.

“One of the most important books on racial politics to appear in the United States, Post-Racial or Most-Racial? presents cutting-edge analysis of racial attitudes and their effects on modern American politics. Tesler superbly sets out the extent to which heightened partisan and ideological polarization characterizing American politics in the last two decades is a deeply racialized division and argues persuasively that mass politics became more heavily influenced by racial considerations during Obama’s presidency. Statistically rigorous, theoretically nuanced, and politically important, this is a major work of original scholarship.”

“Tesler’s subject is racialization: the process whereby racial considerations are brought more heavily to bear on political evaluations. His claim is that Obama’s omnipresence as president and his embodiment of blackness has produced widespread racialization in the white public. The strength of the project—and it is a considerable strength—is Tesler’s brilliant marshaling of evidence in support of his claim: from repeated cross-sectional surveys carried out with identical instrumentation on comparable national samples, before and during Obama’s presidency; from several National Science Foundation-funded studies that reinterview respondents who had participated in previous national surveys prior to Obama’s rise to national prominence; and from a series of artfully designed experiments. Decades ago, Myrdal argued that a fundamental test of the American experiment with democracy was how well we would deal with race. He was right. Tesler has shown how far we have yet to go.”

"Tesler makes a powerful argument that race has affected even seemingly non-racial parts of American society.”

"The main course of the book is an attempt to demonstrate, with scientific validity, the influence of these racial attitudes during the Obama years. This happens to be an exceedingly complicated business, because people are highly sensitive to questions about their attitudes on race, and are thus highly adept at avoiding answers that might show them as racist. . . . Tesler’s book painstakingly shows how comprehensive these problems were when dealing with the nation’s first black president"