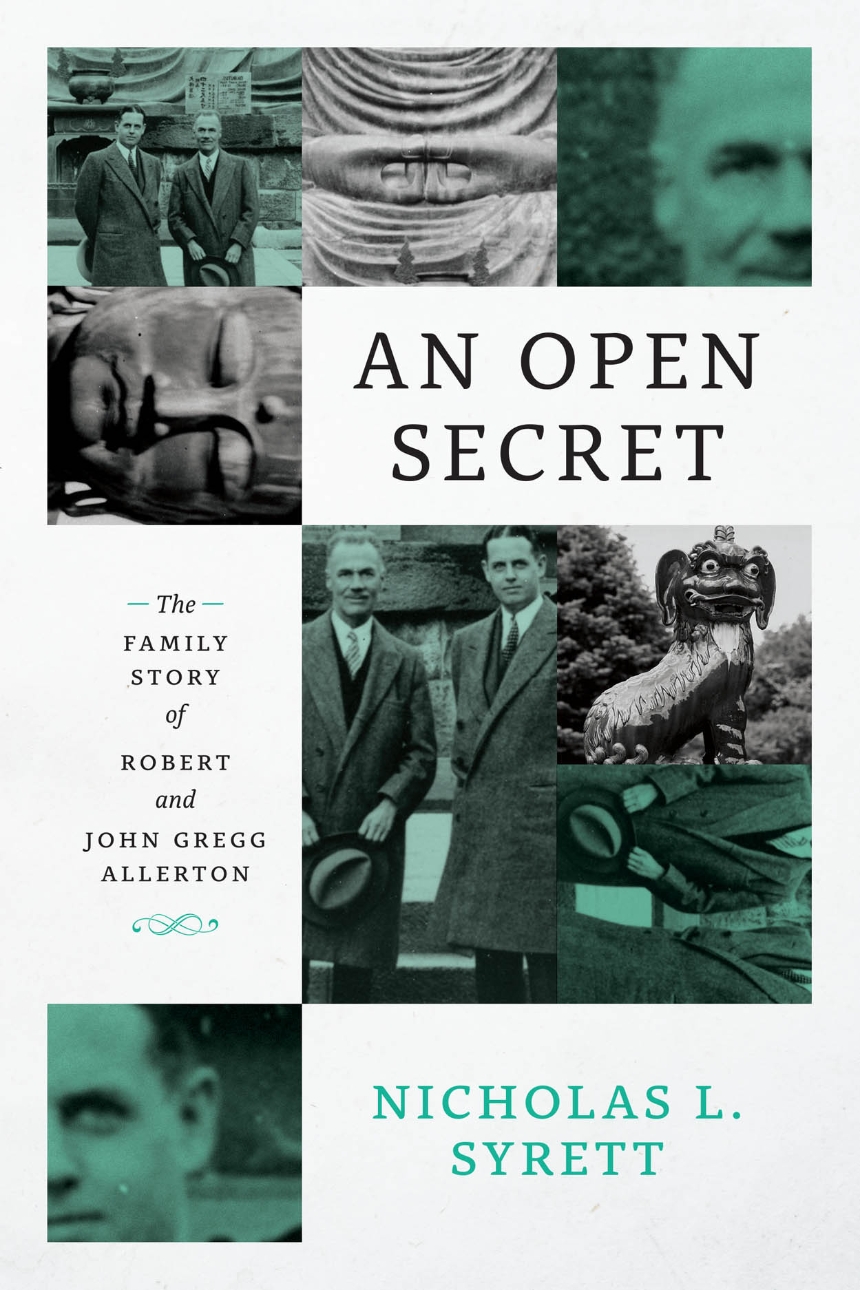 The Family Story of Robert and John Gregg Allerton

The Family Story of Robert and John Gregg Allerton

In 1922 Robert Allerton—described by the Chicago Tribune as the “richest bachelor in Chicago”—met a twenty-two-year-old University of Illinois architecture student named John Gregg, who was twenty-six years his junior. Virtually inseparable from then on, they began publicly referring to one another as father and son within a couple years of meeting. In 1960, after nearly four decades together, and with Robert Allerton nearing ninety, they embarked on a daringly nonconformist move: Allerton legally adopted the sixty-year-old Gregg as his son, the first such adoption of an adult in Illinois history.

An Open Secret tells the striking story of these two iconoclasts, locating them among their queer contemporaries and exploring why becoming father and son made a surprising kind of sense for a twentieth-century couple who had every monetary advantage but one glaring problem: they wanted to be together publicly in a society that did not tolerate their love. Deftly exploring the nature of their design, domestic, and philanthropic projects, Nicholas L. Syrett illuminates how viewing the Allertons as both a same-sex couple and an adopted family is crucial to understanding their relationship’s profound queerness. By digging deep into the lives of two men who operated largely as ciphers in their own time, he opens up provocative new lanes to consider the diversity of kinship ties in modern US history.

"The first lines of Nicholas Syrett’s third book, An Open Secret: The Family Story of Robert and John Gregg Allerton, had me hooked. . . [Syrett] takes us into the world of an Illinois couple—one born into a rich family with ties to the founding of the Union Stock Yards and the First National Bank of Chicago; the other an orphan in his early twenties, attending the University of Illinois at Urbana-Champaign for architecture with a part-time job and inheritance money."

“The book brings a critical view to the gay intergenerational relationship. It reveals how same-sex love was transformed into familial ties but also into an open secret where the boundary between knowingness and unknowingness was always in suspension.”

"An intriguing, complicated, and critical account of a queer affair and one that demonstrates the difficulty of applying contemporary terminologies, practices, and values to past relationships, especially those with limited and latent evidence of queerness. . . . Highly recommended."

“Syrett’s expert portrait shakes up modern assumptions about queer coupledom. His richly nuanced interpretation reveals that the kinship claim of these men was not merely a front to hide their sexuality, but a deeply meaningful structure for their emotional and physical intimacy. Not quite the story of a same-sex marriage, An Open Secret shows that the history of male same-sex companionship is much queerer indeed.”

“Syrett escorts us into a world of wealth and privilege and creatively examines the decades-long intimacy of Allerton and Gregg. Filled with surprising revelations, Syrett’s account offers a new angle on the forms that queer life and love has taken in the past.”

“Syrett has crafted an eye-opening and engaging narrative, making a provocative contribution to queer history in his assertion that Allerton and Gregg may have had a relationship akin to bothmarriage and father to son—and that the two are not mutually exclusive. The story of this moneyed conservative couple disturbingly reveals how the privileged found community and refuge in open and secretive ways during a time of heightened homophobia.”

Amy Sueyoshi, author of Queer Compulsions: Race, Nation, and Sexuality in the Affairs of Yone Noguchi

“An Open Secret is a beautifully written, powerful account of queer domesticity, sympathetically humane but never simplistically celebratory of its subjects. Syrett deftly situates his biography in a broader history of twentieth-century LGBTQ communities and culture, offering a hot new take on the expansive queerness that defined some same-sex relationships before the emergence of the modern LGBTQ rights movement.”

"With previous books on the history of white college fraternities and the history of child marriage in the United States, Nicholas Syrett has a reputation for selecting fresh topics and conducting sound research and analysis. Adept with context, he has an impressive way of seeing topics, situations, and individuals in their singularity and as a means of exploring broad cultural themes. An Open Secret continues Syrett’s tradition of originality, attention to context, and rigorous analysis. The book is rich in ideas gracefully expressed."

Journal of the History of Sexuality

5 Lord of a Hawaiian Island

6 Queer Domesticity in Illinois and Hawai‘i