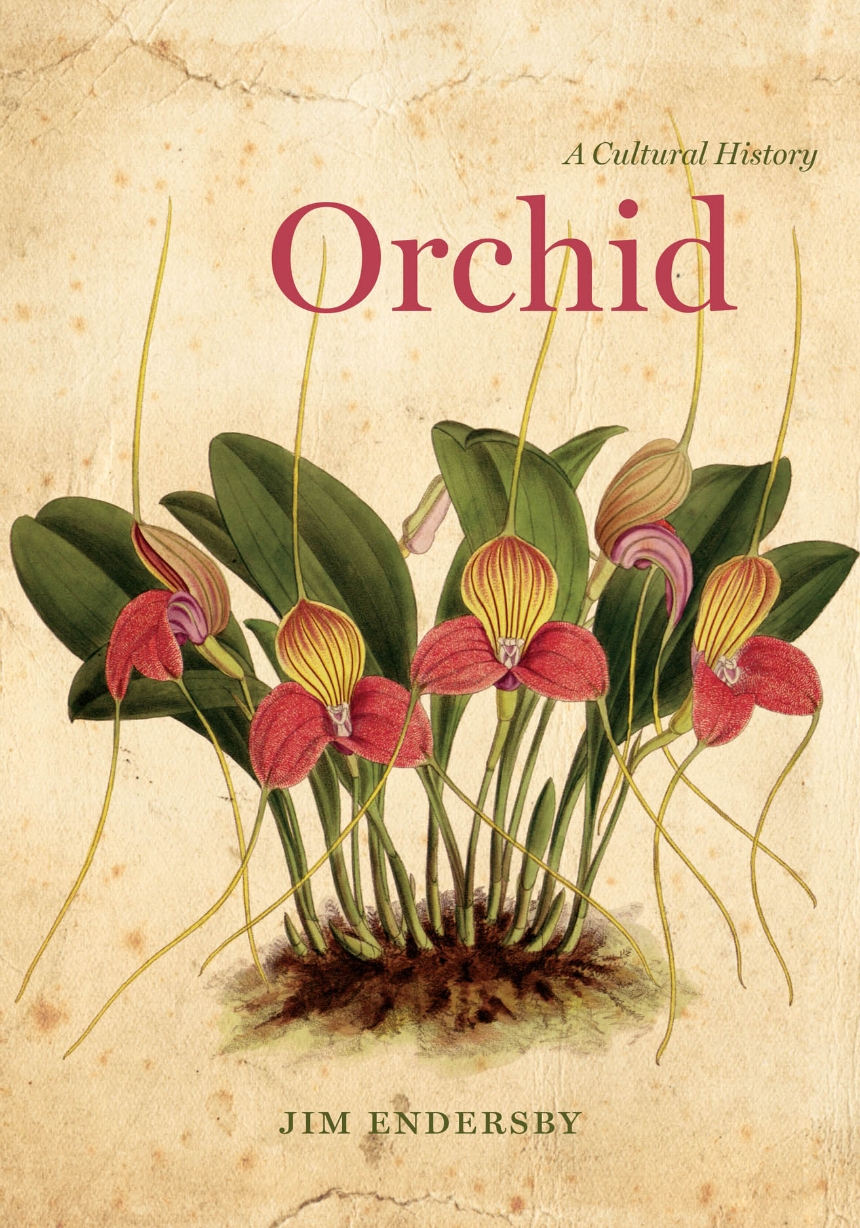 At once delicate, exotic, and elegant, orchids are beloved for their singular, instantly recognizable beauty. Found in nearly every climate, the many species of orchid have carried symbolic weight in countless cultures over time. The ancient Greeks associated them with fertility and thought that parents who ingested orchid root tubers could control the sex of their child. During the Victorian era, orchids became deeply associated with romance and seduction. And in twentieth-century hard-boiled detective stories, they transformed into symbols of decadence, secrecy, and cunning. What is it about the orchid that has enthralled the imagination for so many centuries? And why do they still provoke so much wonder?

Following the stories of orchids throughout history, Jim Endersby divides our attraction to them into four key themes: science, empire, sex, and death. When it comes to empire, for instance, orchids are a prime example of the exotic riches sought by Europeans as they shaped their plans for colonization. He also reveals how Charles Darwin’s theory of evolution became intimately entangled with the story of the orchid as he investigated their methods of cross-pollination. As he shows, orchids—perhaps because of their extraordinarily diverse colors, shapes, and sizes—have also bloomed repeatedly in films, novels, plays, and poems, from Shakespeare to science fiction, from thrillers to elaborate modernist novels.

Featuring many gorgeous illustrations from the collection of the Royal Botanic Gardens, Kew, Orchid: A Cultural History tells, for the first time, the extraordinary story of orchids and our prolific interest in them. It is an enchanting tale not only for gardeners and plant collectors, but anyone curious about the flower’s obsessive hold on the imagination in history, cinema, literature, and more.

“Weaves a clever course between science and fiction. . . . Endersby has provided an engrossing series of stories, engagingly told.”

"Few orchid books are as fascinating as this. Endersby explores the grip of these exotic flowers on the human imagination, reflected in literature from antiquity. Their beauty has appealed to a gamut of emotions – romance, lust, avarice, jealousy – and no other plant family has become so deeply embedded in fiction and poetry. Melding art and science, this original title reminds us that the destruction of biodiversity also inflicts damage on our shared culture, a fundamental attribute of human existence."

"Traces the story of our fascination with these elegant flowers."

"Orchid: A Cultural History explores the associations that have endowed this flower with significance, and describes how the orchid’s identity has run the gamut from romance and seduction to decadence and cunning. Endersby understands the importance of making science accessible to a general audience, and in Orchid he initially grabs readers' attention by emphasizing the plant's historic identity as an aphrodisiac."

“Featuring many gorgeous illustrations from the collection of the Royal Botanic Gardens, Kew, Orchid: A Cultural History tells, for the first time, the extraordinary story of orchids and our prolific interest in them. It is an enchanting tale not only for gardeners and plant collectors, but anyone curious about the flower’s obsessive hold on the imagination in history, cinema, literature, and more.”

“An orchid thriller. Orchids are beautiful, strange, savage, sexy, mysterious, luxurious and expensive rarities. From H. G. Wells to Susan Orlean, and even James Bond movies, orchids turn up everywhere. Explorers have died searching for new orchids in faraway steamy jungles. Endersby traces the history of our scientific understanding of orchids, and their culture, from the Greeks to present orchid enthusiasts. You won’t be able to put down this lavishly illustrated and fascinating book.”

Stephen Buchmann, author of The Reason for Flowers

“Endersby has written an engaging and enlightening account of one of the Earth's most mythologized botanical wonders.”

“Endersby will convince you that the only things odder than orchid flowers are the minds of male humans. Although botanists, horticulturists and Charles Darwin blew away thousands of years of whacky folklore their facts were twisted, influencing many movies, detective novels and science fiction stories. The Victorian ‘Language of Flowers’ should be revised for the turn of the century until orchids become symbols of words like ‘Contradiction’ and ‘Suspicion’.”

Peter Bernhardt, author of Darwin’s Orchids: Then and Now

“In this seductive and clever survey, Endersby brilliantly shows how the range of meanings attributed to the extraordinary and beautiful varieties of orchid emerged from fundamental features of European culture, from classical Greece to networked modernity.”

“Orchid compellingly demonstrates that the cultural history of these plants is as strange, wonderful, and varied—and as full of sexual mystery—as orchids are themselves. The relationships between the stories of orchids told by scientists and those told by writers, filmmakers, collectors, and journalists prove to be, like the relationships between orchids and their pollinators, overwhelmingly cases of cross-fertilization.”

"This book captures the allure of orchids - and there is something for everyone, from complete beginner to more knowledgeable reader. For inquisitive readers there is a useful bibliography and list of notes at the end. The author manages to achieve his task in a compact, readable book: he is to be commended."

"The history of the scientific understanding of the orchid is a core interest in this book. Endersby writes for multiple audiences, and with a clear and welcoming style, explaining terms along the way for those not fluent in botany-speak."

"In this account, stories of how the mysterious orchid has gradually become known to science are inseparable from the peculiarities of orchid morphology and reproduction as much as from societal shifts in religion, class, gender, colonialism, and industrialization. Through this wide scope, from literature and cinema to herbaria specimens, from ancient Greek plant lore to today’s pressing anxieties about climate change, Orchids raises important questions about how to account for the long expanses, complexities, and dramatic shifts of botanical history—and why it matters. It is at once eloquent, illuminating, accessible, and witty."