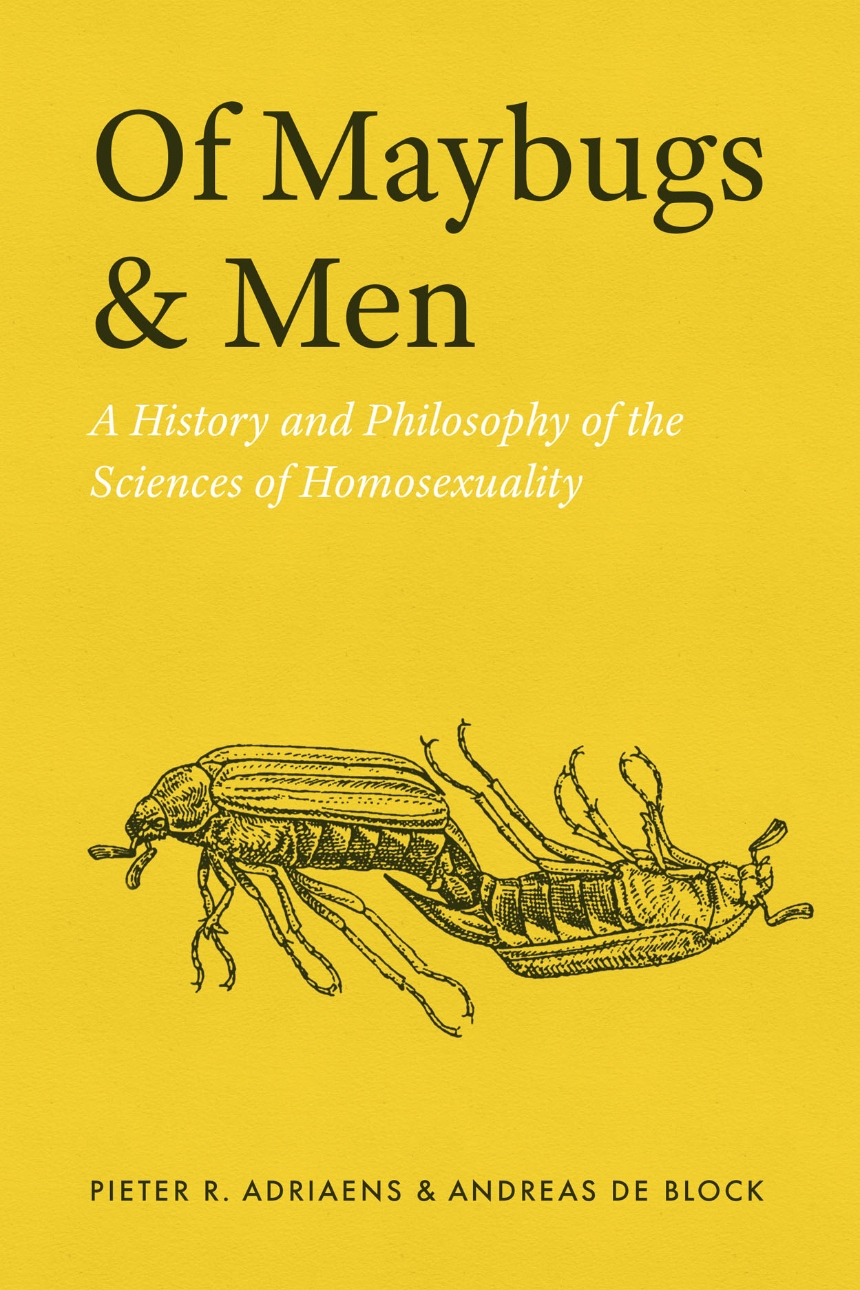 A History and Philosophy of the Sciences of Homosexuality

A History and Philosophy of the Sciences of Homosexuality

A much-needed exploration of the history and philosophy of scientific research into male homosexuality.

Questions about the naturalness or unnaturalness of homosexuality are as old as the hills, and the answers have often been used to condemn homosexuals, their behaviors, and their relationships. In the past two centuries, a number of sciences have involved themselves in this debate, introducing new vocabularies, theories, arguments, and data, many of which have gradually helped tip the balance toward tolerance and even acceptance. In this book, philosophers Pieter R. Adriaens and Andreas De Block explore the history and philosophy of the gay sciences, revealing how individual and societal values have colored how we think about homosexuality.

The authors unpack the entanglement of facts and values in studies of male homosexuality across the natural and human sciences and consider the extent to which science has mitigated or reinforced homonegative mores. The focus of the book is on homosexuality’s assumed naturalness. Geneticists rephrased naturalness as innateness, claiming that homosexuality is innate—colloquially, that homosexuals are born gay. Zoologists thought it a natural affair, documenting its existence in myriad animal species, from maybugs to men. Evolutionists presented homosexuality as the product of natural selection and speculated about its adaptive value. Finally, psychiatrists, who initially pathologized homosexuality, eventually appealed to its naturalness or innateness to normalize it.

Discussing findings from an array of sciences—comparative zoology, psychiatry, anthropology, evolutionary biology, social psychology, developmental biology, and machine learning—this book is essential reading for anyone interested in what science has to say about homosexuality.

“Prejudice against those who identify as LGBT is ongoing in our culture. This makes the magnificently comprehensive and thoughtful Of Maybugs and Men: A History and Philosophy of the Sciences of Homosexuality a work of pressing contemporary relevance. Covering a wide range of topics, from the questions of homosexuality in animals and of evolutionary perspectives on homosexuality, to the philosophical and social implications of judging any kind of sexuality as healthy or otherwise, indeed of even asking such questions, it is essential reading: for researchers, for those making and enforcing social policy, and more widely for all who think we should strive to understand the nature of ourselves, human beings. A very important book.”

Michael Ruse, author of Atheism: What Everyone Needs to Know

"Against a long backdrop of simplistic discussions of the etiology of homosexuality, Of Maybugs and Men is a breath of fresh air. Pieter Adriaens and Andreas De Block explore not only the science of sexual orientation but also the indispensable value judgments that permeate empirical investigation. A must-read for anyone working on these topics—indeed, for anyone interested in how to approach history, science, and sexuality with rigor and nuance."

"With contemporary attitudes and concepts around gender, sex, and sexual orientation evolving at a breakneck pace, it can be hard to find one's footing or coherently navigate through the ever-changing—highly politicized—discourse. Helpfully, Adriaens and De Block have taken on the subject of same-sex sexual orientation from an interdisciplinary perspective: they draw on history, philosophy, and sociology of science, among other disciplines, to provide a much-needed, rich and illuminating frame of reference that will inform and challenge even the most seasoned scholars of sex and sexual orientation. At the same time, beginners will appreciate their clear, fresh writing tethered to many concrete examples and illustrations. Their book is a delight to read and marks an important contribution to our understanding of who we are as sexual beings."

Brian D. Earp, coeditor of The Routledge Handbook of Philosophy of Sex and Sexuality

"Adriaens and De Block present an incisive review of research into male homosexuality from a philosophical perspective. They carefully dissect the meanings of terms that researchers often employ without a great deal of thought. Their ideas about the evolution of homosexuality are especially illuminating."

Simon LeVay, author of Gay, Straight, and the Reason Why