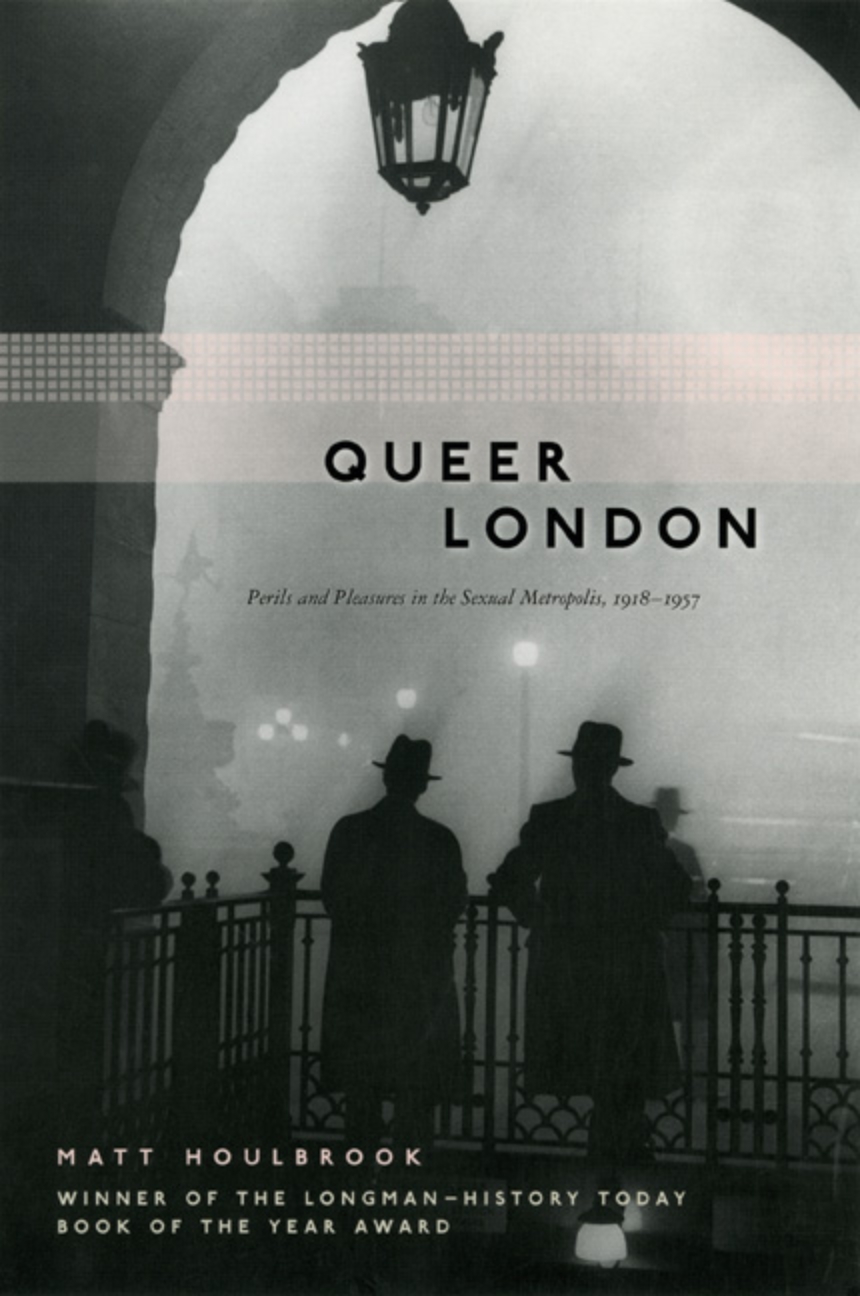 In August 1934, young Cyril L. wrote to his friend Billy about all the exciting men he had met, the swinging nightclubs he had visited, and the vibrant new life he had forged for himself in the big city. He wrote, "I have only been queer since I came to London about two years ago, before then I knew nothing about it." London, for Cyril, meant boundless opportunities to explore his newfound sexuality. But his freedom was limite: he was soon arrested, simply for being in a club frequented by queer men.

Cyril’s story is Matt Houlbrook’s point of entry into the queer worlds of early twentieth-century London. Drawing on previously unknown sources, from police reports and newspaper exposés to personal letters, diaries, and the first queer guidebook ever written, Houlbrook here explores the relationship between queer sexualities and modern urban culture that we take for granted today. He revisits the diverse queer lives that took hold in London’s parks and streets; its restaurants, pubs, and dancehalls; and its Turkish bathhouses and hotels—as well as attempts by municipal authorities to control and crack down on those worlds. He also describes how London shaped the culture and politics of queer life—and how London was in turn shaped by the lives of queer men. Ultimately, Houlbrook unveils the complex ways in which men made sense of their desires and who they were. In so doing, he mounts a sustained challenge to conventional understandings of the city as a place of sexual liberation and a unified queer culture.

A history remarkable in its complexity yet intimate in its portraiture, Queer London is a landmark work that redefines queer urban life in England and beyond.

“A ground-breaking work. While middle-class lives and writing have tended to compel the attention of most historians of homosexuality, Matt Houlbrook has looked more widely and found a rich seam of new evidence. It has allowed him to construct a complex, compelling account of interwar sexualities and to map a new, intimate geography of London.”—Matt Cook, The Times Higher Education Supplement

Winner of History Today’s Book of the Year Award, 2006

“Through an extensive trawl of police records, Matt Houlbrook provides an insight into the dangers and excitements of the underground homosexual scene during the first half of the 20th century. Homosexual behaviour was still an imprisonable offence, yet Houlbrook shows how men defined their own spaces in the metropolis, establishing covert places where they could meet like-minded men. . . . This is a well-researched book which adds to recent scholarship in the history of sexuality. The author challenges the rigid views found in current observations of homosexuality extending our understanding by, quite rightly, placing into the broader overall pattern of changing masculinity.”

“From the dockside pubs and river steps of the East End to the glittering Long Bar of the Trocadero; from the Savoy Turkish Baths in Jermyn Street to the stinking cast-iron urinals on Fair Street in Bermondsey, Houlbrook’s narrative meanders across a capital city as protean as the middle-class men and working-class boys who lived and lusted, loved and (more often than not) loitered and lost within it.”

“Queer London explores the relationship between gay sexualities and modern urban culture, revisiting the restaurants, pubs, dance halls, Turkish baths and hotels of London, and shows how municipal authorities tried to crack down on these worlds.”

“As Queer London makes remarkably clear, just a few decades ago, significant numbers of (working-class) young men were not only moving freely between male and female partners but were happy to brag about it. So long as they were ‘butch’ and active—or claimed they were—it would merely enhance their reputation with the lads.”

"A ground-breaking work. While middle-class lives and writing have tended to compel the attention of most historians of homosexuality, Matt Houlbrook has looked more widely and found a rich seam of new evidence. It has allowed him to construct a complex, compelling account of interwar sexualities and to map a new, intimate geography of London. . . . Houlbrook vividly illustrates the significance of actual places and things in London, and so indicates the importance of material culture to the way men were experiencing themselves and each other. He takes chiffon, suede, lipstick, powder and puffs, urinals, parks, pavements, shops, bars and lodging houses as seriously as sexological tomes and earnest fiction. All of these were, after all, the stuff of everyday life. . . . All this vivid detail is delivered with analytic acumen and theoretical sophistication. We rarely lose sight of the point of stories and anecdotes as they build to illustrate arguments about the city and the plural and shifting understandings of queer sex and affections. Houlbrook reminds us that there was no singular queer type or unified queer scene, and neither is there a seamless queer history telling the story of progressive liberation."

"Houlbrook, in this well-researched and fascinating study, seeks to rescue the lives of men who loved other men . . . from the ’condescension of posterity.’ Drawing upon personal memoirs, novels and criminal records he depicts a population which lived in a very different framework from that of gay men today."

"This theoretically informed, innovative, cleverly researched, subtle, graceful, brilliant book demonstrates just how good history can be. . . . Althgough Houlbrook has published some of the material before in well-crafted articles, none of them prepares the reader for the sheer power and delight of this book."

"Houlbrook weaves together a rich diversity of material—oral and published memoirs, biographies, newspaper reports and opinion pieces. and a vast range of archival materials—into a compelling and thought-provoking narrative."

"In this ambitious study, Matt Houlbrook shows why for many men coming to London and becoming homosexual were part of the same process. . . . Engaging and well written."

“QueerLondon is saturated by explicit anecdotes of intimacy of men of every age, class, and walk of life in strikingly various places. A passionate storyteller as much as method historian, Houlbrook creates a compelling testimony...”