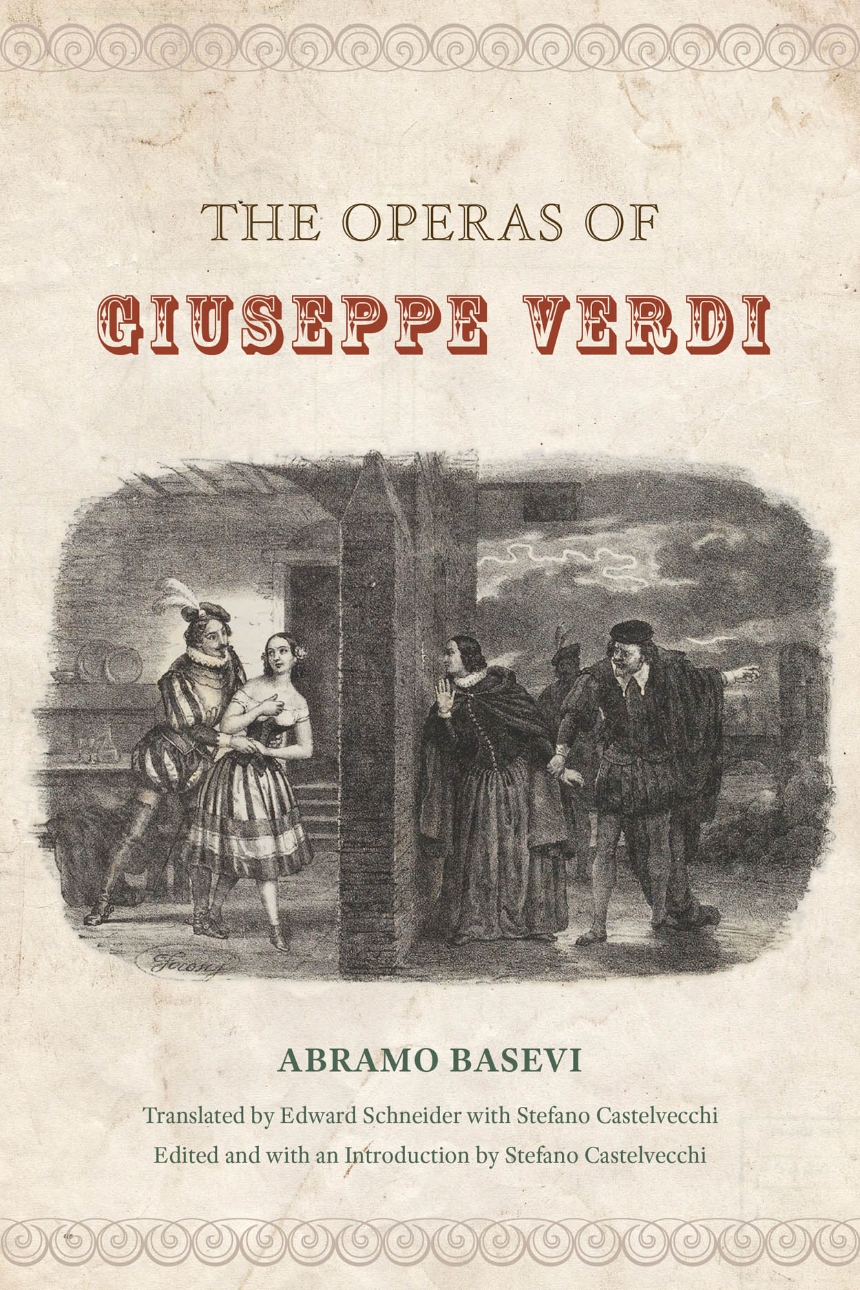 The Operas of Giuseppe Verdi

The Operas of Giuseppe Verdi

Abramo Basevi published his study of Verdi’s operas in Florence in 1859, in the middle of the composer’s career. The first thorough, systematic examination of Verdi’s operas, it covered the twenty works produced between 1842 and 1857—from Nabucco and Macbeth to Il trovatore, La traviata, and Aroldo. But while Basevi’s work is still widely cited and discussed—and nowhere more so than in the English-speaking world—no translation of the entire volume has previously been available. The Operas of Giuseppe Verdi fills this gap, at the same time providing an invaluable critical apparatus and commentary on Basevi’s work.
As a contemporary of Verdi and a trained musician, erudite scholar, and critic conversant with current and past operatic repertories, Basevi presented pointed discussion of the operas and their historical context, offering today’s readers a unique window into many aspects of operatic culture, and culture in general, in Verdi’s Italy. He wrote with precision on formal aspects, use of melody and orchestration, and other compositional features, which made his study an acknowledged model for the growing field of music criticism. Carefully annotated and with an engaging introduction and detailed glossary by editor Stefano Castelvecchi, this translation illuminates Basevi’s musical and historical references as well as aspects of his language that remain difficult to grasp even for Italian readers.
Making Basevi’s important contribution to our understanding of Verdi and his operas available to a broad audience for the first time, The Operas of Giuseppe Verdi will delight scholars and opera enthusiasts alike.

“Basevi’s animated, highly opinionated writing makes for lively reading, and in documenting the views of one of the finest Italian critics of his day the book is invaluable. . . . Stefano Castelvecchi, the editor, has included an extensive glossary. . . . He has also done a superb job of tracking down Basevi’s extensive, often arcane references.”

“Brings a most important source on Verdi’s operas to English-speaking readers—scholars and aficionados alike. . . . Readers will discover a wealth of musical and cultural contextualization that is delivered with . . . an intent to integrate music with other fields (what today we call multidisciplinary studies). Basevi’s contextualization provides students of Verdi a firsthand report of the multifaceted world of the Risorgimento and his criticism is an impartial voice in an impassioned era.”

“Castelvecchi’s succinct yet broadly pitched Introduction to the new edition contributes invaluable background for engaging with Basevi’s remarks. . . . As compiled by Castelvecchi, the Basevi lexicon is a treasure trove for researchers. . . . Schneider and Castelvecchi’s exemplary translation . . . will no doubt send researchers off in new directions, continue to broaden our understanding of Verdi’s craft, and deepen our appreciation of the composer’s accomplishments.”

“A valuable resource not only for scholars working in the fields of Verdi studies in particular, but also for opera historians in other areas. . . . The English translation and editing have been deftly handled by Schneider and Castelvecchi. . . . The translators have sought to balance clarity of prose with a desire to retain the character of the original writing. . . . However, it is in the footnotes that this edition makes its greatest contribution. Castelvecchi has taken great pains to address the huge number of lexical quirks, references, sources, examples, and allusions Basevi introduces in his text. . . . The glossary of musical terms used by Basevi is equally illuminating.”

“Basevi’s Studio sulle opere di Giuseppe Verdi represents an extraordinary testimony to a new and important way of writing music criticism in mid-nineteenth-century Italy, and Basevi’s terminology and expressions have served as the foundations for influential analytical methods. This translation is polished, elegant, and eminently accessible to a modern reader. Castelvecchi provides a strong introduction, a wealth of explanatory notes, and a glossary that together make The Operas of Giuseppe Verdi a thoroughly engaging and vastly informative book, granting access to a fundamental nineteenth-century source for opera students and lovers.”

“Basevi had much to say that was novel about how Verdi dealt with issues of melodic construction, orchestration, and form. Schneider and Castelvecchi have done an excellent job in making the text correspond well to the sense of the original, using intelligent and very readable English, and the critical apparatus is superb. The glossary is particularly helpful—readers can better understand what these terms meant to Basevi and how those meanings can differ from today’s usage. This book will be important for scholars in any field of music.”