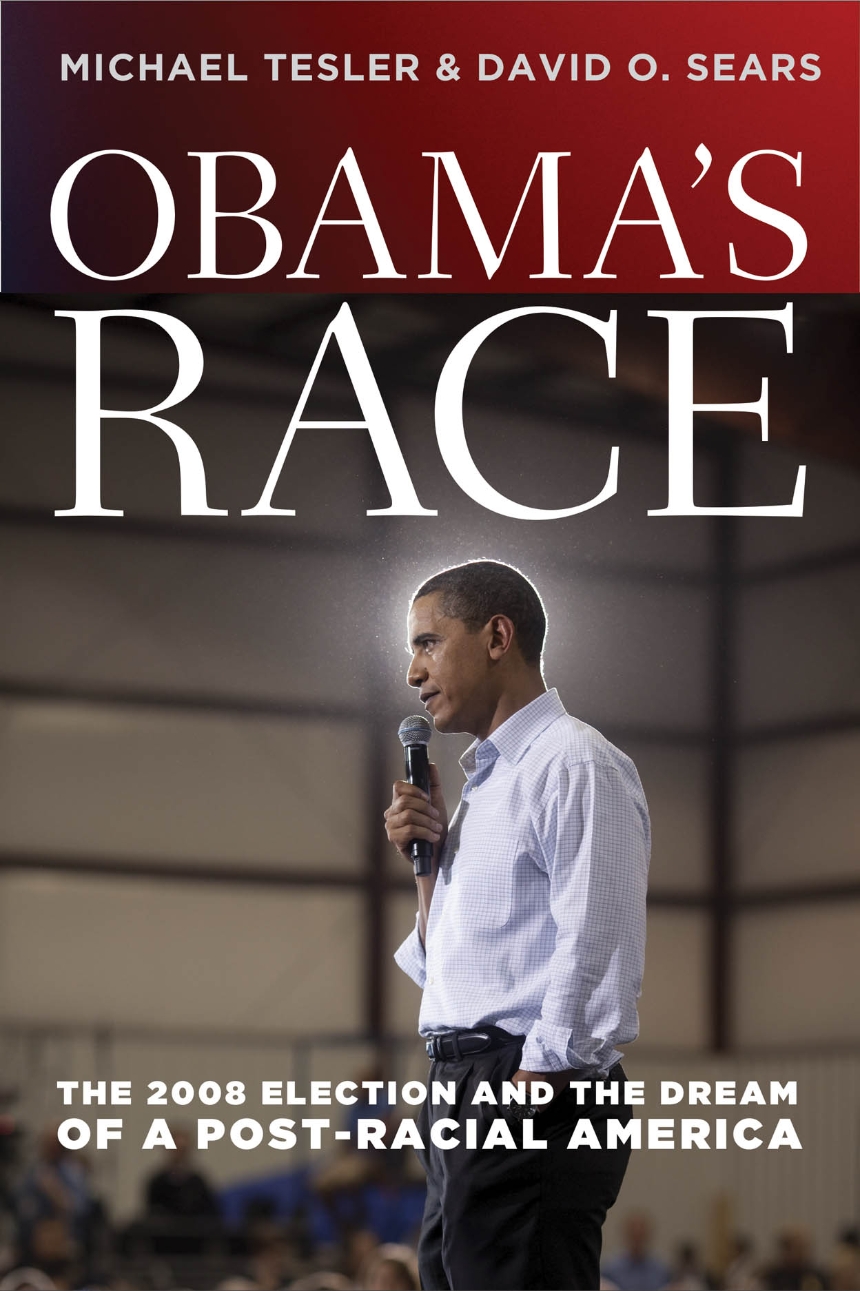 The 2008 Election and the Dream of a Post-Racial America

The 2008 Election and the Dream of a Post-Racial America

Barack Obama’s presidential victory naturally led people to believe that the United States might finally be moving into a post-racial era. Obama’s Race—and its eye-opening account of the role played by race in the election—paints a dramatically different picture.

The authors argue that the 2008 election was more polarized by racial attitudes than any other presidential election on record—and perhaps more significantly, that there were two sides to this racialization: resentful opposition to and racially liberal support for Obama. As Obama’s campaign was given a boost in the primaries from racial liberals that extended well beyond that usually offered to ideologically similar white candidates, Hillary Clinton lost much of her longstanding support and instead became the preferred candidate of Democratic racial conservatives. Time and again, voters’ racial predispositions trumped their ideological preferences as John McCain—seldom described as conservative in matters of race—became the darling of racial conservatives from both parties. Hard-hitting and sure to be controversial, Obama’s Race will be both praised and criticized—but certainly not ignored.

An online appendix of additional data is available.

“Obama’s Race is a timely, provocative, and important book that anyone with a passing interest in politics simply must read. In their careful and detailed analysis, Tesler and Sears make a persuasive case for why Obama’s election does not represent a fundamental sea change in how people think about politics. The results are striking, sobering, and deeply revealing.”

“Michael Tesler and David O. Sears do a masterful job of driving yet another nail into coffin of the pernicious myth that President Obama’s presidency signifies the advent of a ‘post-racial’ America. Obama’s Race makes the discouraging, but insightful point that American politics, even the politics of partisanship, ideology, class, and gender, is distorted by racial, specifically anti-black, animus. Tesler and Sears also use scientific analysis to confirm the newest dire twist to the politics of race—the degree to which it has become entwined with religious intolerance. This combination of racial and religious intolerance, Tesler and Sears demonstrate, make it nearly impossible for all too many Americans to objectively judge the President’s policy proposals. Obama’s Race is must reading for not only serious students of American politics, but for all readers concerned about the future of democracy in America.”

“This is an important book on an important topic. Michael Tesler and David O. Sears examine the impact of racial attitudes on political behavior in the 2008 election and they find that racial resentment played a major role in both the Democratic primaries and general election. Demonstrating the spillover effects of racial resentment on both policy and candidate evaluations, the authors show how resentment toward African Americans shaped views of the candidates, including Hillary Clinton and John McCain, and even how it influenced opinions on Barack Obama’s tax policies. Of interest not only to scholars and students, this book should be consulted by anyone who wants to understand the 2008 election and the course of American politics since then. This is an innovative, interesting, and influential work.”—Philip Klinkner, Hamilton College

Chapter 2: Racialized Momentum: The Two Sides of Racialization in the Primaries

Chapter 3: The General Election: The Two Sides of Racialization and Short-Term Political Dynamics

Chapter 4: The Spillover of Racialization

Chapter 5: The Racialized Voting Patterns of Racial and Ethnic Minorities

Chapter 6: The Paradox of Gender Traditionalists’ Support for Hillary Clinton

Chapter 7: Beyond Black and White: Obama as “Other”

Chapter 8: Is the Obama Presidency Post-Racial? Evidence from His First Year in Office