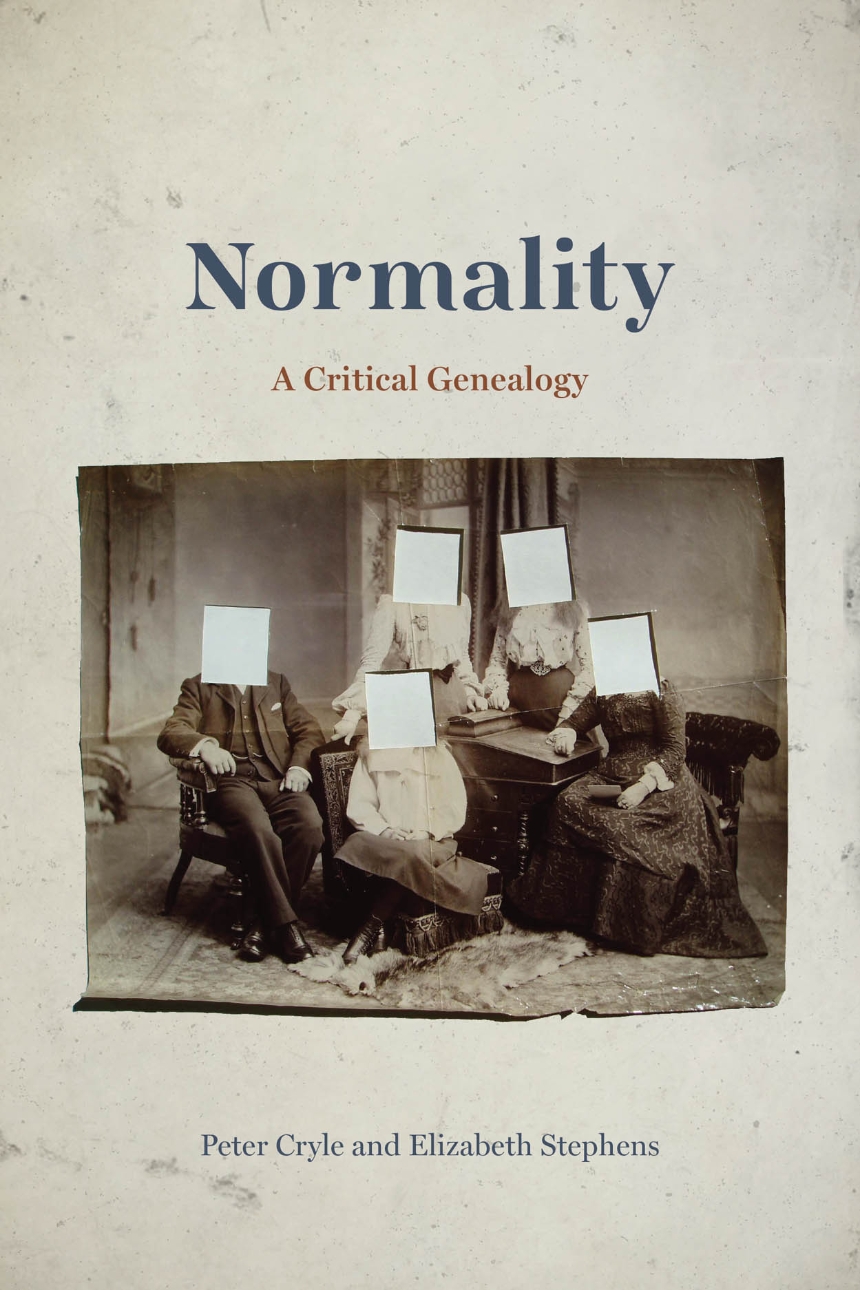 The concept of normal is so familiar that it can be hard to imagine contemporary life without it. Yet the term entered everyday speech only in the mid-twentieth century. Before that, it was solely a scientific term used primarily in medicine to refer to a general state of health and the orderly function of organs. But beginning in the middle of the twentieth century, normal broke out of scientific usage, becoming less precise and coming to mean a balanced condition to be maintained and an ideal to be achieved.

In Normality, Peter Cryle and Elizabeth Stephens offer an intellectual and cultural history of what it means to be normal. They explore the history of how communities settle on any one definition of the norm, along the way analyzing a fascinating series of case studies in fields as remote as anatomy, statistics, criminal anthropology, sociology, and eugenics. Cryle and Stephens argue that since the idea of normality is so central to contemporary disability, gender, race, and sexuality studies, scholars in these fields must first have a better understanding of the context for normality. This pioneering book moves beyond binaries to explore for the first time what it does—and doesn’t—mean to be normal.

“[Cryle and Stephens's] ambitious book pursues the emergence of statistical thinking from the eighteenth century onwards, the relationship between qualitative and quantitative, and the ways in which normality has been a locus of social control. They examine the word’s nearly simultaneous emergence in mathematics and medicine in the nineteenth century; and they trace its entry into popular culture in the mid-twentieth century, when it was the tool of those with commercial interests seeking to standardize mass-produced consumer goods. . . .Their fastidiously gathered evidence proves that normality has always been riddled with internal contradictions. Thus Cryle and Stephens present the etymology and genealogy of a word, the history of an idea, the cultural linguistics through which those threads have become entwined and the sociological ramifications of those subjectivities.”

“An impressive piece of scholarship for its magnitude and finegrained analysis that brings together key strands from a vast range of knowledge to produce a unified genealogy. . . .[Normality] will make an important contribution to both intellectual and cultural history.”

“An important look at the emergence and growth of the concept of normality during the modern era.”

“Cryle and Stephens unsettle our comfortable sense that we know what is meant by ‘normal.’ They provide a series of fascinating historical case studies that enable us to better understand how we came to use a term that has become naturalized and that too often goes unquestioned. This is an extremely timely and important book.”

“Normality is an indispensable, precise, and nuanced account of the uneven uptake of normality across nineteenth- and twentieth-century medicine, statistics, and consumer culture. Erudite as well as edgy, it shows that the terms and targets of normality have, since their modern emergence, been contested. Arguing that normality thrives on equivocation between the quantitative and the qualitative, the individuating and the standardizing, it persuades with overwhelming evidence that easy critical recourse to the normal/abnormal binary misses the incoherence and versatility that gives normality its enduring cultural power.”

“The rise of normativity across a broad range of progressive critical work as an ur-signifier for that which should be resisted has tended to obscure the fact that we don’t yet know that much about what it is to be normal. The immense value of Cryle and Stephen’s erudite and persuasive work is that it attends painstakingly to normality for the primary reason of understanding it as a phenomenon—its uneven historical emergence, the cultural effects of its conceptual incoherence, and its persistence as a cultural ideal. Working through a series of engaging historical case studies, Normality amply demonstrates the epistemologically rich dividends accrued through the genealogical encounter with the normal.”

Part One. The Normal in Nineteenth-Century Scientific Thought

Chapter Two
“Counting” in the French Medical Academy during the 1830s

Part Two. The Dissemination of the Normal in Twentieth-Century Culture

Chapter Eight
The Object of Normality: Composite Statues of the Statistically Average American Man and Woman, 1890–1945

Chapter Nine
Sex and Statistics: The End of Normality