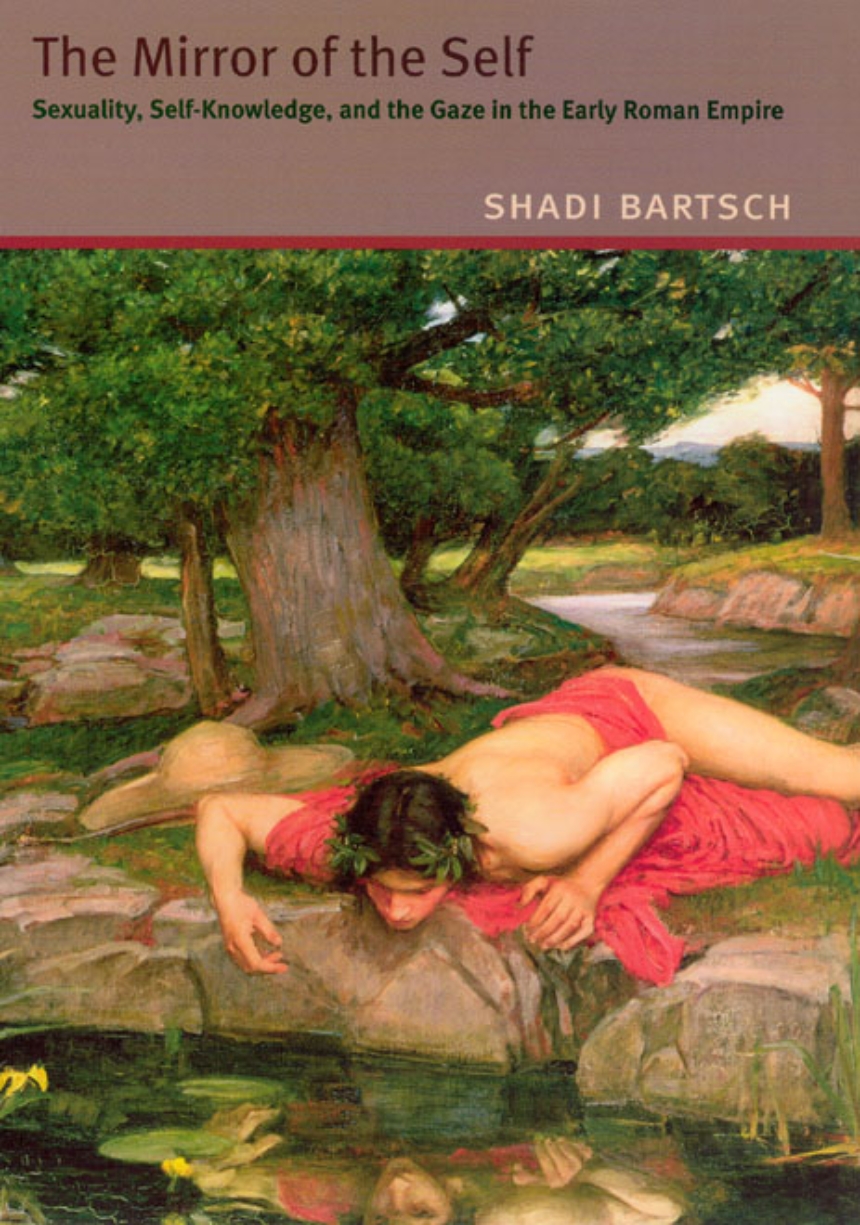 The Mirror of the Self

Sexuality, Self-Knowledge, and the Gaze in the Early Roman Empire

The Mirror of the Self

Sexuality, Self-Knowledge, and the Gaze in the Early Roman Empire

Weaving together literary theory, philosophy, and social history, Bartsch traces this complex notion of self from Plato’s Greece to Seneca’s Rome. She starts by showing how ancient authors envisioned the mirror as both a tool for ethical self-improvement and, paradoxically, a sign of erotic self-indulgence. Her reading of the Phaedrus, for example, demonstrates that the mirroring gaze in Plato, because of its sexual possibilities, could not be adopted by Roman philosophers and their students. Bartsch goes on to examine the Roman treatment of the ethical and sexual gaze, and she traces how self-knowledge, the philosopher’s body, and the performance of virtue all played a role in shaping the Roman understanding of the nature of selfhood. Culminating in a profoundly original reading of Medea, The Mirror of the Self illustrates how Seneca, in his Stoic quest for self-knowledge, embodies the Roman view, marking a new point in human thought about self-perception.

Bartsch leads readers on a journey that unveils divided selves, moral hypocrisy, and lustful Stoics—and offers fresh insights about seminal works. At once sexy and philosophical, The Mirror of the Self will be required reading for classicists, philosophers, and anthropologists alike.

"A dazzling book with a broad field of vision, offering important new insights into Roman cultural psychology. . . . Bartsch commands the field of classics in its entirety, moving from an expert summary of ancient optical theory to a careful analysis of Lucretian poetry, elucidating philosophical subtleties and inserting notes of textual criticism along the way. Her fluent and carefully argued exposition, however, eases this compelling erudition."

"A brilliant and thought-provoking study of the role of mirrors and mirroring in ethical thought. While drawing the proper distinctions between ancient and modern understandings of the mirror, self-mirroring and, indeed, the self, Bartsch cannot help reminding us that ancient conceptions have not been jettisoned wholesale in the march of history. Her book makes stimulating reading for anyone interested in the drama of the ethical life, now and then."

"A very original, interdisciplinary study centred on ideas and images of selfhood in the first century AD. . . . Bartsch’s study is, by any standards, a remarkable achievement, illuminating in its insights and linkages and challenging in its probing of received ideals. It is also written with an engaging combination of critical intelligence and wit, and the book itself is beautifully presented."

"Any reader who enters into a dialogue with her ambitious and challenging book will leave it the wiser."

"This text is complicated, but keeps the attention of the reader; intense and dense, but not monotonous; abstract and rarified, but a cautious and methodical reading overcomes these qualities. This book will be of interest to a wide variety of people intrested in ancient Greece and Rome.’

"[A] thoughtful and thought-provoking study. And although the triad of sexuality, self-knowledge and the gaze seems a somewhat awkward partnership at times . . . the work as a whole offers some valuable new insights into ethics, erotics and optics in the ancient world."

2. The Eye of the Lover
Ancient Optics
Eros and the Eye
Ovid’s Narcissus
Hostius Quadra

3. Scopic Paradigms at Rome
Under the Imago
The Penetrating Gaze
Senatorial Safeguards
The Philosopher’s Body

4. The Self on Display
Seneca’s Witness
The Philosopher’s Theater
The Metamorphosis of Persona

5. Models of Personhood
The Second-Order Self
Rethinking Reflexivity
Medea’s Meditatio