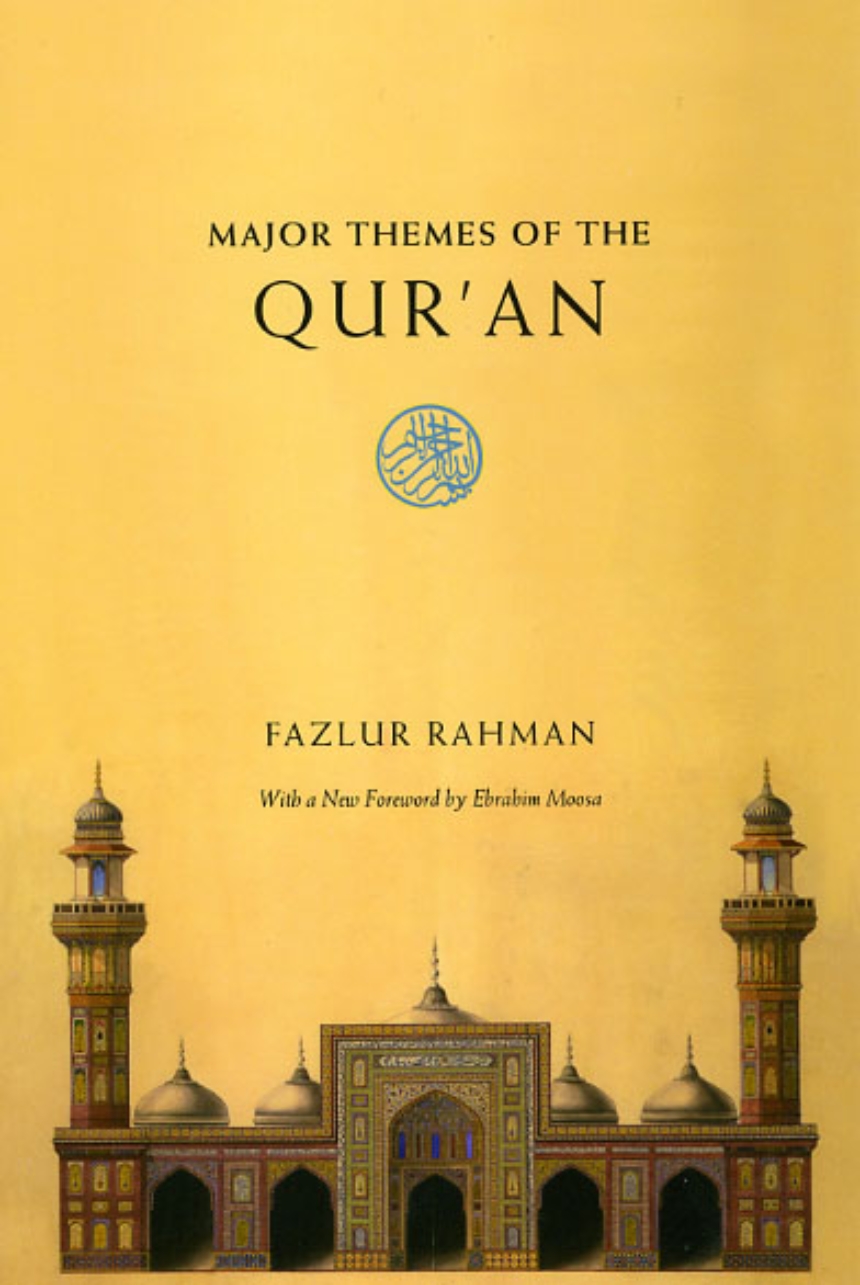 Major Themes of the Qur’an

Major Themes of the Qur’an

With a New Foreword by Ebrahim Moosa

Major Themes of the Qur’an is Fazlur Rahman’s introduction to one of the richest texts in the history of religious thought. In this classic work, Rahman unravels the Qur’an’s complexities on themes such as God, society, revelation, and prophecy with the deep attachment of a Muslim educated in Islamic schools and the clarity of a scholar who taught for decades in the West.

“Generations of scholars have profited from [Rahman’s] pioneering scholarly work by taking the questions he raised and the directions he outlined to new destinations.”--Ebrahim Moosa, from his new foreword

“The religious future of Islam and the future of interfaith relationship . . . will be livelier and saner for the sort of Quranic centrality which Major Themes of the Qur’an exemplifies and serves.”--Kenneth Cragg, Middle East Journal

“There shines through [a] rare combination of balanced scholarly judgment and profound personal commitment. . . . [Rahman is] eager to open up the mysteries of the Qur’an to a shrinking world sorely in need of both moral regeneration and better mutual understanding.”--Patrick D. Gaffney, Journal of Religion

“I can’t think of any book more important, still, than Major Themes of the Qur’an.”--Michael Sells, author of Approaching the Qur’an

"Those who have been disappointed in what must seem the  narrow defensiveness of so many Muslim writers attempting to present the Qur’an to outsiders will find Rahman refreshingly different. He is a mature thinker, at once well informed and basically realistic about the reigning myths of modern secularist society.He is also a clear writer capable of disarming simplicity and tightly reasoned, technically detailed argument."

"Here is a painstaking and positive effort to think through the Qur’an beyond the verse by verse, tediously grammatical, scrutiny which many have employed in past centuries. . . . The religious future of Islam and the future of interfaith relationship . . . will be livelier and saner of the sort of Quranic centrality which [this book] exemplifies and serves."

Emergence of the Muslim Community

The Religious Situation of the Muslim Community in Mecca

The People of the Book and Diversity of Religions