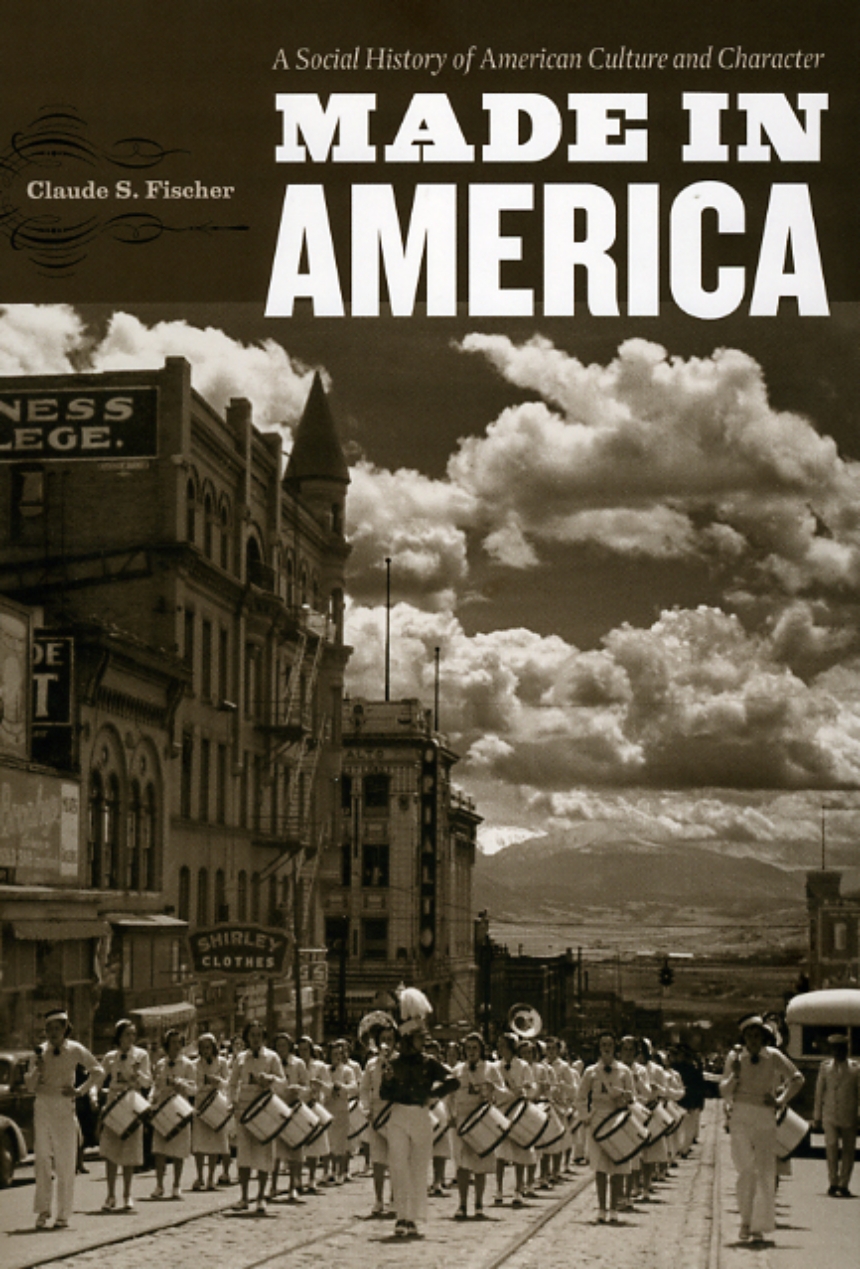 A Social History of American Culture and Character

A Social History of American Culture and Character

Our nation began with the simple phrase, “We the People.” But who were and are “We”? Who were we in 1776, in 1865, or 1968, and is there any continuity in character between the we of those years and the nearly 300 million people living in the radically different America of today?

With Made in America, Claude S. Fischer draws on decades of historical, psychological, and social research to answer that question by tracking the evolution of American character and culture over three centuries. He explodes myths—such as that contemporary Americans are more mobile and less religious than their ancestors, or that they are more focused on money and consumption—and reveals instead how greater security and wealth have only reinforced the independence, egalitarianism, and commitment to community that characterized our people from the earliest years. Skillfully drawing on personal stories of representative Americans, Fischer shows that affluence and social progress have allowed more people to participate fully in cultural and political life, thus broadening the category of “American” —yet at the same time what it means to be an American has retained surprising continuity with much earlier notions of American character.

Firmly in the vein of such classics as The Lonely Crowd and Habits of the Heart—yet challenging many of their conclusions—Made in America takes readers beyond the simplicity of headlines and the actions of elites to show us the lives, aspirations, and emotions of ordinary Americans, from the settling of the colonies to the settling of the suburbs.

Read an excerpt from the book.

“The wants, needs, hopes, and aspirations of generations of Americans—‘all sorts and conditions’ of them—are given careful and circumspect attention in this arresting portrait of a nation ever, it seems, changing, growing. Here is a book that will tell its readers much about how and why a people once struggling to find and define themselves—the very terrain of their country, and too, its values and ideas—became the members of a United States of America whose many variations and sometime contradictions are brought tellingly alive in pages of clear, illuminating, and well-informed prose.”

“Made in America is a book rich in its findings and judicious in its interpretations.  Fischer has uncovered a lot of things that even those of us who have long studied the United States didn’t know, and he has also expertly shown that many of the things we thought we knew are simply wrong. The book will make any reader wiser and more careful in thinking about this strange country in which we live.”

"Fischer has done scholars and lay readers alike an enormous service. . . . Made in America is exactly the sort of grand and controversial narrative, exactly the sort of bold test of old assumptions, that is needed to keep the study of American history alive and honest."—New Republic

"A thoughtful assessment of the patterns of American life over the course of the past several centuries. . . . Challenges a number of myths. . . . Has a wealth of important insights and reads well from beginning to tend. All in all, it is a lively and intriguing effort to understand the most important elements of American life."—Times Higher Education

"Brave and ambitious. . . . [Fischer’s] book will take its place in a distinguished scholarly tradition that historians have all but abandoned for nearly half a century."

1. The Stories We Tell