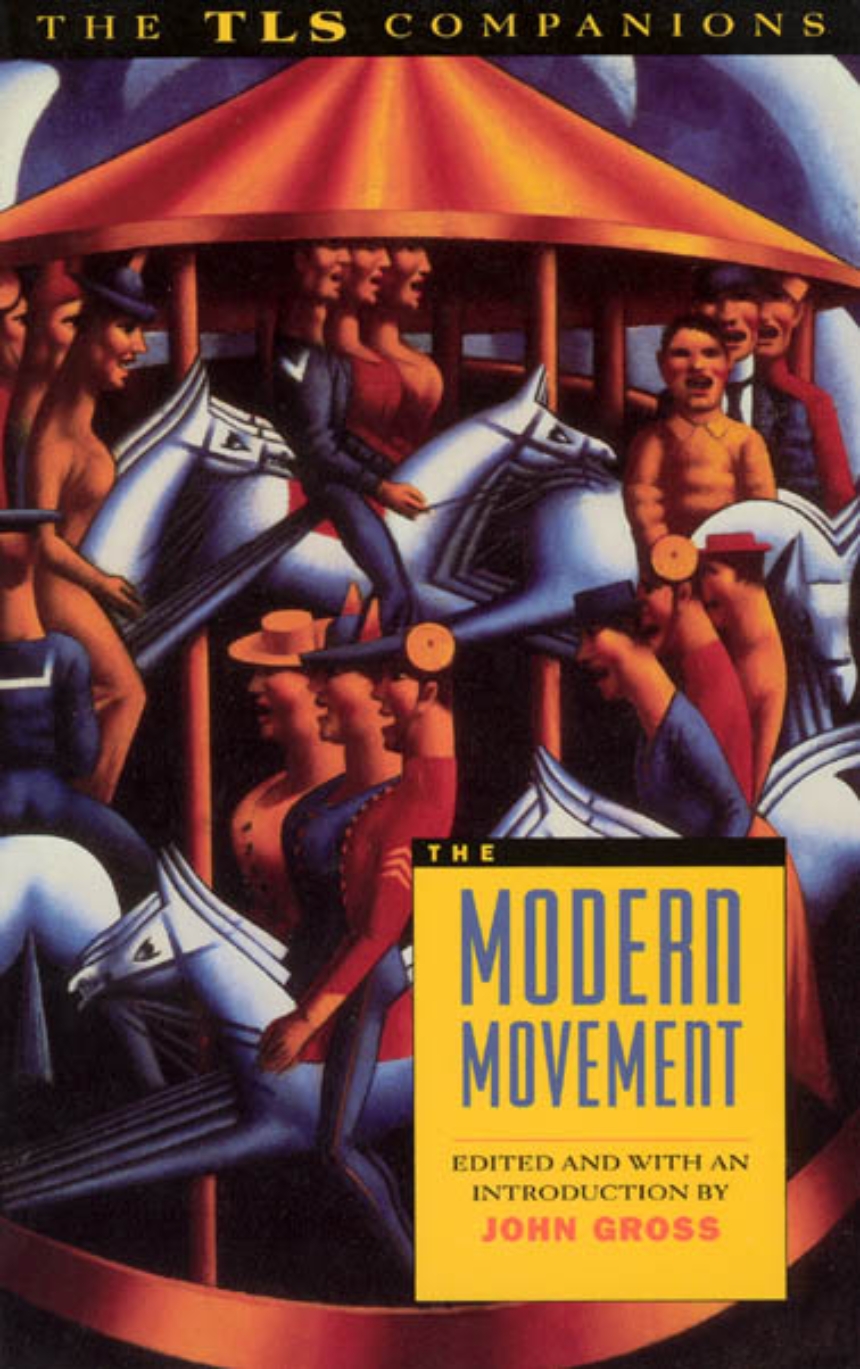 For the past ninety years the Times Literary Supplement has scrutinized, dissected, applauded, and occasionally disparaged the work of the twentieth century’s leading writers. It has taken a major role in the making—and breaking—of literary reputations.

In The Modern Movement, John Gross has assembled an entertaining selection of 155 articles and reviews about and by the great figures of literary modernism. The focus is on twelve key modernist writers: W. B. Yeats, Ezra Pound, D. H. Lawrence, James Joyce, T. S. Eliot, Wyndham Lewis, Virginia Wolf, W. H. Auden, Marcel Proust, Thomas Mann, Rainer Maria Rilke, and Franz Kafka. Another section gathers ten reviews and articles by Eliot and Woolf on then current writers and writing. In addition, there are more general articles on literary trends and issues by such prominent writers and critics as Anthony Burgess, Wallace Stevens, Anthony Powell, and Erich Heller.

This fascinating array reveals early opinions on what have come to be the classics of modernist literature. Readers will be treated to astute and often surprising opinions of their favorite writers on the most important literature of this century.