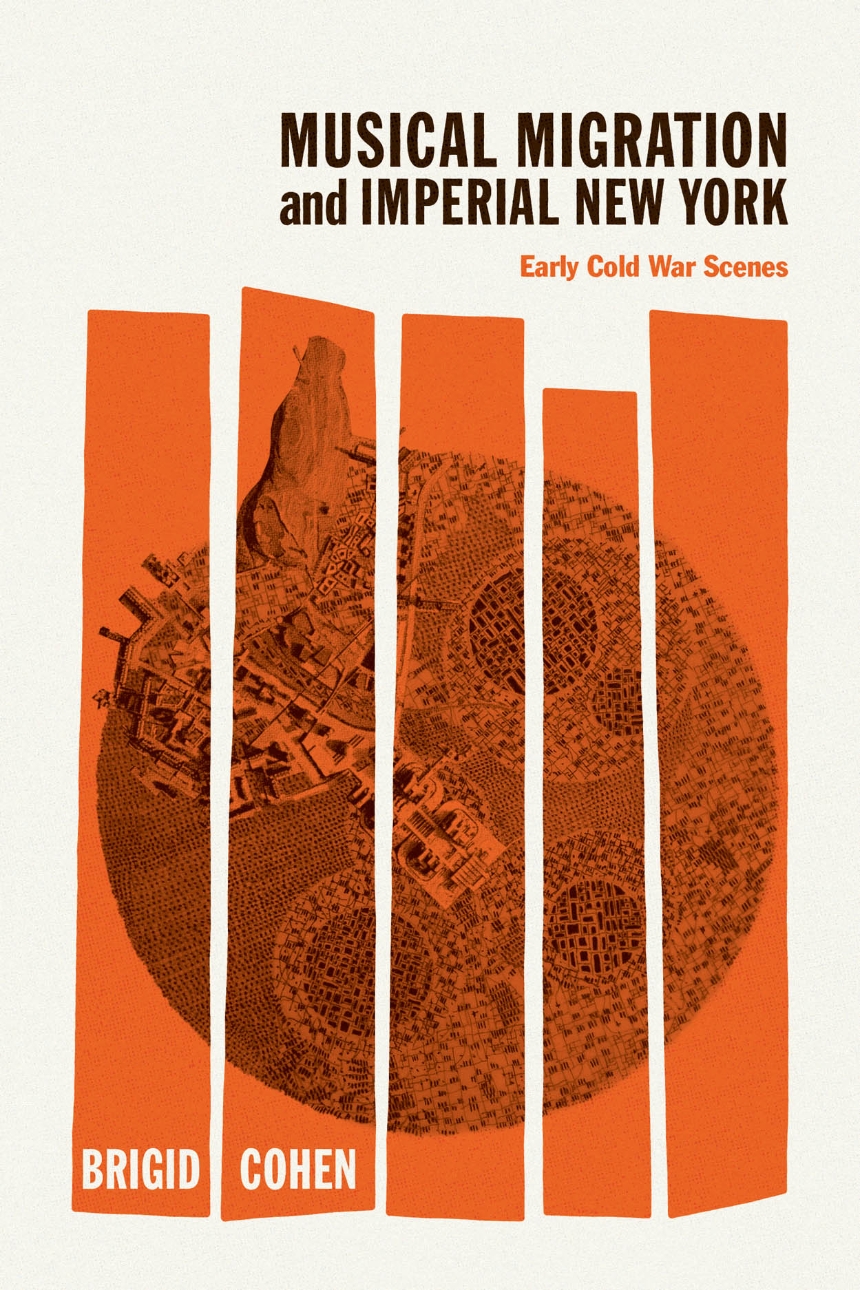 From the urban street level of music clubs and arts institutions to the world-making routes of global migration and exchange, this book redraws the map of experimental art to reveal the imperial dynamics and citizenship struggles that continue to shape music in the United States.

Beginning with the material conditions of power that structured the cityscape of New York in the early Cold War years, Brigid Cohen looks at a wide range of artistic practices (concert music, electronic music, jazz, performance art) and actors (Edgard Varèse, Charles Mingus, Yoko Ono, and Fluxus founder George Maciunas) as they experimented with new modes of creativity. Cohen links them with other migrant creators vital to the city’s postwar culture boom, creators whose stories have seldom been told (Halim El-Dabh, Michiko Toyama, Vladimir Ussachevsky). She also gives sustained and serious treatment to the work of Yoko Ono, something long overdue in music scholarship. Musical Migration and Imperial New York is indispensable reading, offering a new understanding of global avant-gardes and American experimental music as well as the contrasting feelings of belonging and exclusion on which they were built.

“This is a field-changing book. Cohen calls to account many legends about experimental music in New York and strips away the heroic storytelling of the past to reveal uncomfortable truths about the racial and imperial underpinnings of modern music in the United States. In Cohen’s study, hard-to-find and fragmentary sources are brought to light in ways that change what we know. The readings of music and sound are deeply illuminating, sometimes breathtaking, in their revelations and in their surprising connections with biographical detail.”

“In Musical Migration and Imperial New York, we witness a scholar working at the height of her powers. Through this expansive and novel history, we watch fascinating yet understudied actors play out their imperialist and technological fantasies on an urban landscape marked by racial and gendered differences. After reckoning with Cohen’s reenvisioning, scholars of twentieth-century music, art, and urban life will have to rethink the New York City they thought they knew.”

“Conventional approaches to experimental music tend to overemphasize the idea of ‘musical genius’ and often lead to problematic exceptionalist narratives. In Musical Migration and Imperial New York, Cohen sidesteps this problem by focusing on the ways in which experimental artists as aesthetically and ideologically varied as Charles Mingus, Vladimir Ussachevsky, or Yoko Ono mediated conversations about belonging at the intersection of external geopolitical power plays and internal assimilation. Cohen’s acutely tuned ear and brilliant prose guide us through the rich and thrilling experience of listening to the physiognomic overtones of citizenship, migration, and empire-building as they shaped the development of experimental art and music scenes in Cold War New York City.”

"Cohen masterfully marshals alternative sources including rare tapes, interviews and interpretations of official recordings. The result is a work of scholarship that not only pays long overdue attention to artists like Toyama and El-Dabh but changes the terms by which we encounter major figures like Mingus and Ono."

"Cohen, a professor in NYU’s Department of Music, illuminates the contributions of these artists—many of them underappreciated—through the venues where their creations were displayed, performed, and composed. Some of these sites have similar purposes today, while others offer only architectural whispers of the history made there more than a half century ago."

Introduction: A Recent History of Music, Citizenship, and American Empire
1. Third Space, Scene of Subjection: Mingus and Varèse at Greenwich House
2. Cold War Acropolis I: Ussachevsky, the Rockefeller Foundation, and the CPEMC
3. Cold War Acropolis II: Toyama and El-Dabh at the CPEMC
4. A Counter-Discourse of Orientalism: Ono in Opera
5. The Haunting of Empires: Maciunas, Fluxus, and the Bloodlands
6. Concluding Thoughts