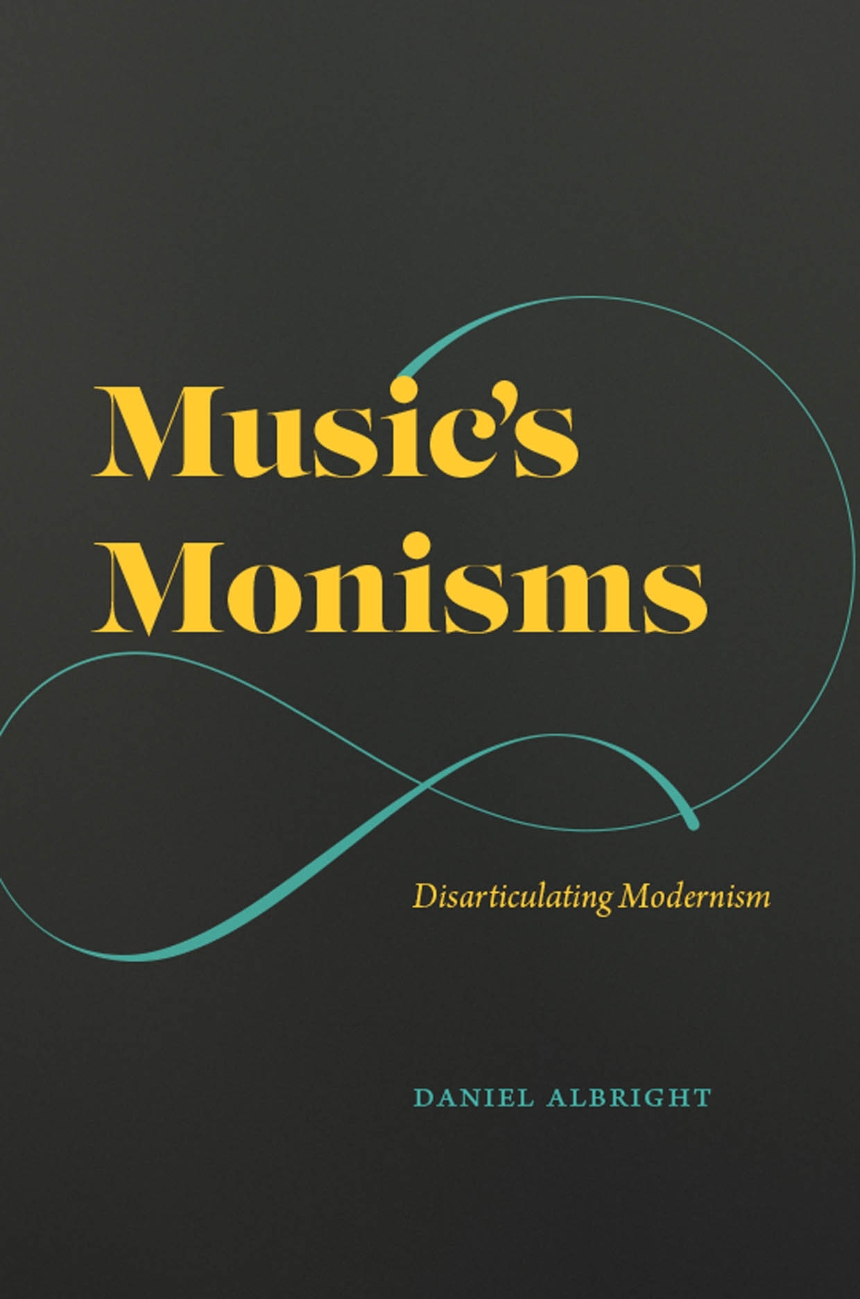 With a Foreword by Alexander Rehding
Daniel Albright investigates musical phenomena through the lens of monism, the philosophical belief that things that appear to be two are actually one.

Daniel Albright was one of the preeminent scholars of musical and literary modernism, leaving behind a rich body of work before his untimely passing. In Music’s Monisms, he shows how musical and literary phenomena alike can be fruitfully investigated through the lens of monism, a philosophical conviction that does away with the binary structures we use to make sense of reality. Albright shows that despite music’s many binaries—diatonic vs. chromatic, major vs. minor, tonal vs. atonal—there is always a larger system at work that aims to reconcile tension and resolve conflict.

Albright identifies a “radical monism” in the work of modernist poets such as T. S. Eliot and musical works by Wagner, Debussy, Britten, Schoenberg, and Stravinsky. Radical monism insists on the interchangeability, even the sameness, of the basic dichotomies that govern our thinking and modes of organizing the universe. Through a series of close readings of musical and literary works, Albright advances powerful philosophical arguments that not only shed light on these specific figures but also on aesthetic experience in general. Music’s Monisms is a revelatory work by one of modernist studies’ most distinguished figures.

“Music’s Monisms celebrates the power of music to transcend the oppositions of verbal language and, indeed, of everyday life. Albright presents brilliantly original readings of major works in twentieth-century music. He takes on some of the most imposing figures in music history with a wonderfully humane, and wonderfully personal, touch.”

“This is vintage Albright, a work of original, engaging criticism shot through with interpretive flair and sparkling erudition. This is criticism born of boundless sympathy and enthusiasm, not just of deep understanding.”

“If modernism, as Albright says, is a testing of the limits of aesthetic construction, then monism becomes for him a key to the deconstructive work that works of art can do. In a feast of erudition, playfulness, and referential breadth, Albright offers revelatory readings of music and words, expository as well as creative work, remastering the genealogies from Wagner to Maeterlinck to Beckett and from Schoenberg back to Donizetti.”

Michael P. Steinberg, author of 'The Trouble with Wagner'