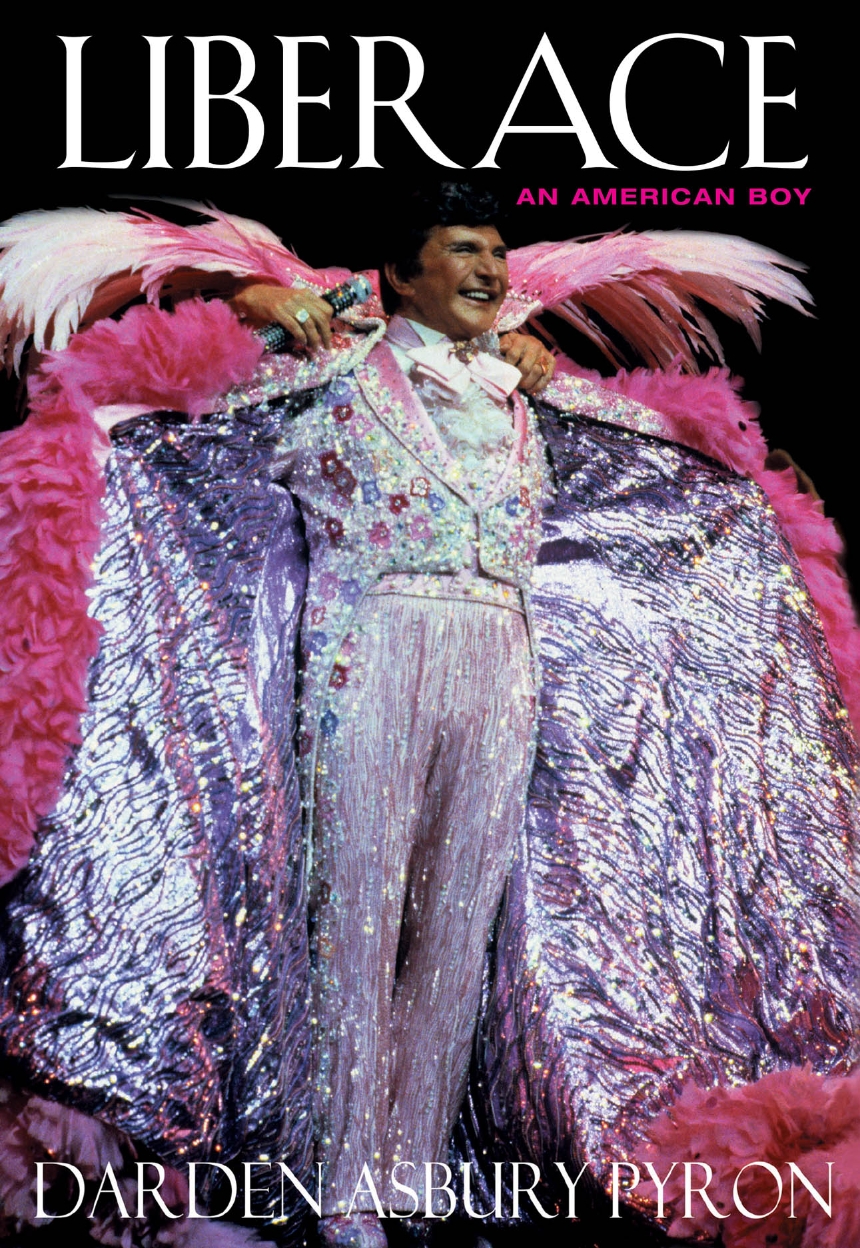 More people watched his nationally syndicated television show between 1953 and 1955 than followed I Love Lucy. Even a decade after his death, the attendance records he set at Madison Square Garden, the Hollywood Bowl, and Radio City Music Hall still stand. Arguably the most popular entertainer of the twentieth century, this very public figure nonetheless kept more than a few secrets. Darden Asbury Pyron, author of the acclaimed and bestselling Southern Daughter: The Life of Margaret Mitchell, leads us through the life of America’s foremost showman with his fresh, provocative, and definitive portrait of Liberace, an American boy.

Liberace’s career follows the trajectory of the classic American dream. Born in the Midwest to Polish-Italian immigrant parents, he was a child prodigy who, by the age of twenty, had performed with the Chicago Symphony Orchestra. Abandoning the concert stage for the lucrative and glittery world of nightclubs, celebrities, and television, Liberace became America’s most popular entertainer. While wildly successful and good natured outwardly, Liberace, Pyron reveals, was a complicated man whose political, social, and religious conservativism existed side-by-side with a lifetime of secretive homosexuality. Even so, his swishy persona belied an inner life of ferocious aggression and ambition. Pyron relates this private man to his public persona and places this remarkable life in the rapidly changing cultural landscape of twentieth-century America.

Pyron presents Liberace’s life as a metaphor, for both good and ill, of American culture, with its shopping malls and insatiable hunger for celebrity. In this fascinating biography, Pyron complicates and celebrates our image of the man for whom the streets were paved with gold lamé.

"An entertaining and rewarding biography of the pianist and entertainer whose fans’ adoration was equaled only by his critics’ loathing. . . . [Pyron] persuasively argues that Liberace, thoroughly and rigorously trained, was a genuine musician as well as a brilliant showman. . . . [A]n immensely entertaining story that should be fascinating and pleasurable to anyone with an interest in American popular culture."—Kirkus Reviews

"This is a wonderful book, what biography ought to be and so seldom is."—Kathryn Hughes, Daily Telegraph

"[A]bsorbing and insightful. . . . Pyron’s interests are far-ranging and illuminating-from the influence of a Roman Catholic sensibility on Liberace and gay culture to the aesthetics of television and the social importance of self-improvement books in the 1950s. Finally, he achieves what many readers might consider impossible: a persuasive case for Liberace’s life and times as the embodiment of an important cultural moment."—Publishers Weekly

"Liberace, coming on top of his amazing life of Margaret Mitchell, Southern Daughter, puts Darden Pyron in the very first rank of American biographers. His books are as exciting as the lives of his subjects."—Tom Wolfe

"Fascinating, thoughtful, exhaustive, and well-written, this book will serve as the standard biography of a complex icon of American popular culture."—Library Journal

Contents
Preface
1: Wisconsin Rhythm and Blues
2: The Great Escape
3: Sows’ Ears/Silk Purses
4: Chico and Chopin
5: The Successful Unknown
6: Lucky Channel 13
7: Music for a Mama’s Boy
8: The Shoals of Fame
9: You Can Be Sure If It’s Westinghouse
10: Getting Back
11: Trompe l’Oeil
12: An Image in the Water
13: The Garden of Earthly Pleasures
14: Peter Pan
15: Et Lux Perpetua
Epilogue
Notes
Index