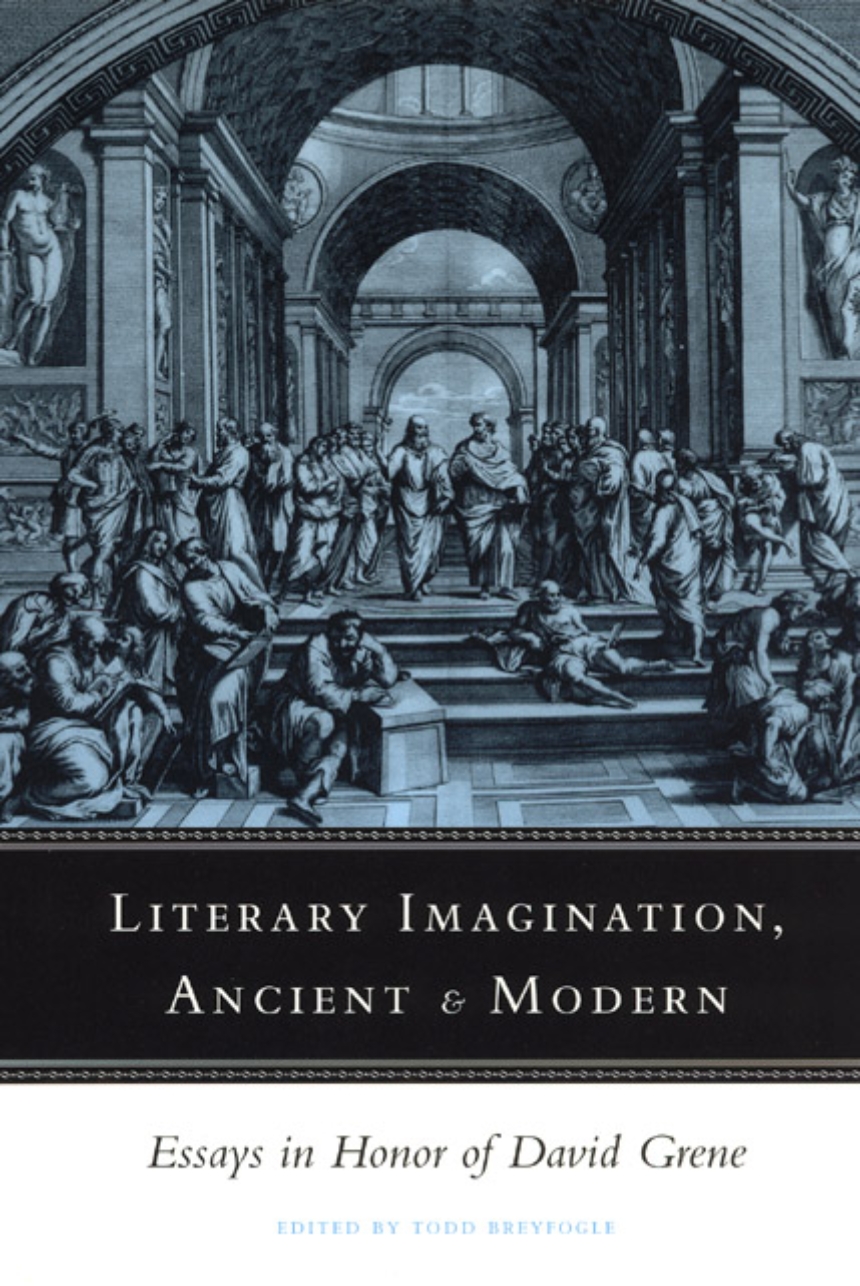 Essays in Honor of David Grene

Essays in Honor of David Grene

Perhaps best known for his widely acclaimed translations of the Greek tragedies and Herodotus’s History, as well as his edition of Hobbes’s Thucydides, David Grene has also had a major impact as a teacher and interpreter of texts both ancient and modern. In this book, distinguished colleagues and former students explore the imaginative force of literature and history in articulating and illuminating the human condition.

Ranging as widely as Grene’s own interests in Greek and Roman antiquity, in drama, poetry, and the novel, in the art of translation, and in English history, these essays include discussions of the Odyssey and Ulysses, the Metamorphoses of Ovid and Apuleius, Mallarmé’s English and T. S. Eliot’s religion, and the mutually antipathetic minds of Edmund Burke and Thomas Jefferson. The introduction by Todd Breyfogle sketches for the first time the contours of Grene’s own thought.

Classicists, political theorists, intellectual historians, philosophers, and students of literature will all find much of value in the individual essays here and in the juxtaposition of their themes.