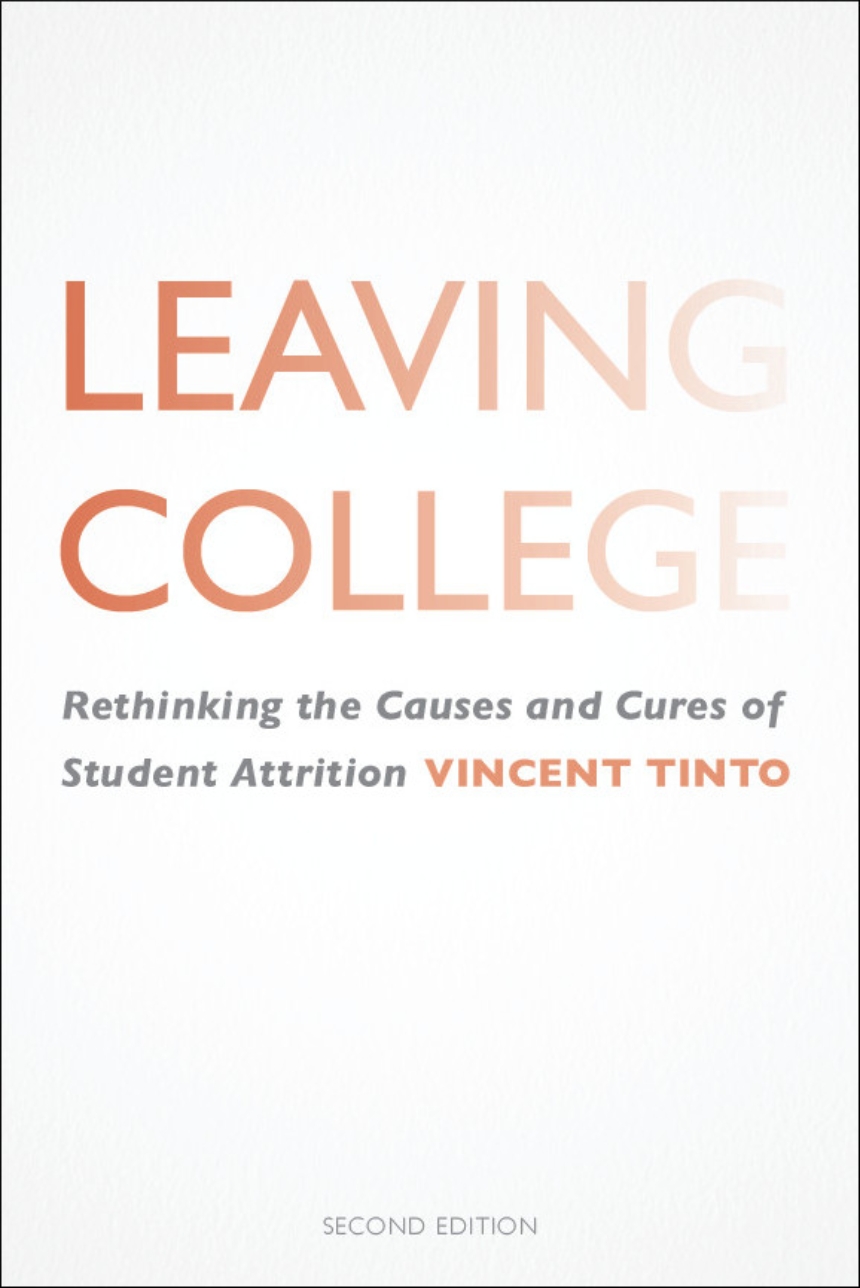 Rethinking the Causes and Cures of Student Attrition

Rethinking the Causes and Cures of Student Attrition

2d edition, revised and expanded
In this 1994 classic work on student retention, Vincent Tinto synthesizes far-ranging research on student attrition and on actions institutions can and should take to reduce it. The key to effective retention, Tinto demonstrates, is in a strong commitment to quality education and the building of a strong sense of inclusive educational and social community on campus.  He applies his theory of student departure to the experiences of minority, adult, and graduate students, and to the situation facing commuting institutions and two-year colleges. Especially critical to Tinto’s model is the central importance of the classroom experience and the role of multiple college communities.