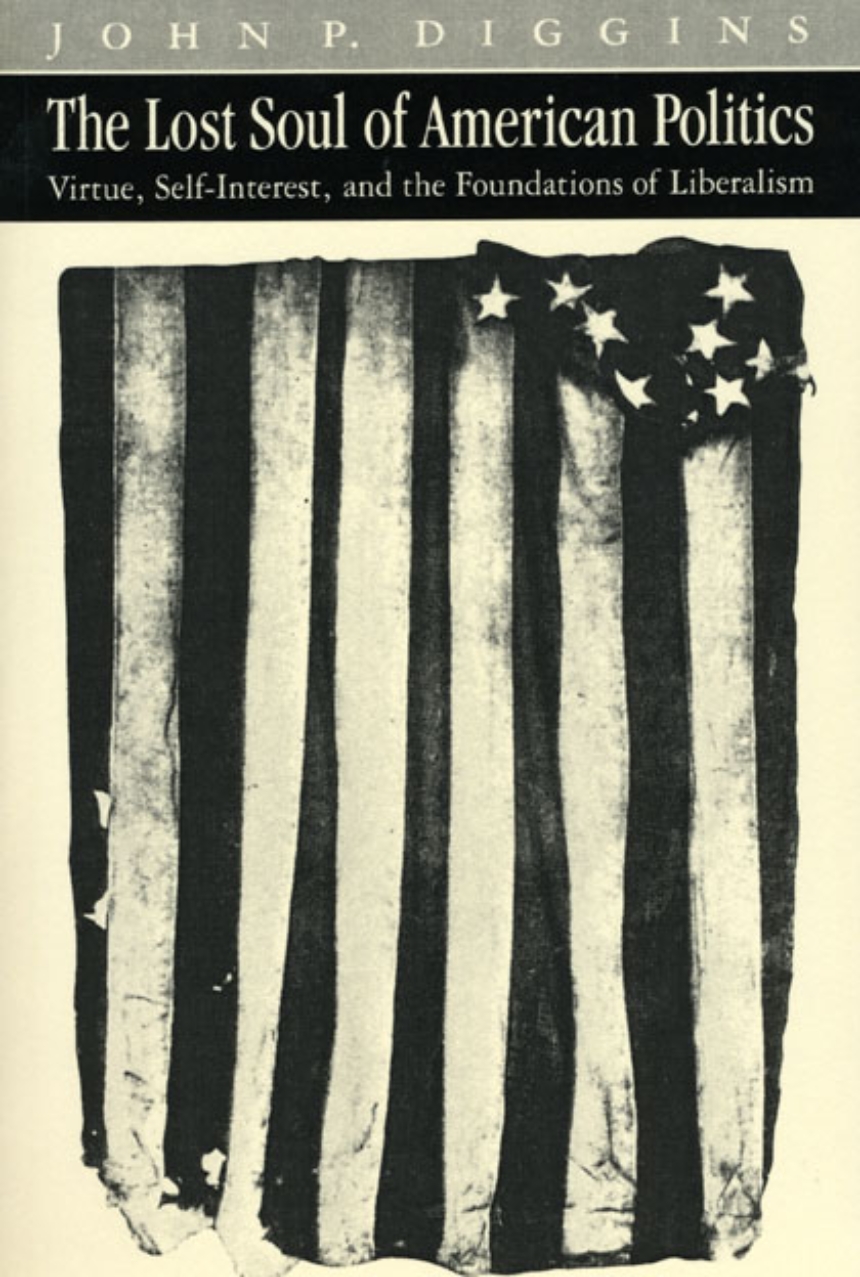 The Lost Soul of American Politics

Virtue, Self-Interest, and the Foundations of Liberalism

The Lost Soul of American Politics

Virtue, Self-Interest, and the Foundations of Liberalism

The Lost Soul of American Politics is a provocative new interpretation of American political thought from the Founding Fathers to the Neo-Conservatives. Reassessing the motives and intentions of such great political thinkers as Madison, Thoreau, Lincoln, and Emerson, John P. Diggins shows how these men struggled to create an alliance between the politics of self-interest and a religious sense of moral responsibility—a tension that still troubles us today.

Acknowledgments
Introduction
1. Who’s Afraid of John Locke?
The Rhetoric of Virtue and the "Rule of Action"
The American Revolution and the Problem of Ideas
Governing the Least and Pursuing the Most
Jefferson and the Paradox of Virtue, Liberty, and Equality
2. From the Revolution to the Constitution
David Hume and the "Seamy Side of Human Affairs"
The Constitution as "an Issue with Antiquity"
The "Misery" of Politics and the "Sphere" of Government
3. John Adams, the Federalist, and the Refutation of "Virtue"
Machiavelli’s "Humorous Entertainment"
Alienated Man and the Imperative of Authority
Human Motivation, Historical Experience, and the Deceptions of Political Language
4. "Not That Virtue Is Great, But That Temptation Is Small"
The Framers and the Problem of Class Conflict
Political Ideas and Social Structure: Jacksonianism and the Whig Dilemma
The Frontier, Populism, Progressivism
5. Ten Issues in Search of Authority
Sovereignty and Representation
Sectionalism, Class, Ethnicity
The Party System
Slavery and Abolition
Property
Labor
Community, Society, and the State
Technology and Science
The Problem of Truth and Change
The Rejection of History
6. An Idea in Search of an Institution
Teaching Virtue
Family, Language, Religion
Law, the State, and the Romantic Historians
The Venetian Republic and the Language of Virtue: James Fenimore Cooper and The Bravo
7. Locke, Calvinism, and the Transcendentalist Negation: Emerson and Thoreau
Political Alienation and "The New Consciousness"
The Emersonian Moment: Wealth and Work
Walden, the Spectre of Locke, and Thoreau’s "Metaphysical Puzzle"
Political Authority, Disobedience, and the Res-Privata
Virtue Redefined
8. Society, Religion, and the Feminization of Virtue: Alexis de Tocqueville and Henry Adams
Tocqueville and the "Mistake" of the American Founders
From Égoïsme to "Virtuous Materialism"
Civil Religion and the Threat of "Pernicious Materialism"
The Corruption of Politics and the Worship of Wealth: The Agony of Henry Adams
Democracy and the Crisis of Historical Knowledge
The Charismatic Authority of the Virgin and the Matriarchal Ideal
9. Return of the Sacred to Political Thought: Herman Melville and Abraham Lincoln
Virtue, Benevolence, Depravity
Death and Transfiguration: Billy Budd
"Our Republican Robe Is Soiled"
Republicanism, "Towering Genius," and the Problem of Heroism and Virtue
"The Apple of Gold": Lincoln and the Meaning and Understanding of Political Ideas
Conclusion: "The Terror and the Pity"
Epilogue: Liberalism and Calvinism in Contemporary America
Appendix 1: The Problem of Ideology
Appendix 2: The Problem of Motivation and Causation
Appendix 3: The Problem of Language
Notes
Index