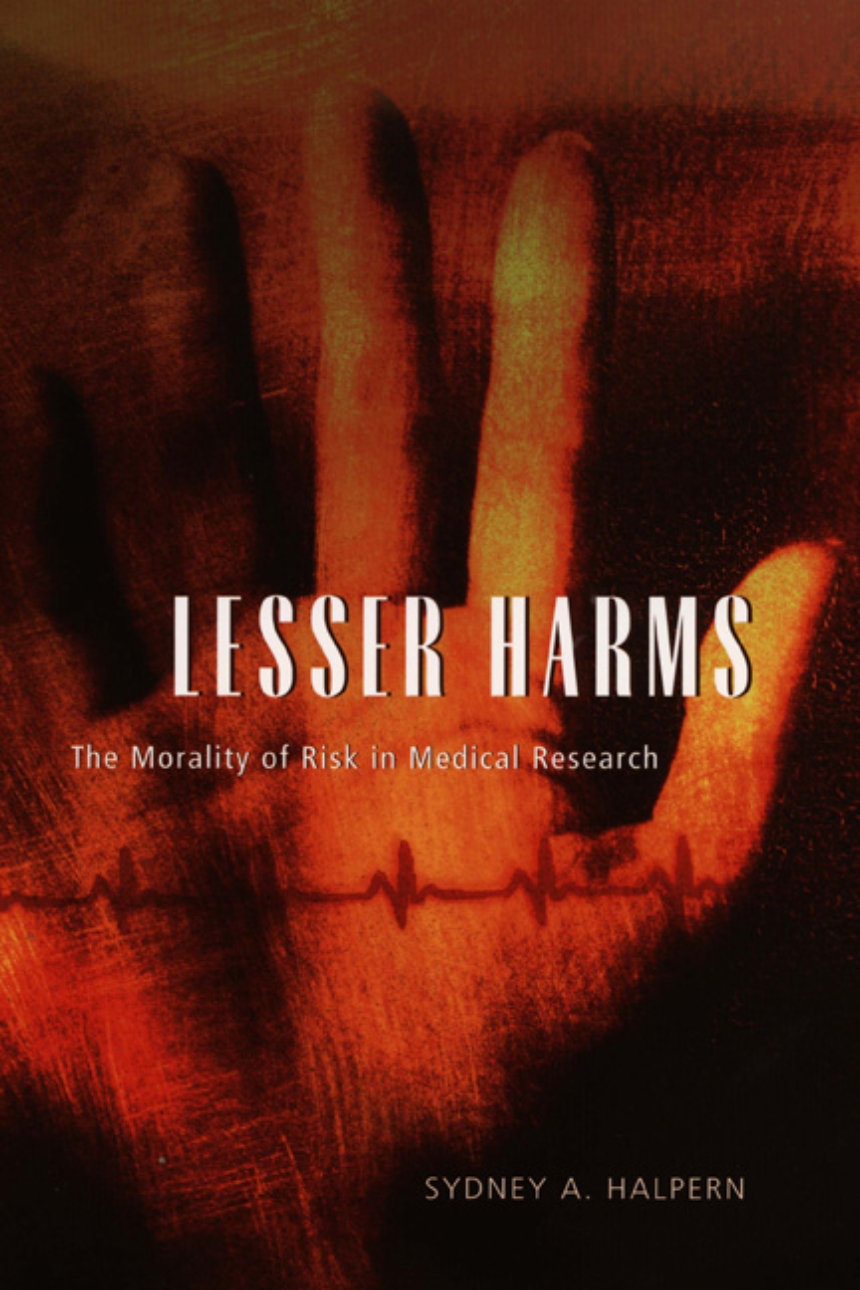 The Morality of Risk in Medical Research

The Morality of Risk in Medical Research

Research physicians face intractable dilemmas when they consider introducing new medical procedures. Innovations carry the promise of preventing or curing life-threatening diseases, but they can also lead to injury or even death. How have clinical scientists made high-stakes decisions about undertaking human tests of new medical treatments? In Lesser Harms, Sydney Halpern explores this issue as she examines vaccine trials in America during the early and mid-twentieth century.

Today’s scientists follow federal guidelines for research on human subjects developed during the 1960s and 1970s. But long before these government regulations, medical investigators observed informal rules when conducting human research. They insisted that the dangers of natural disease should outweigh the risks of a medical intervention, and they struggled to accurately assess the relative hazards. Halpern explores this logic of risk in immunization controversies extending as far back as the eighteenth century. Then, focusing on the period between 1930 and 1960, she shows how research physicians and their sponsors debated the moral quandaries involved in moving vaccine use from the laboratory to the clinic.

This probing work vividly describes the efforts of clinical investigators to balance the benefits and dangers of untested vaccines, to respond to popular sentiment about medical hazards, and to strategically present risk laden research to sponsors and the public.

"The story told in Lesser Harms should . . . inspire researchers and regulators to renew discussions of why risk minimization is of paramount importance."

"This is a fascinating and timely book that deserves the attention of anyone interested in the complex questions accompanying the ethics of medical research."

"A careful, clear, and well organized study of the indigenous morality of a medical research community and the limitations of formal risk management structures. . . . Those interested in prominent figures and institutions in the history of early to mid-twentieth century American medical research . . . . will find much of interest here. But the final chapters--which relate the history of risk morality to the corporatization of biomedical research and the increasingly elaborate, yet potentially inadequate and misguided ethics review protocols of the present day— will be of interest to any researcher."

“In LesserHarms Sydney Halpern traces the evolution of moral codes for conducting medical research right back to the 18th century, from the informal pressures exerted by professional networks during the testing of live polio vaccines through to the strict formal rules laid down by bodies like the FDA for gene therapy trials. She shows how far we’ve come in protecting the people who volunteer for clinical trials, and demonstrates why it’s still not far enough. . . . Medical ethicists, researchers, policy makers and historians should read it. Volunteers in future clinical trials will thank them.”

“In this concise and extremely well-written volume, Dr. Halpern . . . examines the moral traditions that govern the introduction of new medical interventions before and after the advent of federal regulation. To trace this evolution and illustrate her assertions, she uses innovations in the field of vaccine research in the United States during the 19th and 20th centuries. . . . Lesser Harms, while most certainly a scholarly work, provides a perspective on medical science that would also be appreciated by a broad audience. It would most certainly be of interest to physicians, both clinical and laboratory scientists, and those who design and participate in any aspoect of human subjects research.”

“Halpern explores the genesis of risk assessment in biomedical research. She argues persuasively that contemporary institutions’ failings in managing research with human participants are rooted in a logic that predates by decades the bioethics codes of the guidelines of the 1960s and 1970s. This ‘logic of lesser harms’ . . . holds that a potentially hazardous experimental treatment is used only when the dangers associated with the medical intervention are outweighed the risks of the disease itself. . . . The task Halpern takes on is a tricky one: her analysis encompasses incomplete historical records as well as material on the sociology of modern research ethics. Yet she rises to this challenge and presents an extraordinary annotated bibliography that will be of use to scholars and regulators at the local and national level.”

"The text offers insightful observations and detailed historical research into the development of risk management in human experiments, which sheds light on the social dynamics surrounding the conduct of medical research. This contribution would be of interest to researchers and academics working in the field of medical sociology, ethics and moral traditions in medical research."

Acknowledgments
List of Abbreviations
Introduction
1. The Origins of a Moral Logic of Risk
2. Negotiating Moral Boundaries: The Polio Vaccines of 1934-1935
3. Research Sponsors and the Culture of Risk
4. Formalizing Responses to Research Hazards
5. The Social Nature of Moral Action
6. Moral Traditions in an Era of Government Oversight
Notes
Selected Bibliography
Index
Back to top