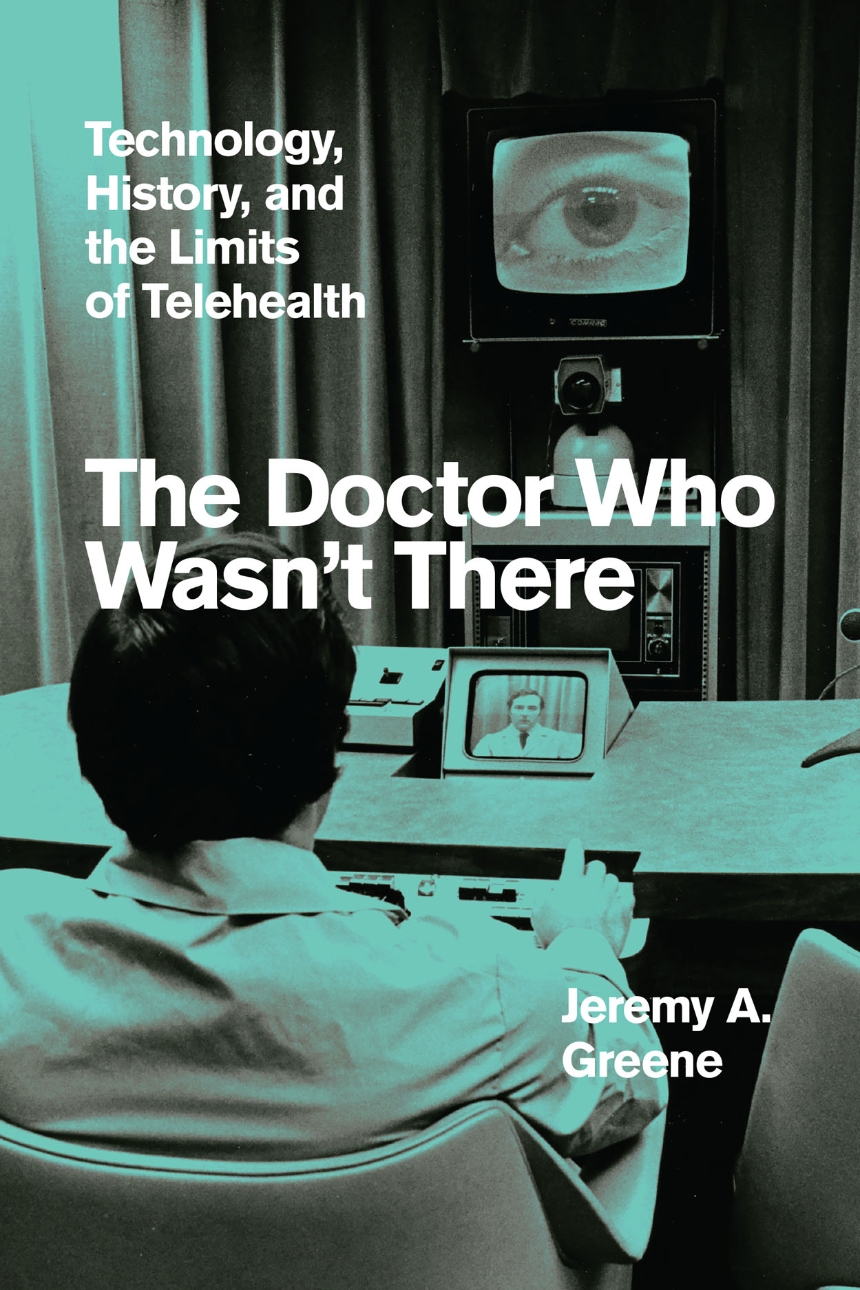 The Doctor Who Wasn’t There

Technology, History, and the Limits of Telehealth

The Doctor Who Wasn’t There

Technology, History, and the Limits of Telehealth

This gripping history shows how the electronic devices we use to access care influence the kind of care we receive.

The Doctor Who Wasn’t There traces the long arc of enthusiasm for—and skepticism of—electronic media in health and medicine. Over the past century, a series of new technologies promised to democratize access to healthcare. From the humble telephone to the connected smartphone, from FM radio to wireless wearables, from cable television to the “electronic brains” of networked mainframe computers: each new platform has promised a radical reformation of the healthcare landscape. With equal attention to the history of technology, the history of medicine, and the politics and economies of American healthcare, physician and historian Jeremy A. Greene explores the role that electronic media play, for better and for worse, in the past, present, and future of our health.

Today’s telehealth devices are far more sophisticated than the hook-and-ringer telephones of the 1920s, the radios that broadcasted health data in the 1940s, the closed-circuit televisions that enabled telemedicine in the 1950s, or the online systems that created electronic medical records in the 1960s. But the ethical, economic, and logistical concerns they raise are prefigured in the past, as are the gaps between what was promised and what was delivered. Each of these platforms also produced subtle transformations in health and healthcare that we have learned to forget, displaced by promises of ever newer forms of communication that took their place.

Illuminating the social and technical contexts in which electronic medicine has been conceived and put into practice, Greene’s history shows the urgent stakes, then and now, for those who would seek in new media the means to build a more equitable future for American healthcare.

“Jeremy A. Greene is the foremost medical griot of our time! In this extraordinary book, Greene combines his skills as an historian, medical practitioner, and gifted storyteller, probing the long arc of medical innovation with exquisite detail without losing sight of the urgent and overarching stakes that plague healthcare today. Wide-ranging and deeply researched, The Doctor Who Wasn’t There is a history of forgetfulness when it comes to the many tech fixes that have promised better care, more profit, and greater equity in medicine. From telephones to artificial intelligence, this book reveals how what was once considered subversive becomes mundane and taken for granted. But with Greene as our guide, we see that this process is not neutral or inevitable. Instead, this book reveals how the media of medical care are shaped by powerful and often competing interests, which we can and should question. The Doctor Who Wasn’t There is a powerful reminder that tech-driven dreams of democratizing healthcare will come to naught if we do not invest in the social and political foundations of democracy itself.”

Ruha Benjamin, Princeton University, author of "Race after Technology: Abolitionist Tools for the New Jim Code" and "Viral Justice: How We Grow the World We Want"

“Greene’s book brilliantly examines the promises and pitfalls of telemedicine for health access, equity, and the making of new digital divides. A masterful study of past, present, and future medicine, and of how communications technologies that have offered so much for equalizing health—radio, television, and computerization—have also run into logistical challenges, economic constraints, ethical worries, failures of political will, and convenient forgetting on the road to promised health equity. A superb analysis, Greene’s book will be widely read. It is packed with trenchant insights on new communications technologies, the promise and reality of how they shape healthcare, and the challenge of marrying such innovations to the promise of health equity.”

“Beautifully written and deeply researched, this nuanced exploration of the promises and disappointments attached to once-new electronic media in medicine ranging from the telephone to the computer is also a rich framework for critical reflection on the present and future. A timely tour de force.”

“With medical media, like media in general, it is sometimes hard to tell poison from cure. Greene’s pathbreaking tale of technological innovation embedded within wicked moral and political problems shows how dreams and schemes of treatment at a distance have driven media history. The book’s sparkling case studies explode conventional wisdom about the telephone, radio, television, and computer. Doctors and their media of care can now take their rightful place as chief players in the cultural history of communication.”

John Durham Peters, Yale University, author of "The Marvelous Clouds: Toward a Philosophy of Elemental Media"