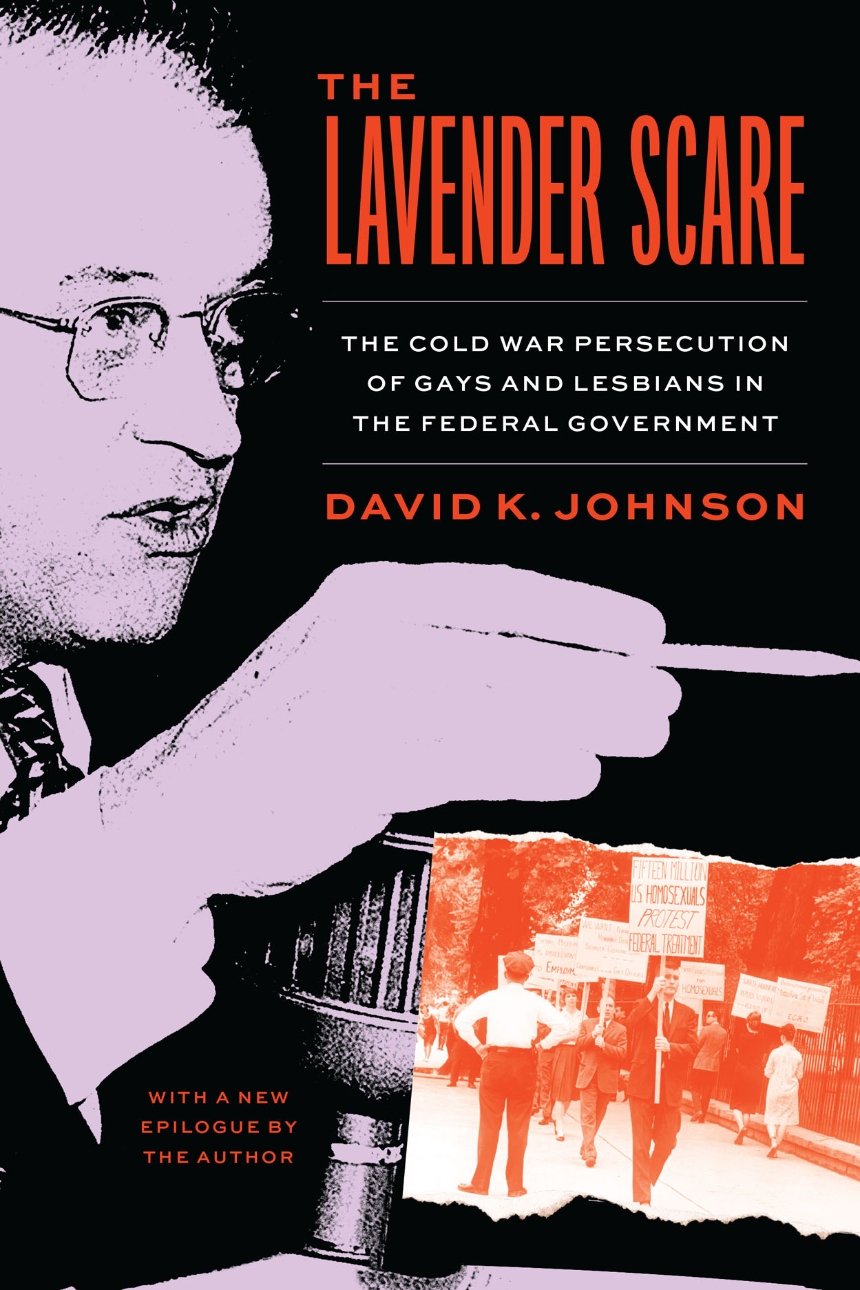 With a New Epilogue by the Author
A new edition of a classic work of history, revealing the anti-homosexual purges of midcentury Washington.

In The Lavender Scare, David K. Johnson tells the frightening story of how, during the Cold War, homosexuals were considered as dangerous a threat to national security as Communists. Charges that the Roosevelt and Truman administrations were havens for homosexuals proved a potent political weapon, sparking a “Lavender Scare” more vehement and long-lasting than Joseph McCarthy’s Red Scare. Drawing on declassified documents, years of research in the records of the National Archives and the FBI, and interviews with former civil servants, Johnson recreates the vibrant gay subculture that flourished in midcentury Washington and takes us inside the security interrogation rooms where anti-homosexual purges ruined the lives and careers of thousands of Americans. This enlarged edition of Johnson’s classic work of history—the winner of numerous awards and the basis for an acclaimed documentary broadcast on PBS—features a new epilogue, bringing the still-relevant story into the twenty-first century.

Acknowledgments
Introduction: "Panic on the Potomac"
1. Peurifoy's Revelation: The Politics of the Purges
2. "This Used to Be a Very Gay City:" Lafayette Park and the Sex Crime Panic
3. "Cookie Pushers in Striped Pants:" The Lavender Lads in the State Department
4. "Fairies and Fair Dealers:" The Immoral Bureaucracy
5. The Hoey Investigation: Searching for a Homosexual Spy
6. "Let's Clean House:" The Eisenhower Security Program
7. Interrogations and Disappearances: Gay and Lesbian Subculture in 1950s Washington
8. "Homosexual Citizens:" The Mattachine Society of Washington
Epilogue
Notes
Oral History Interviews
Index