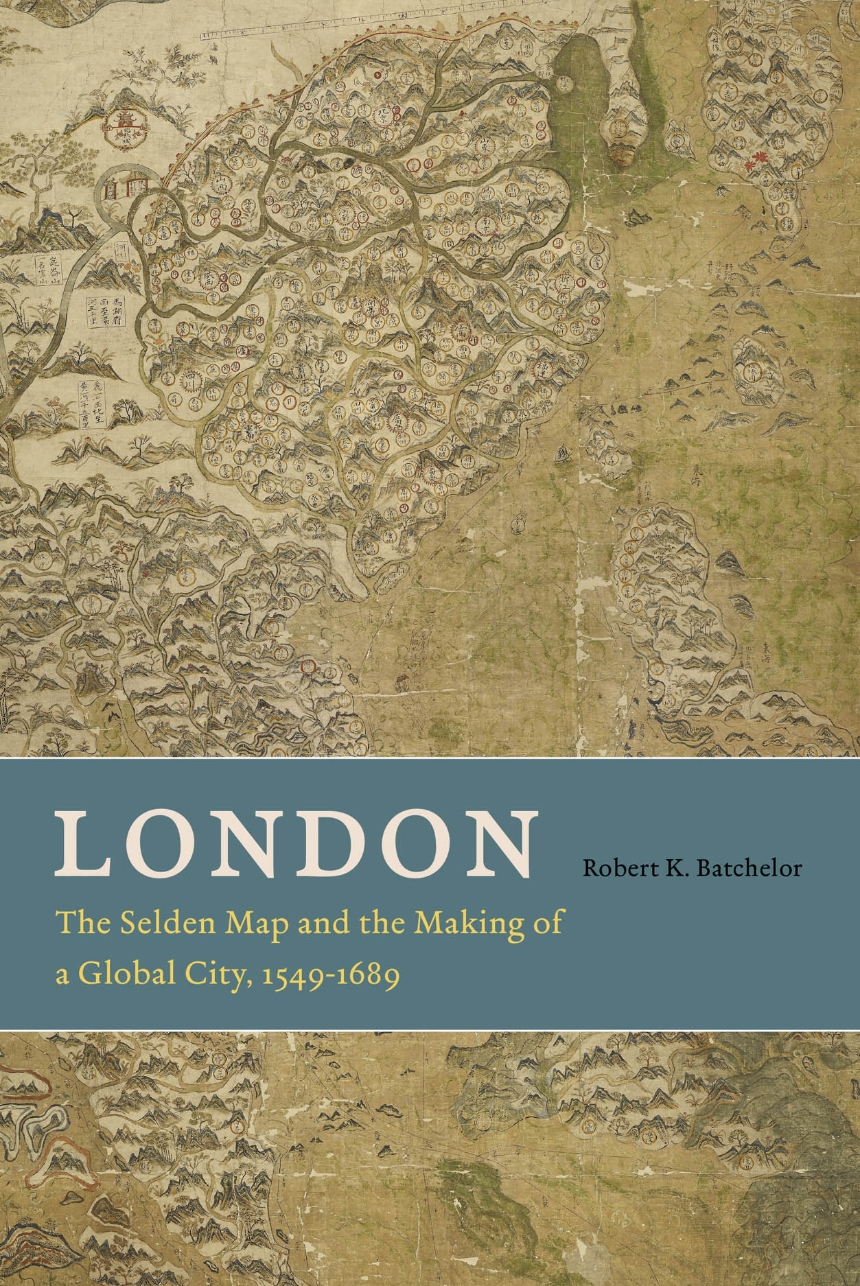 If one had looked for a potential global city in Europe in the 1540s, the most likely candidate would have been Antwerp, which had emerged as the center of the German and Spanish silver exchange as well as the Portuguese spice and Spanish sugar trades. It almost certainly would not have been London, an unassuming hub of the wool and cloth trade with a population of around 75,000, still trying to recover from the onslaught of the Black Plague. But by 1700 London’s population had reached a staggering 575,000—and it had developed its first global corporations, as well as relationships with non-European societies outside the Mediterranean. What happened in the span of a century and half? And how exactly did London transform itself into a global city?
London’s success, Robert K. Batchelor argues, lies not just with the well-documented rise of Atlantic settlements, markets, and economies. Using his discovery of a network of Chinese merchant shipping routes on John Selden’s map of China as his jumping-off point, Batchelor reveals how London also flourished because of its many encounters, engagements, and exchanges with East Asian trading cities. Translation plays a key role in Batchelor’s study—translation not just of books, manuscripts, and maps, but also of meaning and knowledge across cultures—and Batchelor demonstrates how translation helped London understand and adapt to global economic conditions. Looking outward at London’s global negotiations, Batchelor traces the development of its knowledge networks back to a number of foreign sources and credits particular interactions with England’s eventual political and economic autonomy from church and King.
London offers a much-needed non-Eurocentric history of London, first by bringing to light and then by synthesizing the many external factors and pieces of evidence that contributed to its rise as a global city. It will appeal to students and scholars interested in the cultural politics of translation, the relationship between merchants and sovereigns, and the cultural and historical geography of Britain and Asia.

"Unapologetic in its claims and exhaustive in its research. . . . Batchelor has issued an important challenge to his field, and historians of England cannot but take it up."

"Batchelor builds a solid case for English success in translating the Asian world as an indispensable factor in London’s growth as a global entrepôt for goods and knowledge alike. The Selden map in particular emerges as a key repository of information on the deep structures of Asian geography and commerce as they existed in the first centuries of European seaborne contact. We are indebted to Batchelor for translating its profundities to us."

"Batchelor’s work is a well researched contribution to the field when it comes to contextualizing and tracking the changes in Europeans’ travel logs, literary works, and maps, such as Cabot’s and Selden’s map or Hakluyt’s and Ogilby’s publications on Asia. Additionally, through his analysis of these products of European knowledge on Asia, Batchelor’s work aims to push forward the field of world history by arguing that changes in Asia brought about a new, more global, London."

Introduction: Translating Asia
The View from the Library
The Global City
The Question of Translation
The Subject of the Book

4. The Image of Absolutism
1661: Taming the Rebellious Emporium
Asia and the Problem of Restored Sovereignty
Absolutism and John Ogilby’s World Picture
Brokering the Absolutist Image: Interventions from Bombay and Taiwan

5. The System of the World
1687: Global Revolutions
The Search for New Translation Methods
The Newtonian System

Conclusion: Asia and the Making of Modern London
Acknowledgments
A Note on Manuscripts
Notes
Index