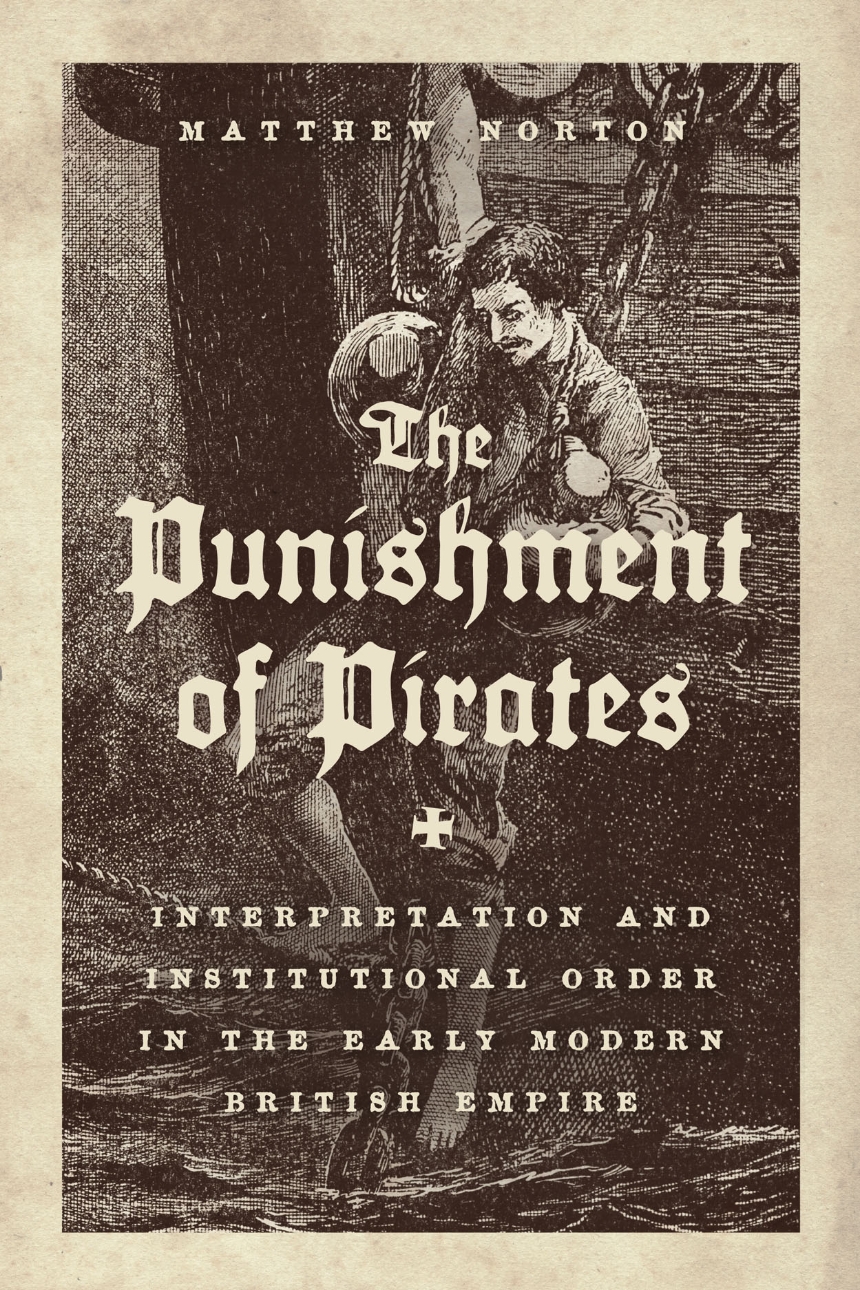 The Punishment of Pirates

Interpretation and Institutional Order in the Early Modern British Empire

The Punishment of Pirates

Interpretation and Institutional Order in the Early Modern British Empire

A sociological investigation into maritime state power told through an exploration of how the British Empire policed piracy.

Early in the seventeenth-century boom of seafaring, piracy allowed many enterprising and lawless men to make fortunes on the high seas, due in no small part to the lack of policing by the British crown. But as the British empire grew from being a collection of far-flung territories into a consolidated economic and political enterprise dependent on long-distance trade, pirates increasingly became a destabilizing threat. This development is traced by sociologist Matthew Norton in The Punishment of Pirates, taking the reader on an exciting journey through the shifting legal status of pirates in the seventeenth and eighteenth centuries.

Norton shows us that eliminating this threat required an institutional shift: first identifying and defining piracy, and then brutally policing it. The Punishment of Pirates develops a new framework for understanding the cultural mechanisms involved in dividing, classifying, and constructing institutional order by tracing the transformation of piracy from a situation of cultivated ambiguity to a criminal category with violently patrolled boundaries—ending with its eradication as a systemic threat to trade in the English Empire. Replete with gun battles, executions, jailbreaks, and courtroom dramas, Norton’s book offers insights for social theorists, political scientists, and historians alike.

“Brilliant and innovative, Norton bridges literature on social coordination (which is often in economic or political science) to cultural sociology. Providing a wealth of information about piracy, privateering, and attempts at policing both, The Punishment of Pirates is certain to be read and enjoyed by cultural sociologists, comparative historical sociologists, state-theorists, theorists of power, and scholars of empire.”

“Highly original and based on a detailed examination of primary documents, The Punishment of Pirates explains how the English state gained control of piracy in the late seventeenth and early eighteenth centuries. In addition to providing an innovative cultural explanation for how the English were able to quash piracy, Norton points the way toward a richer understanding of the sources of institutional power, and the problems of coordination inherent in them that economic approaches tend to overlook.”

Introduction: Meanings and Mass Executions
1: Institutions as Cultural Systems
2: The Transformations of Empire
3: Vagueness and Violence on the Maritime Periphery
4: The Classification of Pirates
5: Guns, Gallows, and Interpretive Infrastructures
6: “Hung Up in Irons, to Be a Spectacle, and So a Warning to Others”
7: Ambiguity Lost: Temporality and Fatalism on the Edge of Empire
Conclusion: Pirates, Adverbs, and Institutions
Acknowledgments
Notes
References
Index