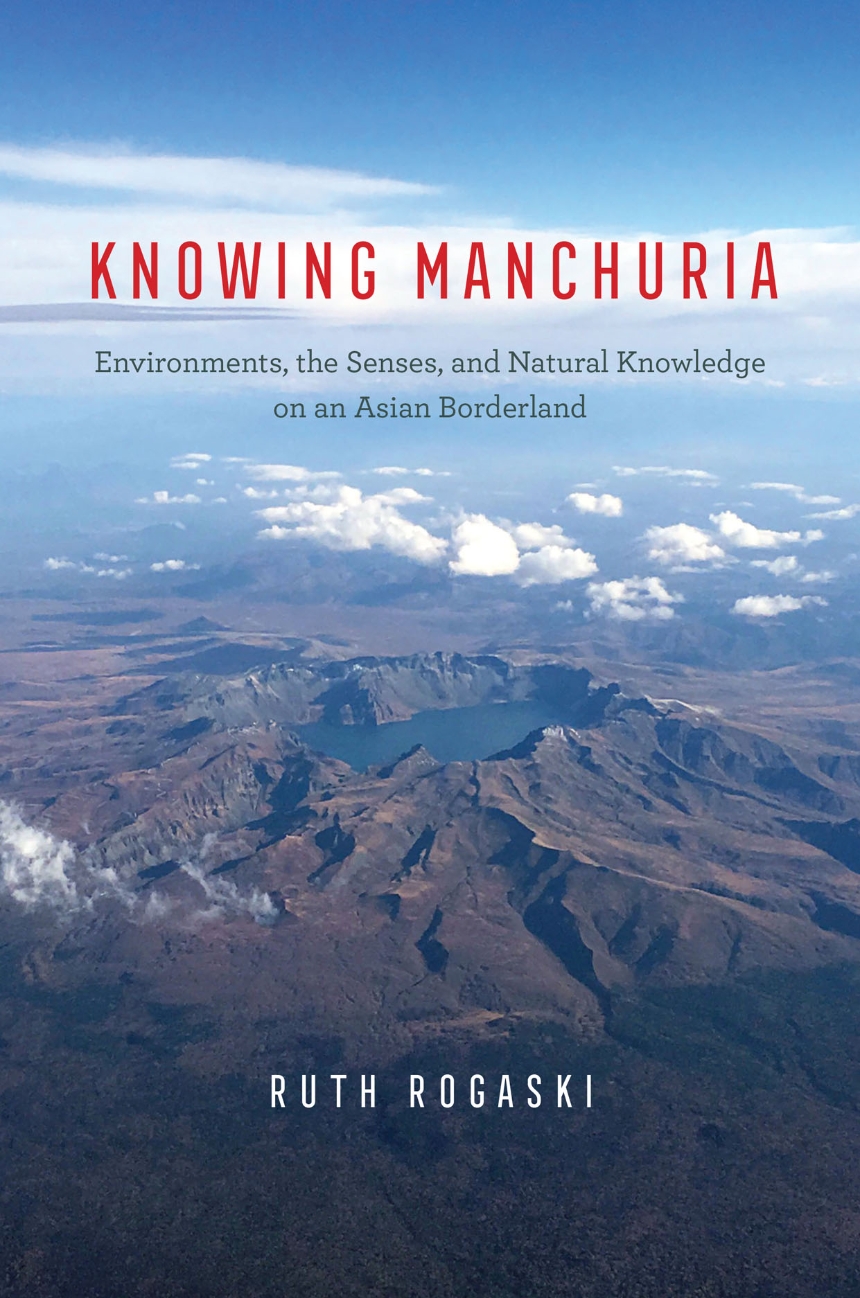 Environments, the Senses, and Natural Knowledge on an Asian Borderland

Environments, the Senses, and Natural Knowledge on an Asian Borderland

Making sense of nature in one of the world’s most contested borderlands.

According to Chinese government reports, hundreds of plague-infected rodents fell from the skies over Gannan county on an April night in 1952. Chinese scientists determined that these flying voles were not native to the region, but were vectors of germ warfare, dispatched over the border by agents of imperialism. Mastery of biology had become a way to claim political mastery over a remote frontier. Beginning with this bizarre incident from the Korean War, Knowing Manchuria places the creation of knowledge about nature at the center of our understanding of a little-known but historically important Asian landscape.

At the intersection of China, Russia, Korea, and Mongolia, Manchuria is known as a site of war and environmental extremes, where projects of political control intersected with projects designed to make sense of Manchuria’s multiple environments. Covering more than 500,000 square miles, Manchuria’s landscapes include temperate rainforests, deserts, prairies, cultivated plains, wetlands, and Siberian taiga. With analysis spanning the seventeenth century to the present day, Ruth Rogaski reveals how an array of historical actors—Chinese poets, Manchu shamans, Russian botanists, Korean mathematicians, Japanese bacteriologists, American paleontologists, and indigenous hunters—made sense of the Manchurian frontier. She uncovers how natural knowledge, and thus the nature of Manchuria itself, changed over time, from a sacred “land where the dragon arose” to a global epicenter of contagious disease; from a tragic “wasteland” to an abundant granary that nurtured the hope of a nation.

“A beautifully rendered volume, [Knowing Manchuria] takes the reader on an epic journey over three centuries from the 1600s and across a vast landscape whose ecosystem is as diverse as its human inhabitants. . . . A crucial contribution to the understandings of East Asia, of imperialism and indigeneity, and of science and the modern state.”

"Rogaski has an enviable ability to present sophisticated analysis in engaging and readable prose. She moves across intellectual landscapes as diverse as the physical landscape of Manchuria itself, skillfully fusing the methodologies of environmental history and history of science to map the ‘nature of Manchuria’ from the viewpoints of an array of social actors across time. The book is beautifully written, compellingly integrates environmental and social history, and brings to life the complex historical narratives and voices of Manchu, Chinese, Japanese, and European people."

"Knowing Manchuria represents interdisciplinary historical scholarship of the highest order. Writing with flair and felicity, Rogaski takes us on a breathtaking journey through the vast expanse of Manchuria, from the snow-dusted top of Golmin šanggiyan alin to the 'barren' land that became a bountiful 'granary.' She shows us how a motley cast of characters from Manchu emperors and Chinese exiles to Russian botanists and Japanese bacteriologists endeavored to know the nature of Manchuria and, in so doing, tame it to serve their variegated ends. Her observations are sharp and refreshing, and readers will be rewarded with a fresh look at the history of this important region and the broader question of how we are changed through our encounters with and attempts to make sense of the 'natural' world."

"Manchuria comes alive in this insightful, elegant text. Rogaski shows us how people, plagues, plants, and animals—living, fossilized, and mythologized—shaped the meanings of a place caught between nation-states and empires and at the center of some of the most important shifts in East Asian geopolitics. The particular genius of Knowing Manchuria resides in Rogaski's stubborn, brilliant refusal to simplify this vast, diverse, vibrant place, even as she tells clear stories realized through close readings of diverse sources. The result is a book that helps us to better understand how spaces become places and how efforts to know a place can be both brutally destructive and pregnant with wondrous possibility."

Introduction: The Flying Voles of Gannan and the Challenge of Knowing Manchuria's Natures
1 Landscapes of Exile: Nostalgia and Natural History on the Journey to Ningguta
2 Where the Dragon Arose: Discovering the Dragon through Number and Blood
3 Si(gh)ting the White Mountain: Locating Mount Paektu/Changbai in a Sacred Landscape
4 Flowers along the Amur: Making Sense of Plant Diversity on the Amazon of Asia
5 Fossils of Empire: The Jehol Biota and the Age of Coal
6 Plagueland: Pursuing Yersinia pestis on the Manchurian-Mongolian Grassland
7 Scientific Redemption: The Flying Voles of Gannan Revisited
8 Reclaimed: Technology and Embodied Knowledge on the Sanjiang Plain
Conclusion: A View from the Mountain
Acknowledgments
Glossary
Notes
Bibliography
Index