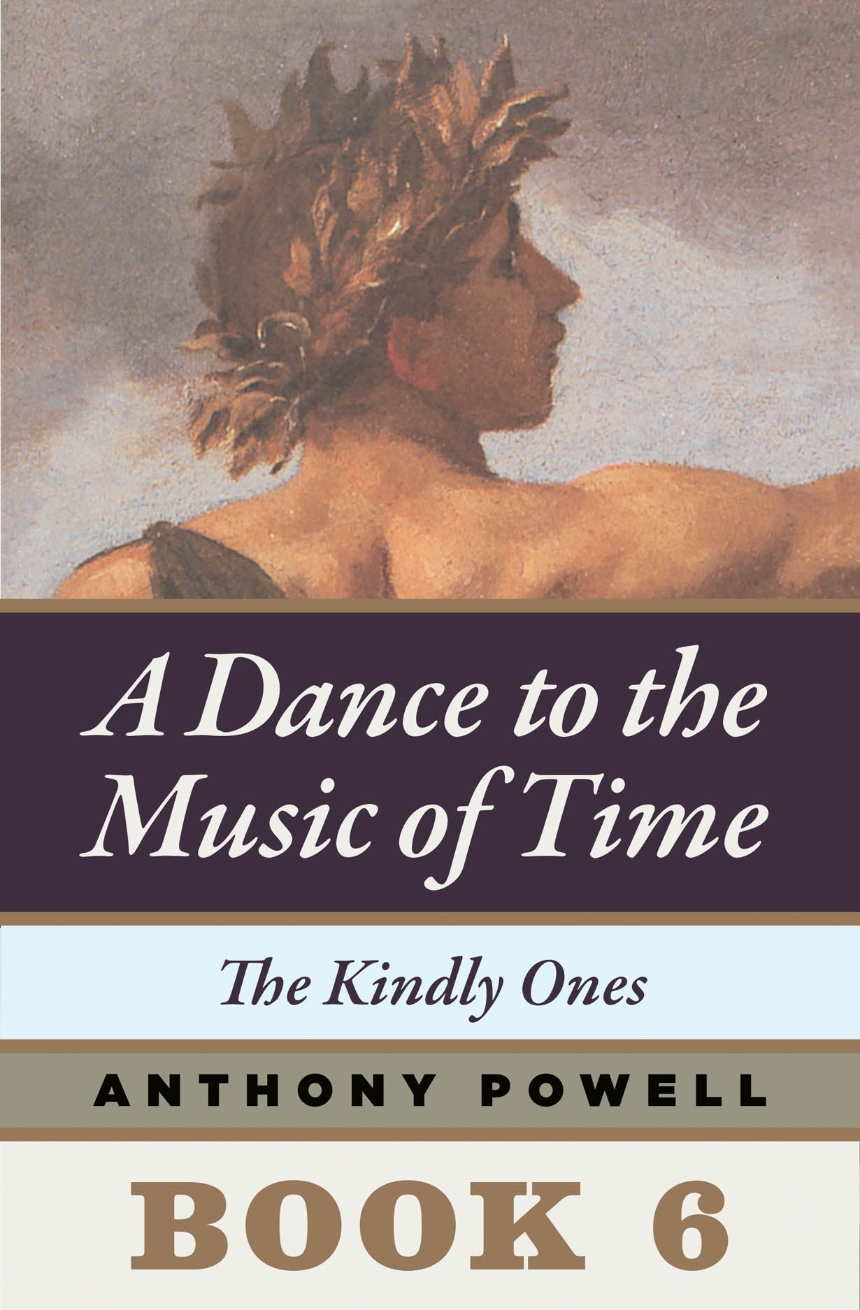 Book 6 of A Dance to the Music of Time

Book 6 of A Dance to the Music of Time

As volume six, The Kindly Ones (1962), opens, rumblings from Germany recall memories of Nick Jenkins’s boyhood and his father’s service in World War I; it seems clear that all too soon, uniforms will be back in fashion. The looming threat throws the ordinary doings of life into stark relief, as Nick and his friends continue to negotiate the pitfalls of adult life. Moreland’s marriage founders, Peter Templer’s wife—his second—is clearly going mad, and Widmerpool is, disturbingly, gaining prominence in the business world even as he angles for power in the coming conflict. War, with all its deaths and disruptions, is on the way.

2. IT IS ODD TO THINK THAT ONLY FOURTEEN or fifteen years after...

3. EVERY CHRISTMAS, AS I HAVE SAID, ALBERT used to send...

4. WHEN THE SWORD OF MITHRAS—TO BORROW Dr Trelawney’s phrase...