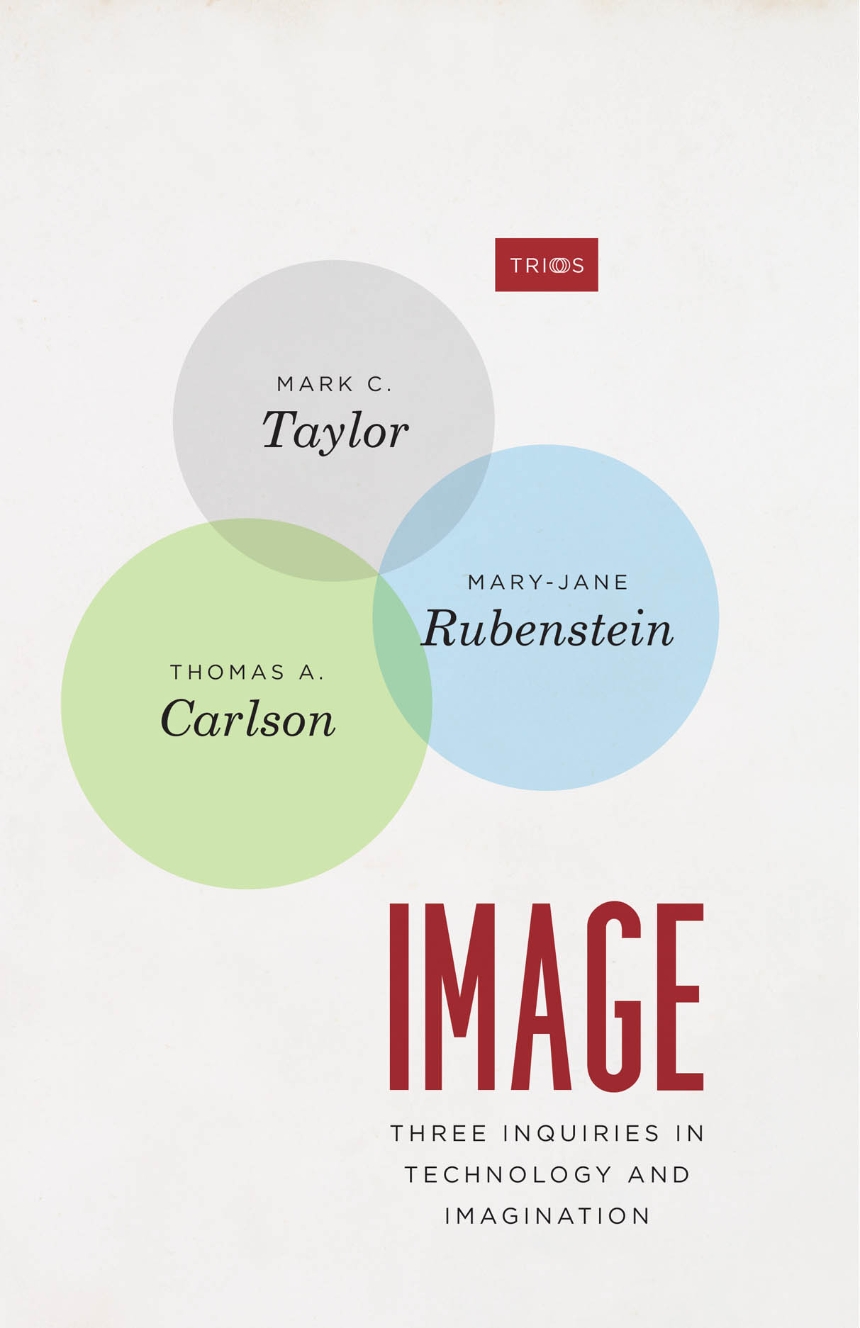 Three Inquiries in Technology and Imagination

Three Inquiries in Technology and Imagination

The three essays in Image, written by leading philosophers of religion, explore the modern power of the visual at the intersection of the human and the technological.

Modern life is steeped in images, image-making, and attempts to control the world through vision. Mastery of images has been advanced by technologies that expand and reshape vision and enable us to create, store, transmit, and display images. The three essays in Image, written by leading philosophers of religion Mark C. Taylor, Mary-Jane Rubenstein, and Thomas A. Carlson, explore the power of the visual at the intersection of the human and the technological. Building on Heidegger’s notion that modern humanity aims to master the world by picturing or representing the real, they investigate the contemporary culture of the image in its philosophical, religious, economic, political, imperial, and military dimensions, challenging the abstraction, anonymity, and dangerous disconnection of contemporary images.

Taylor traces a history of capitalism, focusing on its lack of humility, particularly in the face of mortality, and he considers art as a possible way to reconnect us to the earth. Through a genealogy of iconic views from space, Rubenstein exposes the delusions of conquest associated with extraterrestrial travel. Starting with the pressing issues of surveillance capitalism and facial recognition technology, Carlson extends Heidegger’s analysis through a meditation on the telematic elimination of the individual brought about by totalizing technologies. Together, these essays call for a consideration of how we can act responsibly toward the past in a way that preserves the earth for future generations. Attending to the fragility of material things and to our own mortality, they propose new practices of imagination grounded in love and humility.

“Image is a gorgeous volume of ideas from three of the most significant philosophers of religion and culture. Deep fakes. Love and death. Sun Ra and the absurdity of Silicon Valley futurists—all come together in a way that is accessible and unexpected. This will be essential reading for years to come.”

John Lardas Modern, author of Neuromatic; or, A Particular History of Religion and the Brain

“In Image, three distinguished scholars draw inspiration from a host of innovative thinkers to address our contemporary preoccupation with what can only be called the ‘posthuman.’ It is a small masterpiece. Specialists in religion, philosophy, technology studies, feminist studies, aesthetics, and phenomenology will delight in this book.”

"In this coauthored book, Taylor, Rubenstein, and Carlson deliver richly conceived interpretations of images in modern cultural history... The book combines a sophisticated understanding of specific cases and historical events with analyses of timeless questions that will surely haunt and inspire the human imagination for generations to come... Highly recommended."

Above Us, Only Sky
Mary-Jane Rubenstein