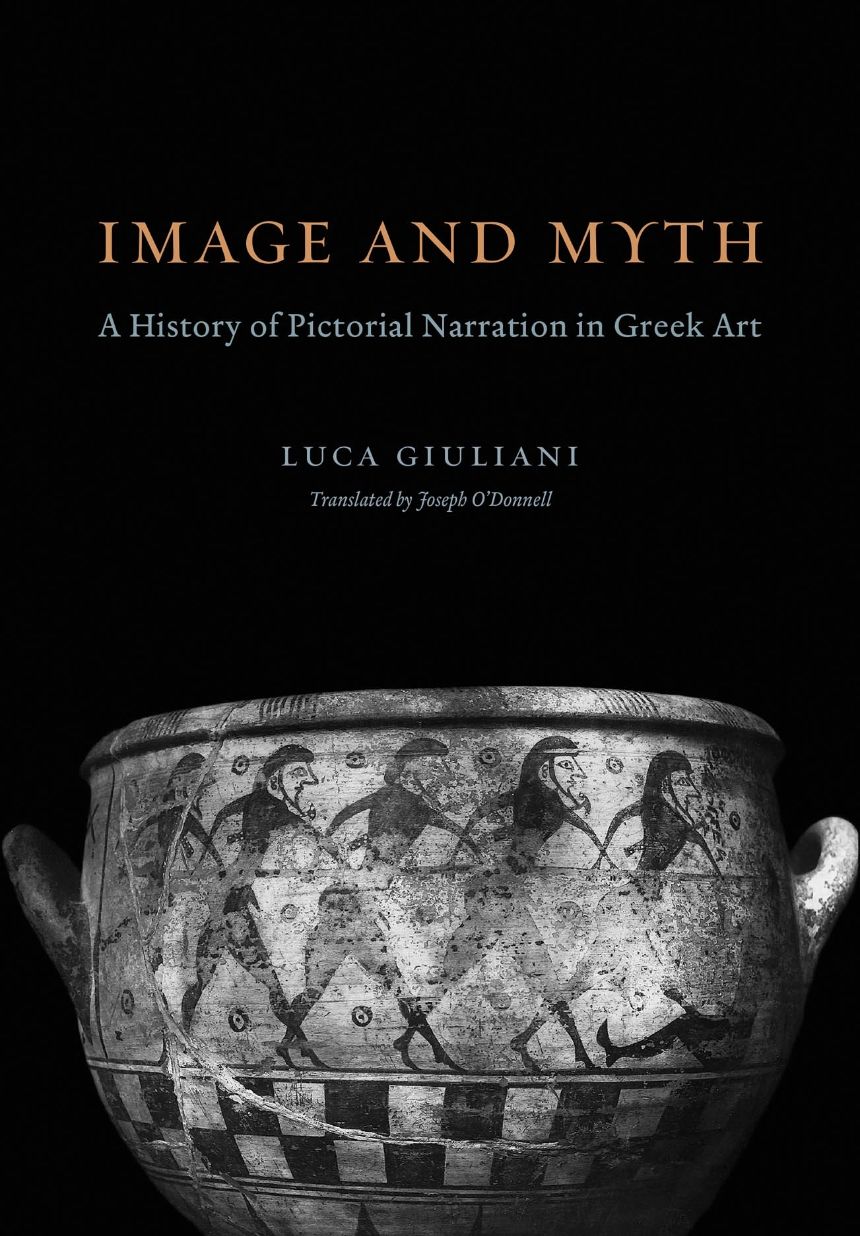 A History of Pictorial Narration in Greek Art

A History of Pictorial Narration in Greek Art

Translated by Joseph O'Donnell
On museum visits, we pass by beautiful, well-preserved vases from ancient Greece—but how often do we understand what the images on them depict? In Image and Myth, Luca Giuliani tells the stories behind the pictures, exploring how artists of antiquity had to determine which motifs or historical and mythic events to use to tell an underlying story while also keeping in mind the tastes and expectations of paying clients.
Covering the range of Greek style and its growth between the early Archaic and Hellenistic periods, Giuliani describes the intellectual, social, and artistic contexts in which the images were created. He reveals that developments in Greek vase painting were driven as much by the times as they were by tradition—the better-known the story, the less leeway the artists had in interpreting it. As literary culture transformed from an oral tradition, in which stories were always in flux, to the stability of written texts, the images produced by artists eventually became nothing more than illustrations of canonical works. At once a work of cultural and art history, Image and Myth builds a new way of understanding the visual culture of ancient Greece.

“Three clear virtues set Luca Giuliani’s book apart. First, it sets the discussion of scenes related to myth in Greek art into the wider context of discussion of the relationship between art and text. Second, it has both important methodological and important substantive theses to argue—that pictures may relate to stories as a whole rather than only illustrating the words of a particular text, and that a marked change from relating to stories to relating to texts occurred at the end of the fifth century. Third, Giuliani takes seriously the importance of other images in shaping an artist’s choice of presentation and reads images in series. Image and Myth, now sensitively translated, puts German scholarship back at the center of the argument about art and text. All future study of the subject will have to begin from the pleasures of Giuliani’s text.”