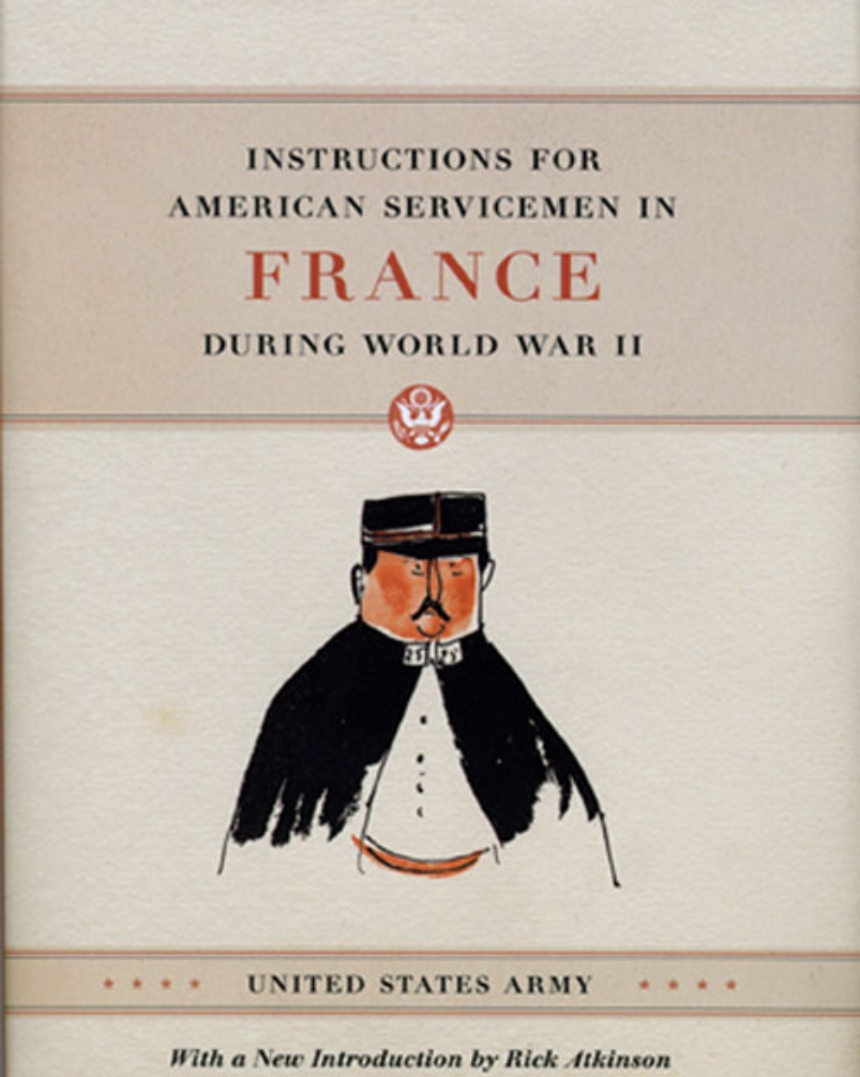 Instructions for American Servicemen in France during World War II

Instructions for American Servicemen in France during World War II

With a new Introduction by Rick Atkinson
“You are about to play a personal part in pushing the Germans out of France. Whatever part you take—rifleman, hospital orderly, mechanic, pilot, clerk, gunner, truck driver—you will be an essential factor in a great effort.”

As American soldiers fanned out from their beachhead in Normandy in June of 1944 and began the liberation of France, every soldier carried that reminder in his kit. A compact trove of knowledge and reassurance, Instructions for American Servicemen in France during World War II was issued to soldiers just before they embarked for France to help them understand both why they were going and what they’d find when they got there. After lying unseen in Army archives for decades, this remarkable guide is now available in a new facsimile edition that reproduces the full text and illustrations of the original along with a new introduction by Rick Atkinson setting the book in context.
Written in a straightforward, personal tone, the pamphlet is equal parts guidebook, cultural snapshot, and propaganda piece. A central aim is to dispel any prejudices American soldiers may have about the French—especially relating to their quick capitulation in 1940. Warning soldiers that the defeat “is a raw spot which the Nazis have been riding” since the occupation began, Instructions is careful to highlight France’s long historical role as a major U.S. ally. Following that is a brief, fascinating sketch of the French character (“The French are mentally quick;” “Rich or poor, they are economical”) and stark reminders of the deprivation the French have endured under occupation. Yet an air of reassuring confidence pervades the final section of the pamphlet, which reads like a straightforward tourists’ guide to Paris and the provinces—like a promise of better days to come once the soldiers complete their mission.
Written by anonymous War Department staffers to meet the urgent needs of the moment, with no thought of its historical value, Instructionsfor American Servicemen in France during World War II nevertheless brings to vivid life the closing years of World War II—when optimism was growing, but a long, demanding road still lay ahead.

Read the introduction by Rick Atkinson.

"This little guide book is a small window into two worlds, and is an interesting addition to anyone’s collection. . . . Courses that deal with social and cultural impacts of conflict might find this small text manageable for assignments or even tutorial discussions; whenever primaruy materials are brought into the classroom it improves the quality of the class. . . . It shines a bit of light into a small area that is very rarely discussed."