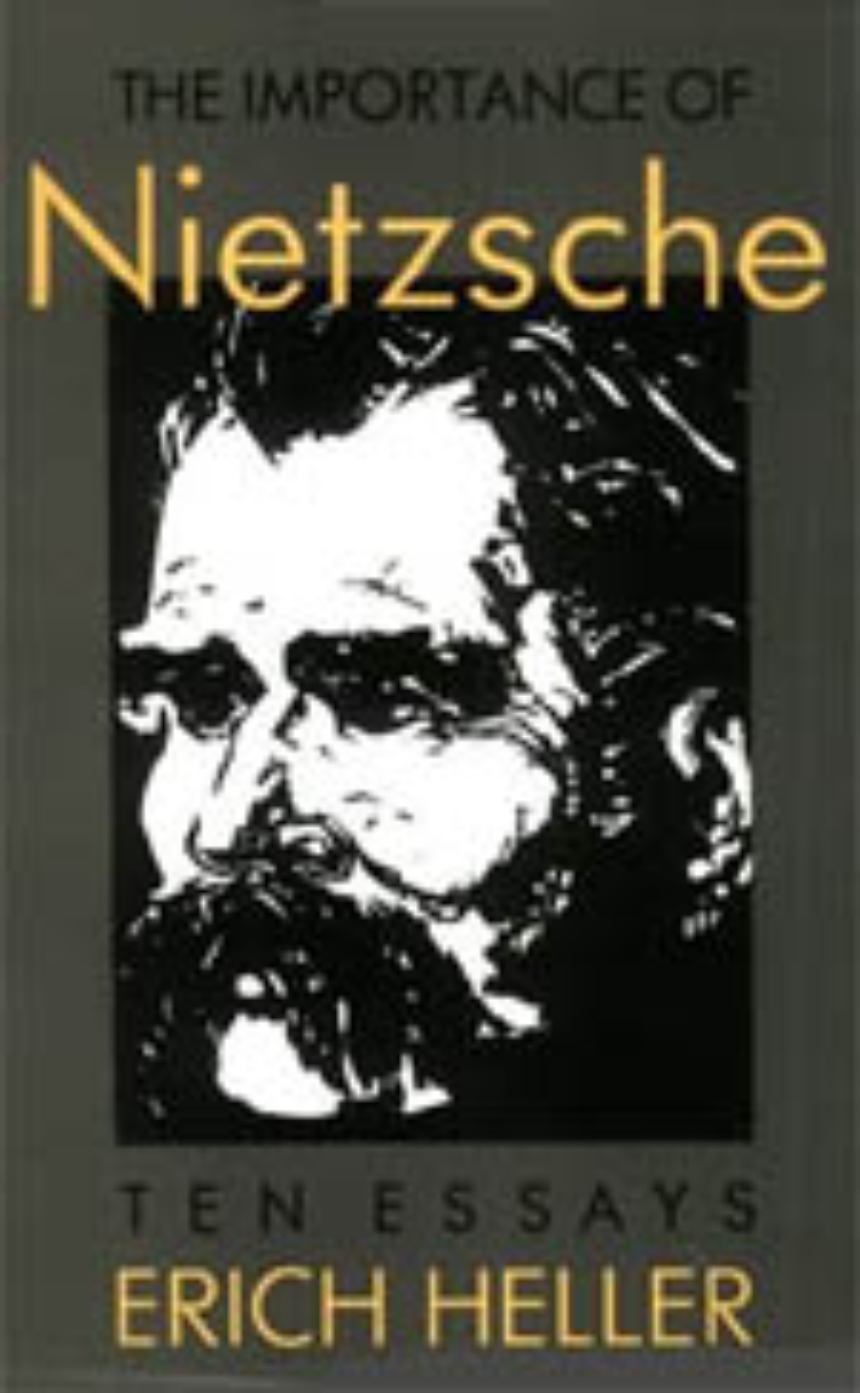 The Importance of Nietzsche

The Importance of Nietzsche

In this book, one of the most distinguished scholars of German culture collects his essays on a figure who has long been one of his chief preoccupations. Erich Heller’s lifelong study of modern European literature necessarily returns again and again to Friedrich Nietzsche.

Nietzsche prided himself on having broken with all traditional ways of thinking and feeling, and once even claimed that he would someday be recognized for having ushered in a new millennium. While acknowledging Nietzsche’s radicalism, Heller also insists on the continuity of the story in which he does indeed occupy a central place. By considering Nietzsche in relation to Goethe, Rilke, Wittgenstein, Yeats, and others, Heller shows the philosopher’s ambivalence toward the tradition he inherited as well as his profound effect on the thought and sensibility of those who followed him. It is hardly an exaggeration to say, as Heller does in his first essay, that Nietzsche is to many modern writers and thinkers—including Mann, Musil, Kafka, Freud, Heidegger, Jaspers, Gide, and Sartre—what St. Thomas Aquinas was to Dante: the categorical interpreter of a world, which they contemplate imaginatively and theoretically without ever much upsetting its Nietzschean structure.

Thus it is Nietzsche’s thought, so pervasively present in the themes of modernity, that gives coherence and unity to Heller’s essays. What emerges from them is that, despite his iconoclastic declarations and unorthodox philosophical practices, Nietzsche deals with the human spirit’s persistent concerns. His questions remain urgent, and even the answers, in all their contradictoriness, possess the commanding force of his inquiry. An example is the incompatibility of the famous extremes, the teaching of the Übermensch and the Eternal Recurrence of All Things. These cancel each other out and yet grow from the same intellectual and spiritual roots, as is shown lucidly and cogently by one of Heller’s most forceful essays, "Nietzsche’s Terrors: Time and the Inarticulate." In fathoming the depth of this contradiction, Heller at the same time reveals the importance of Nietzsche for those who seek to understand the wellsprings of the epoch’s disquiet, turmoil, and creativity.

Preface
Vocabulary, References, and Acknowledgments
1. The Importance of Nietzsche
2. Nietzsche and Goethe
3. Burckhardt and Nietzsche
4. Nietzsche, the Teacher of "Free Spirits"
5. Zarathustra’s Three Metamorphoses: Facets of Nietzsche’s Intellectual Biography and the Apotheosis of Innocence
6. Rilke and Nietzsche with a Discourse on Thought, Belief and Poetry
7. Yeats and Nietzsche: Reflections on Aestheticism and a Poet’s Marginal Notes
8. Wittgenstein and Nietzsche
9. Nietzsche’s Last Words about Art versus Truth
10. Nietzsche’s Terrors: Time and the Inarticulate
Notes