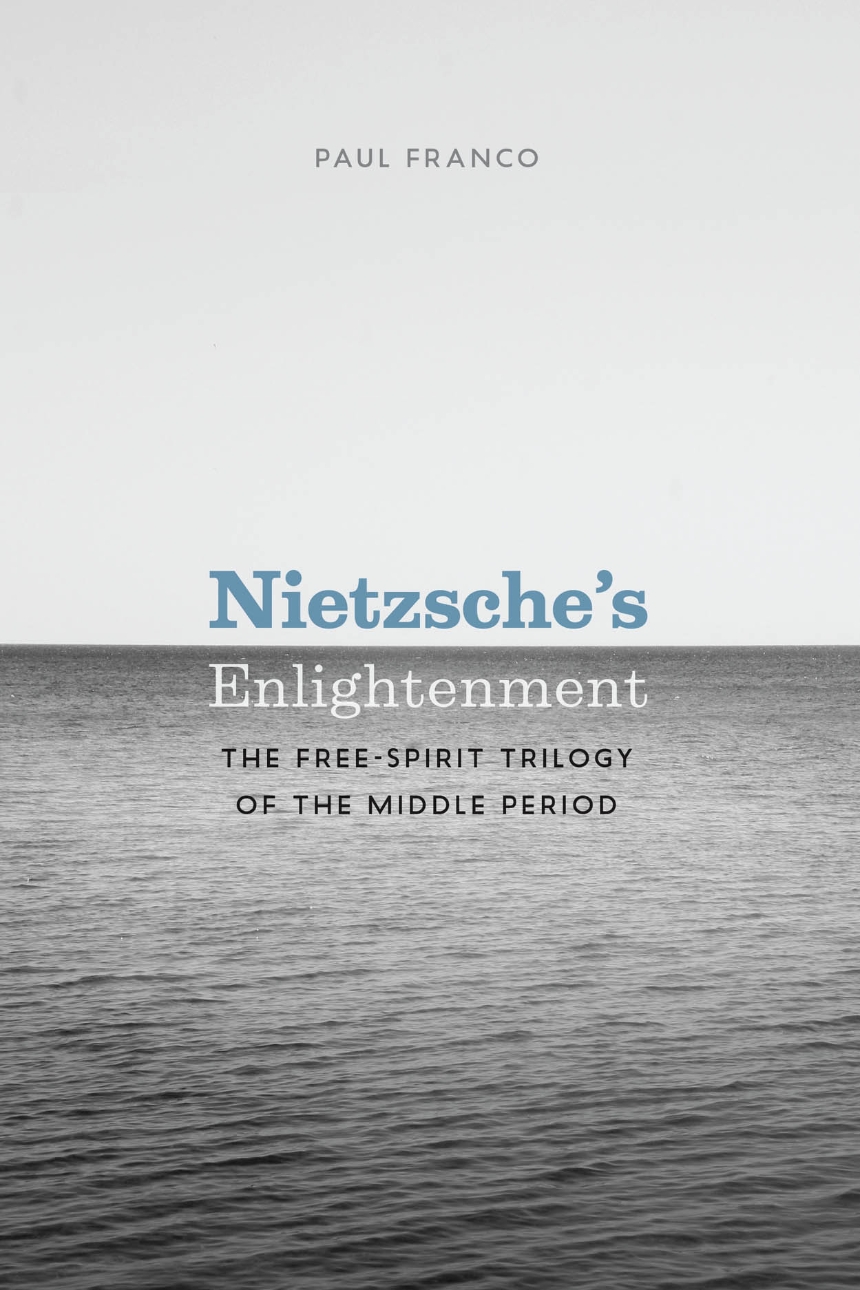 The Free-Spirit Trilogy of the Middle Period

The Free-Spirit Trilogy of the Middle Period

While much attention has been lavished on Friedrich Nietzsche’s earlier and later works, those of his so-called middle period have been generally neglected, perhaps because of their aphoristic style or perhaps because they are perceived to be inconsistent with the rest of his thought. With Nietzsche’s Enlightenment, Paul Franco gives this crucial section of Nietzsche’s oeuvre its due, offering a thoughtful analysis of the three works that make up the philosopher’s middle period: Human, All too Human; Daybreak; and The Gay Science.
It is Nietzsche himself who suggests that these works are connected, saying that their “common goal is to erect a new image and ideal of the free spirit.” Franco argues that in their more favorable attitude toward reason, science, and the Enlightenment, these works mark a sharp departure from Nietzsche’s earlier, more romantic writings and differ in important ways from his later, more prophetic writings, beginning with Thus Spoke Zarathustra. The Nietzsche these works reveal is radically different from the popular image of him and even from the Nietzsche depicted in much of the secondary literature; they reveal a rational Nietzsche, one who preaches moderation instead of passionate excess and Dionysian frenzy. Franco concludes with a wide-ranging examination of Nietzsche’s later works, tracking not only how his outlook changes from the middle period to the later but also how his commitment to reason and intellectual honesty in his middle works continues to inform his final writings.

“[Nietzsche’s Enlightenment] offers a highly lucid and incisive engagement with the middle period of Nietzsche and genuinely illuminates the texts of this period. Franco has read these graceful texts carefully and diligently and he advances his claims and insights about them in a measured and thoughtful manner. . . . [A] most welcome addition to our appreciation of Nietzsche and an important and helpful study of the middle period.”

“Insightful and rigorous, Nietzsche’s Enlightenment is an essential companion to Nietzsche’s middle works, one that at the same time helps illuminate the philosophical motivations of Nietzsche’s thought as a whole.”

“Franco ably shows how the mature Nietzsche evolves from the middle Nietzsche and how the scientific and rationalist aspects of the middle period condition and constrain some of the apparent excesses of the mature works. . . . Recommended.”

“Franco’s writing is marked by clear-headed, intelligent judgment that makes it a pleasure to read. In particular, his evident mastery of Nietzsche’s texts, including the notebooks and letters, puts him in a position to view Nietzsche’s achievement chronologically and to note, as he constantly does, just what is new, just what is said for the first time. Franco gives his reader the sense of being educated by watching a truly great thinker grow into himself with ever-deeper understanding and an ever more comprehensive perspective. And Franco always seems to know just where he is in the arc of Nietzsche’s development, consistently signaling just how the new relates to and advances what Nietzsche had previously achieved.”

“Poststructuralists have long mined the works of Nietzsche’s middle period in their efforts to employ Nietzsche as an advocate of their deconstructionist enterprise. Paul Franco shows us in a wonderful fashion why their reading is mistaken and in doing so reveals a Nietzsche who is much more friendly to the Enlightenment and the humanist tradition than is generally imagined. It is the best book I know of on this period of Nietzsche’s thought.”

Preface
List of Abbreviations
PROLOGUE / Birth of a Free Spirit
ONE / Human, All too Human and the Problem of Culture
TWO / Daybreak and the Campaign against Morality
THREE / The Gay Science and the Incorporation of Knowledge
FOUR / The Later Works: Beyond the Free Spirit
EPILOGUE
Notes
Index