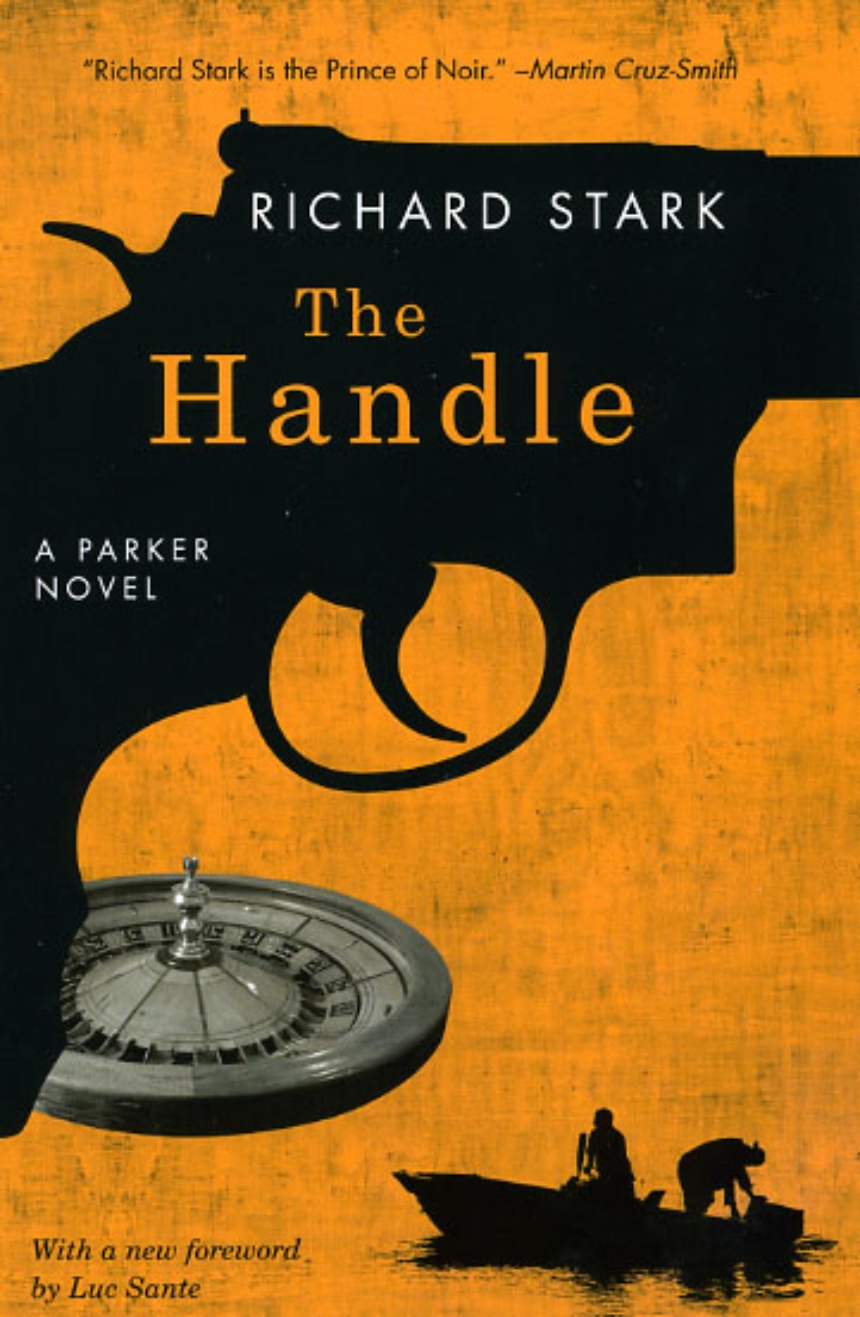 In The Handle, Parker is enlisted by the mob to knock off an island casino guarded by speedboats and heavies, forty miles from the Texas coast. With double-crosses and double-dealings from the word go, Parker knows the line between success and failure on this score would be exactly the length of the barrel of a .38.