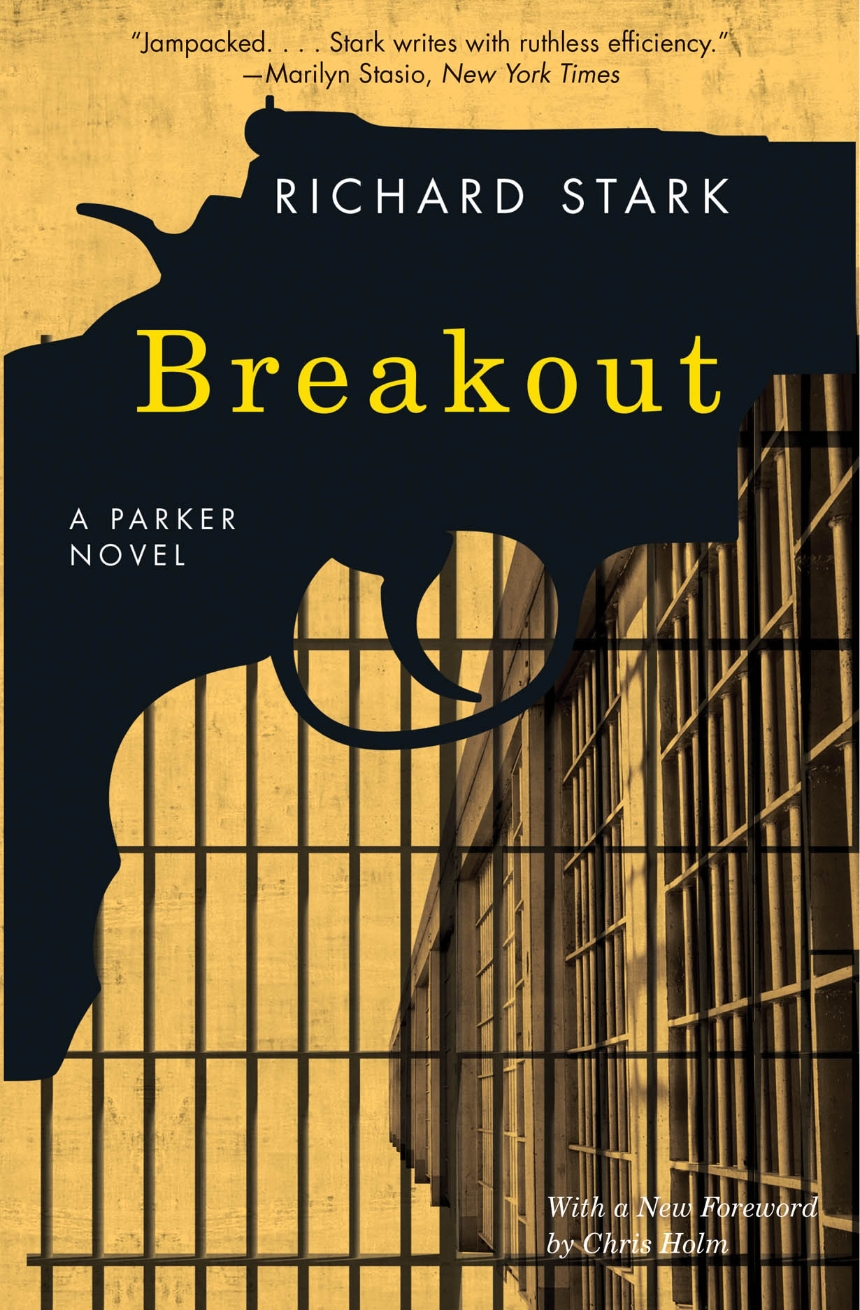 With a new Foreword by Chris Holm
Together at last. Under the pseudonym Richard Stark, Donald E. Westlake, one of the greats of crime fiction, wrote twenty-four fast-paced, hard-boiled novels featuring Parker, a shrewd career criminal with a talent for heists and a code all his own. With the publication of the last four Parker novels Westlake wrote—Breakout, Nobody Runs Forever, Ask the Parrot, and Dirty Money—the University of Chicago Press pulls the ultimate score: for the first time ever, the entire Parker series will be available from a single publisher.

With Parker locked up and about to be unmasked, Breakout follows his Houdini-like escape from prison with a team of convicts. But when a new heist and new dangers—con artists, snitches, busybodies, eccentrics, and cops—loom among the dark alleys and old stone buildings of the big city to which they’ve fled, Parker soon learns that not all prisons have bars.

Featuring new forewords by Chris Holm, Duane Swierczynski, and Laura Lippman—celebrated crime writers, all—these masterworks of noir are the capstone to an extraordinary literary run that will leave you craving more. Written over the course of fifty years, the Parker novels are pure artistry, adrenaline, and logic both brutal and brilliant. Join Parker on his jobs and read them all again or for the first time. Just don’t talk to the law.

“Stark . . . applies his great wit and dexterous mental skills to a series of . . . ingenious exits and entrances in (what else?) Breakout. . . . Jampacked. . . . He writes with ruthless efficiency.”

“Stark invites readers to project themselves onto the always-assured Parker, making him a frighteningly easy sociopath to root for. And watching knowledgeable bad guys ply their shadowy trade under pressure is always fun. An immensely pleasurable entry in the Parker series. . . . Simply put, Breakout is great escapist fiction.”

“Packed so tightly with the painstaking details of everything from the dank tedium of prison life to the architecture and construction of a Midwestern shopping complex that it comes as a shock to realize the volume isn’t bigger than it is. Stark, the nom de crime adopted for this series by MWA Grand Master Donald Westlake, is an artist of compression, with the ability to create a complex, frightening character in very few words. . . . Exhilarating. Watching artists like Stark and Parker at work is a great pleasure, which an increasing audience will be delighted to share.”

“If nothing else, Breakout proves that it’s hard to get good help nowadays. . . . With help at such a premium, fans will thank Stark/Westlake for assisting them in making it through another night of guaranteed spare, straight-ahead action and dark humor.”

“Suspenseful . . . snarling and tough. . . . As always, Stark/Westlake writes like the consummate pro he is.”

“Marvelous. . . . Westlake, nearly half a century into his writing career, remains frequently superb.”