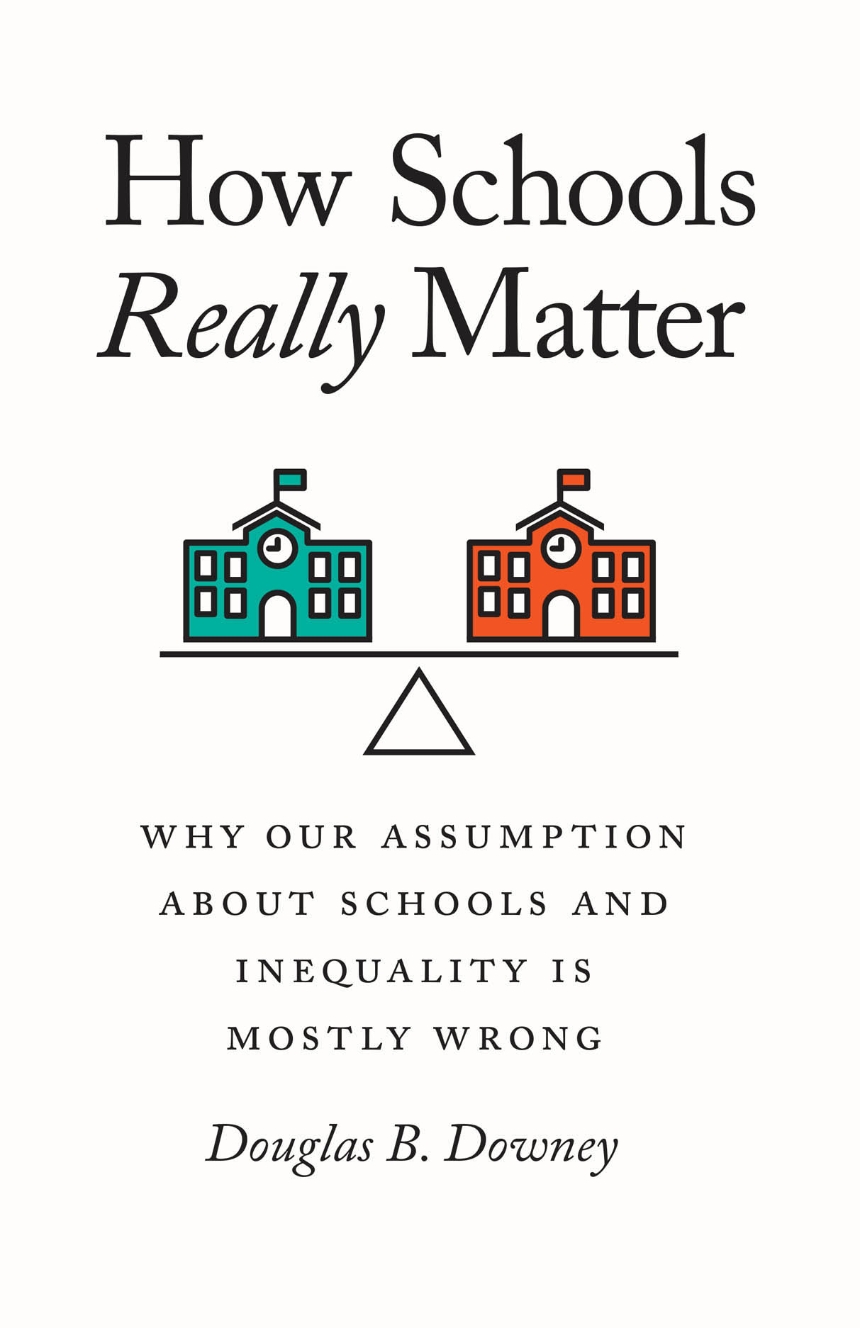 Why Our Assumption about Schools and Inequality Is Mostly Wrong

Why Our Assumption about Schools and Inequality Is Mostly Wrong

Most of us assume that public schools in America are unequal—that the quality of the education varies with the location of the school and that as a result, children learn more in the schools that serve mostly rich, white kids than in the schools serving mostly poor, black kids. But it turns out that this common assumption is misplaced. As Douglas B. Downey shows in How Schools Really Matter, achievement gaps have very little to do with what goes on in our schools. Not only do schools not exacerbate inequality in skills, they actually help to level the playing field. The real sources of achievement gaps are elsewhere.

A close look at the testing data in seasonal patterns bears this out. It turns out that achievement gaps in reading skills between high- and low-income children are nearly entirely formed prior to kindergarten, and schools do more to reduce them than increase them. And when gaps do increase, they tend to do so during summers, not during school periods. So why do both liberal and conservative politicians strongly advocate for school reform, arguing that the poor quality of schools serving disadvantaged children is an important contributor to inequality? It’s because discussing the broader social and economic reforms necessary for really reducing inequality has become too challenging and polarizing—it’s just easier to talk about fixing schools. Of course, there are differences that schools can make, and Downey outlines the kinds of reforms that make sense given what we know about inequality outside of schools, including more school exposure, increased standardization, and better and fairer school and teacher measurements.
​
How Schools Really Matter offers a firm rebuke to those who find nothing but fault in our schools, which are doing a much better than job than we give them credit for. It should also be a call to arms for educators and policymakers: the bottom line is that if we are serious about reducing inequality, we are going to have to fight some battles that are bigger than school reform—battles against the social inequality that is reflected within, rather than generated by—our public school system.

"How Schools Really Matter is impressively short and even more impressively readable: it’s an ideal text for anyone who’d rather not pretend to understand equations as they try to figure out what sociologists of education are up to. But most impressive are Downey’s findings: schools, he tells us, don’t actually matter as much as people seem to think they do."

"It's not often that a publication changes the way we think the world works. Communicated in remarkably clear prose, Downey's incisive empirically based analysis reveals that inequality increases significantly when children are out of, not while they are in, school. How School’s Really Matter is an eye-opener, as well as a call to action—that is, a more focused endeavor to reduce the large disparities in children’s social and physical environments, including those of their early childhood."

“Downey challenges the ideas that schools are engines of inequality and that schools can be effectively transformed to substantially reduce inequality. Having completed some of the most influential recent work on the topic, he shows that most of the inequalities we observe are rooted in skills children do and do not possess on their very first day of school., and the evidence suggests that For the most part, schools keep differences from getting bigger. Schools can only get you part of the way If you want to have to a more equal opportunity structure for kids. If equality of opportunity is your goal, then you have to invest more heavily in solutions outside rather than inside of schools.”

“This book is a must-read for anyone interested in education equality and policy. How Schools Really Matter offers a much-needed corrective to the assumption that student achievement gaps are the product of woefully inadequate schools and teachers. Downey shows that schools compensate for out of school inequality much more than we give them credit for.“

“Downey’s book takes on the widely held belief that our public schools are failing our neediest children, most especially children of low-income background. Critics on the left invoke underfunded schools, underqualified and undermotivated teachers, and hyper-segregation; for those on the right, and some on the left, it is the opening for charter schools and vouchers.  Wrong, says Downey: our schools, on the whole, lift up poor children, not hold them back, implicating instead inequities experienced over the preschool years and in children’s home lives outside of school. Read this important book with an open mind. It could very well change how you—how we all—think about schools and inequality.”

Karl Alexander, co-editor of The Summer Slide: What We Know and Can Do About Summer Learning Loss

"Considers inequality in American schools, providing a reexamination of the traditional view that schools are an engine of inequality to help accurately identify when and why achievement gaps emerge. Addresses the large amount of time children spend outside of school and why this makes it difficult to understand the role of school in their lives."

Part I: Why We Shouldn’t Be Blaming Schools So Much

Chapter 1: The Forgotten 87 Percent
Herbert Walberg’s outrageous claim
Trying to understand how schools matter when you have an eight-hundred-pound gorilla problem
Chapter 2: Chickens, Eggs, and Achievement Gaps
When do achievement gaps emerge?
Scaling matters
Why the early years are so important
Relative deprivation matters too
Conclusion
Chapter 3: One Very Surprising Pattern about Schools
Soccer coaches and schools
Trying to understand how schools matter
Seasonal comparisons
What do we learn from the few studies that have collected data seasonally?
Conclusion
Chapter 4: And Now a Second, Even More Surprising Pattern
School achievement, growth, and impact
Objections
Conclusion
Part II: A New Way to Think about Schools and Inequality

Chapter 5: More Like Reflectors than Generators
Schools generating inequality
Two examples of schools reflecting broader society
What about those high-flying schools?
Underestimating early childhood
Conclusion: A diminished role for schools, an enhanced role for early childhood
Chapter 6: As Helping More than Hurting
Schools as compensatory: The weak form
Schools as compensatory: The strong form
Conclusion
Chapter 7: A Frida Sofia Problem
Schools and inequality: Stuck within the traditional framing
Our value for limited government
Fear of “blaming the victim”
Gender and the vulnerability of schools
Conclusion
Chapter 8: The Costly Assumption
Rich guys trying to reduce achievement gaps
The never-ending quest to reform schools
The great distractor
So what should we do?
Acknowledgments
Appendix A: The Early Childhood Longitudinal Datasets (ECLS-K:1998 and ECLS-K:2010)
Appendix B: Limitations of Seasonal Comparison Studies
Appendix C: How Should Social Scientists Study Schools and Inequality?
Notes
References
Index
Back to top