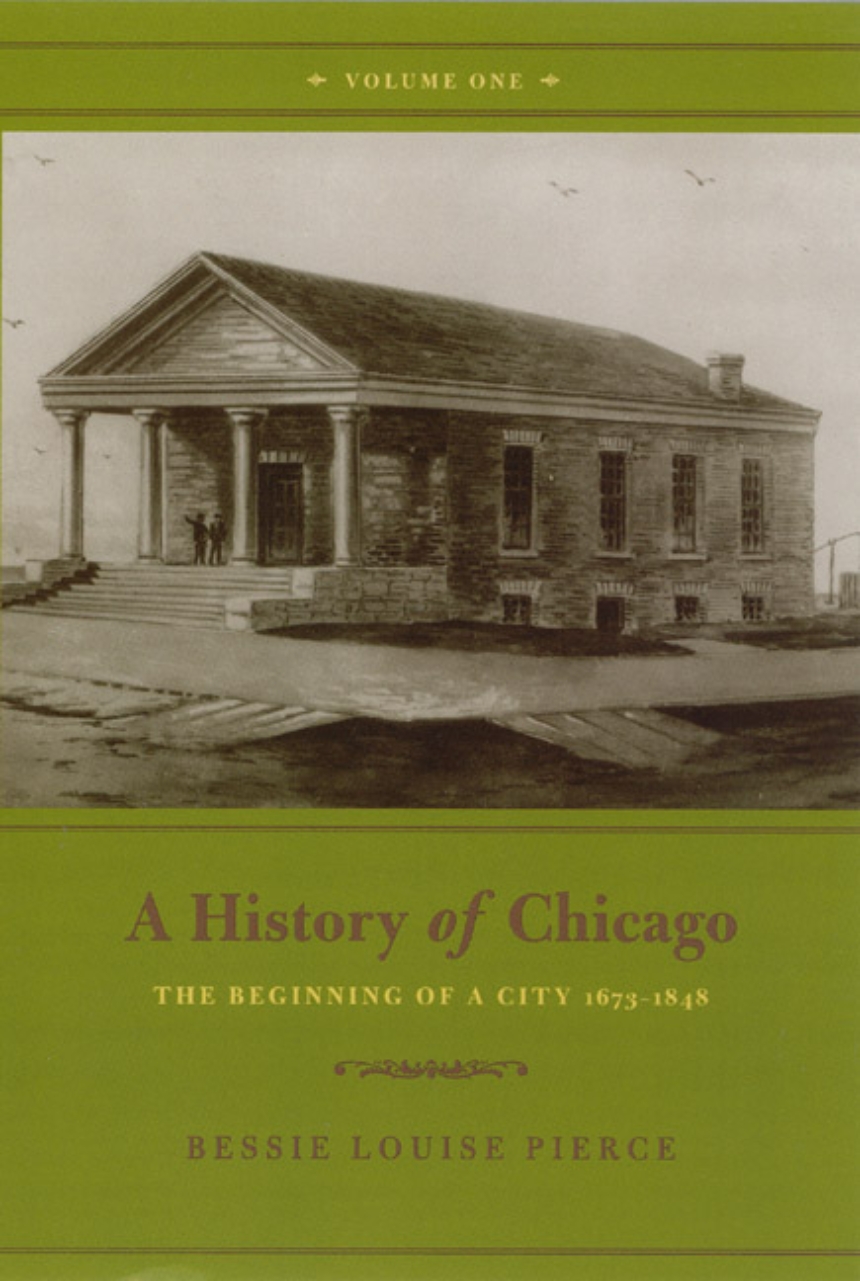 A History of Chicago, Volume I

A History of Chicago, Volume I

Originally conceived as a centennial history of Chicago, the project became, under the guidance of renowned historian Bessie Louise Pierce, a definitive, three-volume set describing the city’s growth—from its humble frontier beginnings to the horrors of the Great Fire, the construction of some of the world’s first skyscrapers, and the opulence of the 1893 World’s Fair. Pierce and her assistants spent over forty years transforming historical records into an inspiring human story of growth and survival.

Rich with anecdotal evidence and interviews with the men and women who made Chicago great, all three volumes will now be available for the first time in years. A History of Chicago will be essential reading for anyone who wants to know this great city and its place in America.

“With this rescue of its history from the bright, impressionable newspapermen and from the subscription-volumes, Chicago builds another impressive memorial to its coming of age, the closing of its first ‘century of progress.’”—E. D. Branch, New York Times (1937)