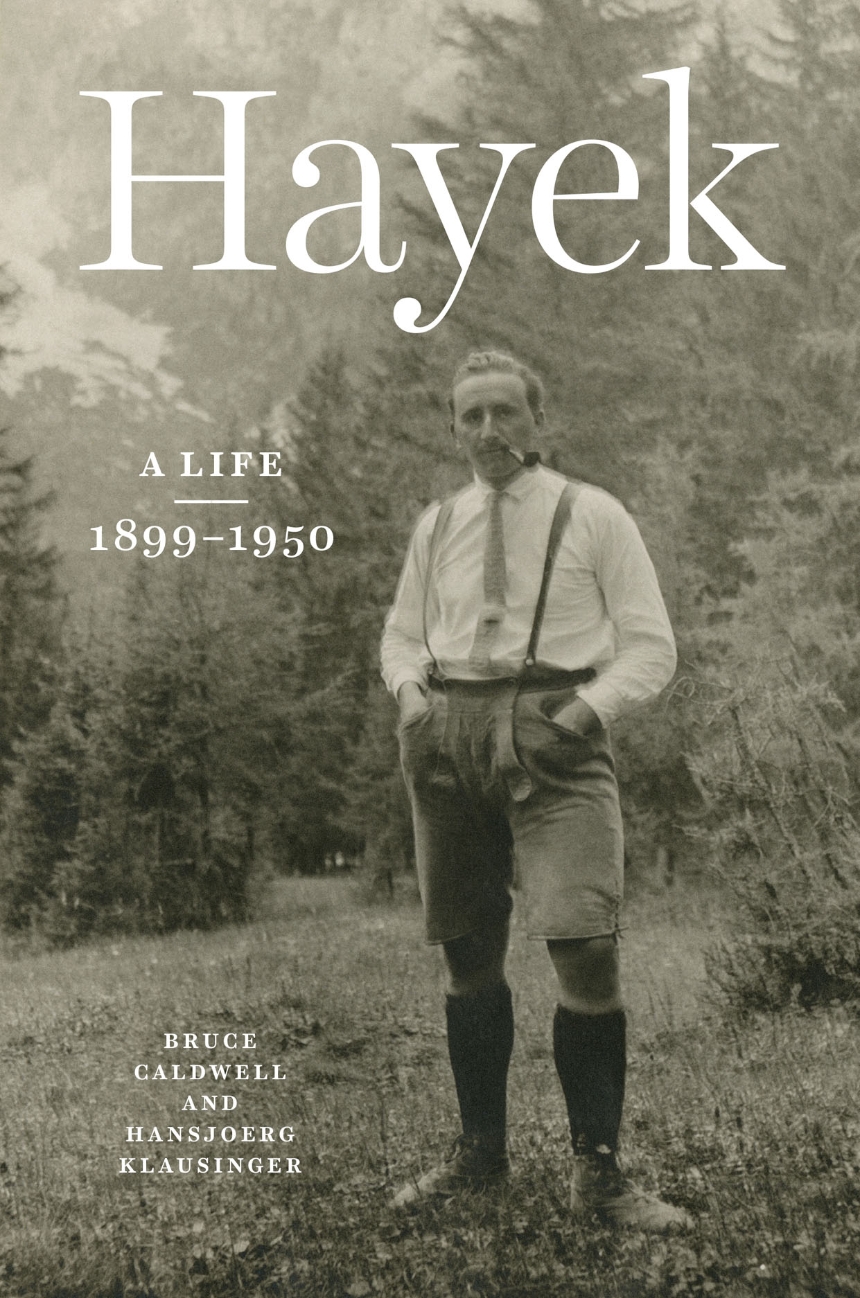 The definitive account of the distinguished economist’s formative years.

Few twentieth-century figures have been lionized and vilified in such equal measure as Friedrich Hayek—economist, social theorist, leader of the Austrian school of economics, and champion of classical liberalism. Hayek’s erudite arguments in support of individualism and the market economy have attracted a devout following, including many at the levers of power in business and government. Critics, meanwhile, cast Hayek as the intellectual forefather of “neoliberalism” and of all the evils they associate with that pernicious doctrine.

In Hayek: A Life, historians of economics Bruce Caldwell and Hansjörg Klausinger draw on never-before-seen archival and family material to produce an authoritative account of the influential economist’s first five decades. This includes portrayals of his early career in Vienna; his relationships in London and Cambridge; his family disputes; and definitive accounts of the creation of The Road to Serfdom and of the founding meeting of the Mont Pèlerin Society.

A landmark work of history and biography, Hayek: A Life is a major contribution both to our cultural accounting of a towering figure and to intellectual history itself.

“A magnificent achievement. Caldwell and Klausinger bring Hayek alive; they also bring his world alive. This is riveting reading, taken as biography, and it’s much more than that. It casts a bright new light on Hayek’s era, and on our own.”

“Hayek: A Life, 1899–1950 is a triumph of both scholarship and biography. Caldwell and Klausinger have given us an instant classic, sure to stimulate and enrich debates about this most controversial, and still misunderstood, economist and social philosopher.”

"Admirers and opponents of Hayek alike will find much to savor in this deeply researched, sweeping biography. Even readers who well know Hayek and his times will be enlightened and enriched."

Jennifer Burns, author of 'Goddess of the Market: Ayn Rand and the American Right'

“By far the most careful and comprehensive treatment of his early life and works, Hayek: A Life, 1899–1950 is an invaluable resource, full of remarkable discoveries.”

Angus Burgin, author of 'The Great Persuasion: Reinventing Free Markets since the Depression'

Introduction
Part I. A Viennese Youth
1. A Fin-de-Siècle Wedding
2. Family Life
3. At School
4. Austrian Politics and Anti-Semitism
5. At War
Part II. A Broadening of Horizons
6. Back at Home in Postwar Austria
7. The University of Vienna
8. The Peripatetic Student: Fritz at University
9. Mises and the Geistkreis
10. Changes of Scene
11. The Trip to America
Part III. The Making of an Economist
12. Return to Vienna
13. Hella Joins the Family
14. At the Institute for Business Cycle Research
15. The Young Academic
Part IV. Hayek in 1930s England
16. Hayek Comes to LSE
17. The Encounter with Keynes
18. Defending Economic Theory and Interpreting Hitler
19. Socialism and Knowledge
20. Academic Life at LSE
21. The Battle for Young LSE Minds
22. Hayek and Austria
23. Domestic Affairs
24. The Hayek Family Debates Politics
Part V. Fighting the Spirit of the Age
25. Liberalism: Its Adversaries and Allies
26. Hayek and London Go to War: The Abuse and Decline of Reason
27. Cambridge
28. A Sixpence Penguin Volume: The Road to The Road to Serfdom
29. Scientism and Popper
30. The Publication(s) of The Road to Serfdom
Part VI. Changing Worlds
31. War’s End
32. Postwar Austria
33. Mont Pèlerin 1947
34. Hayek Looks for a Job
35. 1949—Hayek’s Annus Horribilis
36. Hayek versus Hayek
Acknowledgments
References
Index