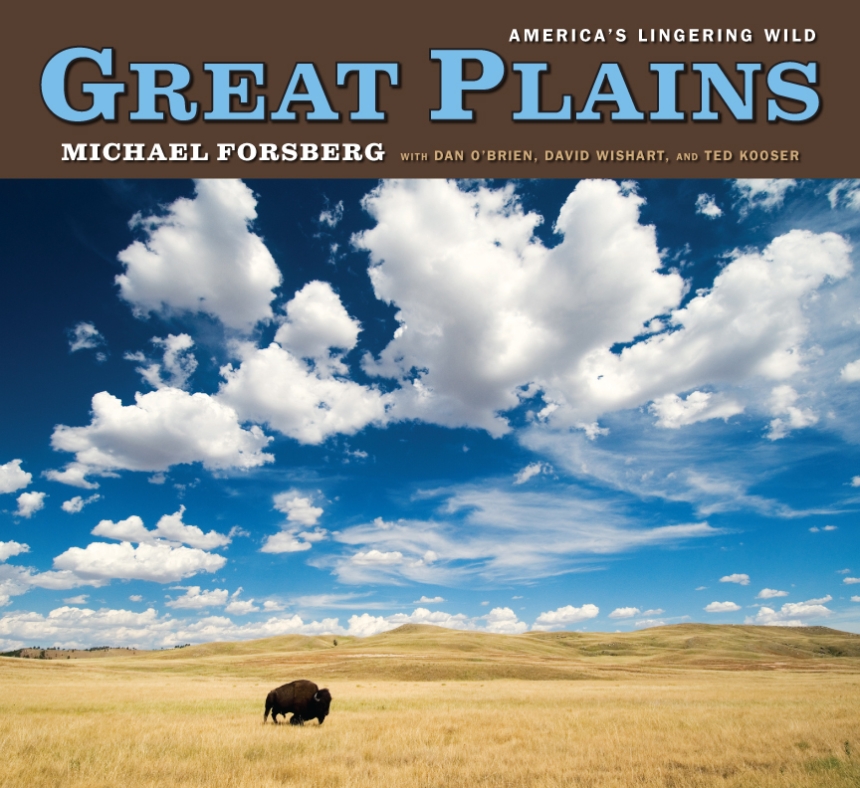 With a Foreword by Ted Kooser, Chapter Introductions by David Wishart, and Essays by Dan O'Brien

The Great Plains were once among the greatest grasslands on the planet. But as the United States and Canada grew westward, the Plains were plowed up, fenced in, overgrazed, and otherwise degraded. Today, this fragmented landscape is the most endangered and least protected ecosystem in North America. But all is not lost on the prairie. Through lyrical photographs, essays, historical images, and maps, this beautifully illustrated book gets beneath the surface of the Plains, revealing the lingering wild that still survives and whose diverse natural communities, native creatures, migratory traditions, and natural systems together create one vast and extraordinary whole.

Three broad geographic regions in Great Plains are covered in detail, evoked in the unforgettable and often haunting images taken by Michael Forsberg. Between the fall of 2005 and the winter of 2008, Forsberg traveled roughly 100,000 miles across 12 states and three provinces, from southern Canada to northern Mexico, to complete the photographic fieldwork for this project, underwritten by The Nature Conservancy. Complementing Forsberg’s images and firsthand accounts are essays by Great Plains scholar David Wishart and acclaimed writer Dan O’Brien. Each section of the book begins with a thorough overview by Wishart, while O’Brien—a wildlife biologist and rancher as well as a writer—uses his powerful literary voice to put the Great Plains into a human context, connecting their natural history with man’s uses and abuses.

The Great Plains are a dynamic but often forgotten landscape—overlooked, undervalued, misunderstood, and in desperate need of conservation. This book helps lead the way forward, informing and inspiring readers to recognize the wild spirit and splendor of this irreplaceable part of the planet.

See a gallery of photographs and sample pages in PDF format (4.2Mb).

“The Great Plains of America are not for sissies, but those who respond to their haunting beauty will not be driven off. The photographer Michael Forsberg and three of his writing friends show why. Forsberg has spent a long time looking at the Great Plains and now he has shared what he saw.”

“Great Plains strikes me as a signal event in the history of American publishing, a true event where the authors Ted Kooser, David Wishart, Dan O’Brien, and the simply fabulous photographer, Michael Forsberg, are a perfectly graceful mix. Having criss-crossed this area dozens of times it was wonderful to see my grand memories between covers.”

“The beauty and majesty of the Great Plains come alive in the pages of this magnificent book. As a native of Nebraska, I know how little most Americans know about the landscape, wildlife, and history of this vast part of our country. Here, they can appreciate the Plains states in all their quiet glory.”

“Expect to be surprised by this spectacular book. Its photographs creatively capture the subtle details and immense power residing in a great American landscape, while its prose provides the context for enjoyable reflection on humans and nature.”

“Focusing on a massive but neglected part of America, Mike Forsberg has created a masterpiece of stunning and lyrical photos and prose describing the legendary Great Plains. The white man brutally took over the interior grasslands from Native Americans and from charismatic predators such as wolves and bears, and slaughtered the vast herds of bison as well as other creatures. Great Plains tells this amazing story vividly with the passion and verve that the subject deserves. Bravo to Mike Forsberg!”

“Mike Forsberg’s images give us bright openings onto a world. . . . Here on the Great Plains both people and trees and everything else are in some way shaped by wind and weather. This book, too, has been shaped by where it comes from, and that’s just a part of its beauty.”

Ted Kooser, winner of the 2005 Pulitzer Prize for Poetry, from the Foreword

“It takes a big book to portray such an immense, complex place, and this spacious volume, vividly introduced by poet Ted Kooser, fits the bill. Intrepid photographer Michael Forsberg presents breathtaking images of wide-open spaces and portraits of wildlife from bison to butterflies, bobcats to frogs. Historical geographer David Wishart contrasts the lives of the region’s Native peoples with the deleterious impact of settlers, who plowed up the grasslands, sending countless species into decline and losing precious topsoil to wind erosion. Wildlife biologist, rancher, and writer Dan O’Brien—flinty, funny, and skeptical—dissects the mythology of the Great Plains, the ‘monumental hubris, greed, and lack of common sense’ that led to its near destruction, and, on the upswing, today’s bold restoration efforts. In all, a quintessential and crucial American story, powerfully told.”

“This book cries out to be read and enjoyed. Don’t just thumb through to look at the pictures. Set the book down on a table and read the stories and the histories. It will amaze and engage you. You will view the Great Plains in new and enchanting ways.”

"The increasingly bi-coastal citizenry of the U.S. and Canada know less and less of the great central plains of the North American steppe, but this engrossing book from photographer and naturalist Forsberg, with ecological and geographical essays by O’Brien and Wishart, fills that need in overflowing excess. Forsberg’s photography is spectacular, capturing the wide-open spaces of locales like the South Dakota Badlands and the fluid movement of its wildlife. . . . Wonderful maps of the entire Great Plains and individual regions add a great deal to this informative overview, making it a coffee table book worth studying."

"One of Michael Forsberg’s most arresting photographs shows a female bobcat staring at the camera. The felines are relatively common in parts of the Great Plains, we’re told, but being shy of humans and well camouflaged, they’re rarely glimpsed. The bobcat is emblematic of the Great Plains—both are natural treasures that most Americans are barely aware of. We travel over or through the vast swath of Midwestern landscape as fast as we can, missing the beauty of seasonal flowers, secretive wildlife, and prairie wetlands. Thanks to Forsberg and his essayist collaborators, we now may linger and learn. The images range from panoramic cloudscapes over seas of grass to group portraits of bison, bighorn sheep, and sandhill cranes. The book’s subtitle calls the region “America’s Lingering Wild,” but Forsberg sounds a note of caution: ’only a fraction of the habitat from a century ago remains.’"

"There are 180 images in all, a stunning document that demonstrates the diversity of Great Plains wilderness. . . . Forsberg has taken masterpieces of nature and rendered them into art with his talent for composition, detail and light."

"The most gorgeous coffee table book to come along in years."

The Roots of Hope—MICHAEL FORSBERG

The Ocean Below the Grass

Buffalo in the Tallgrass 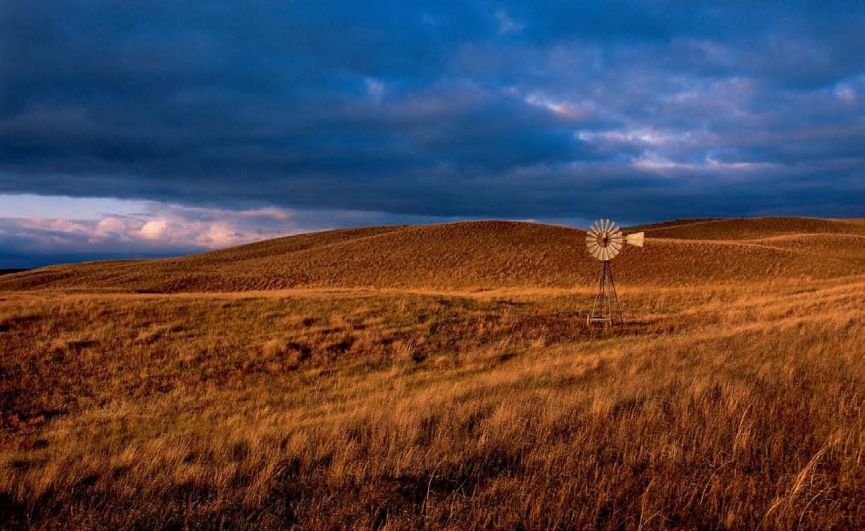 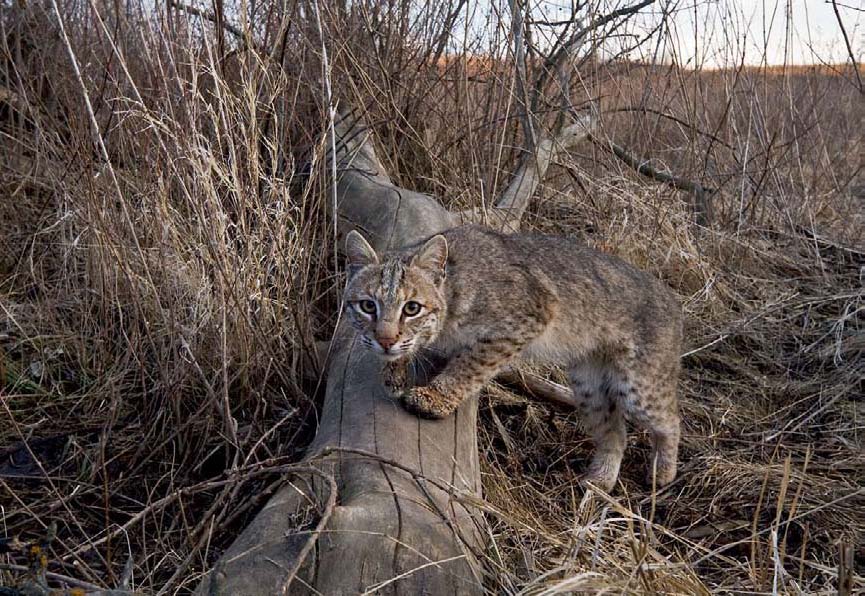 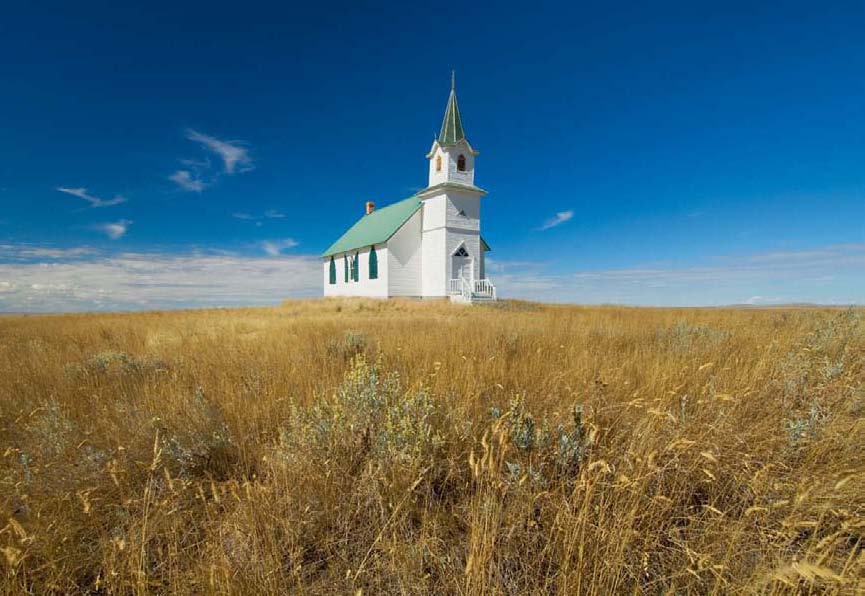 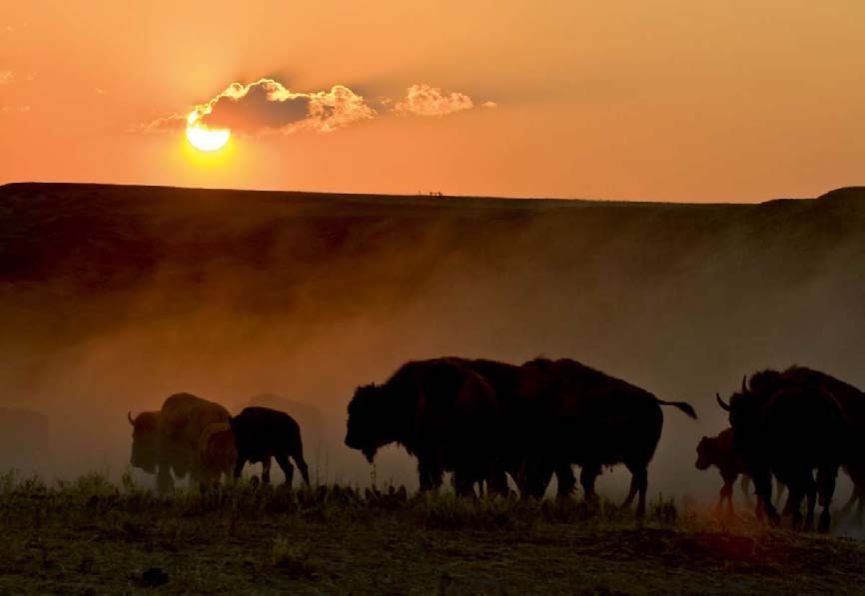 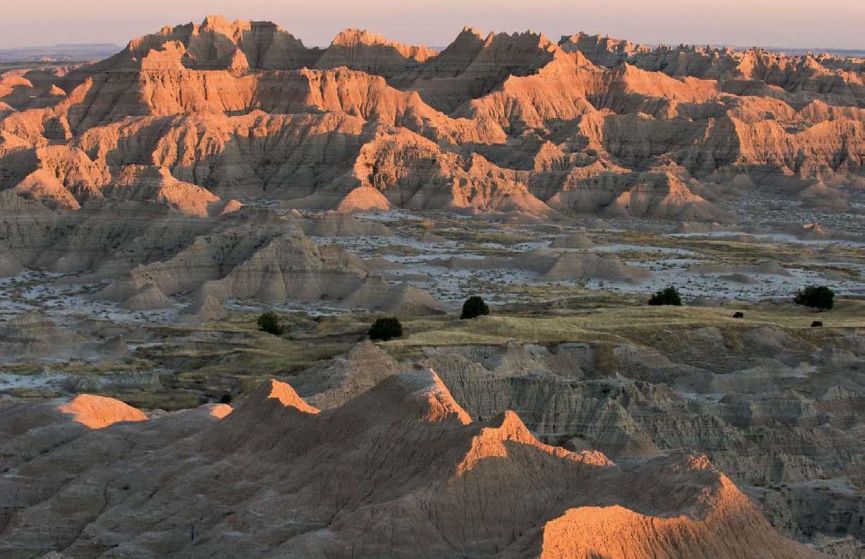 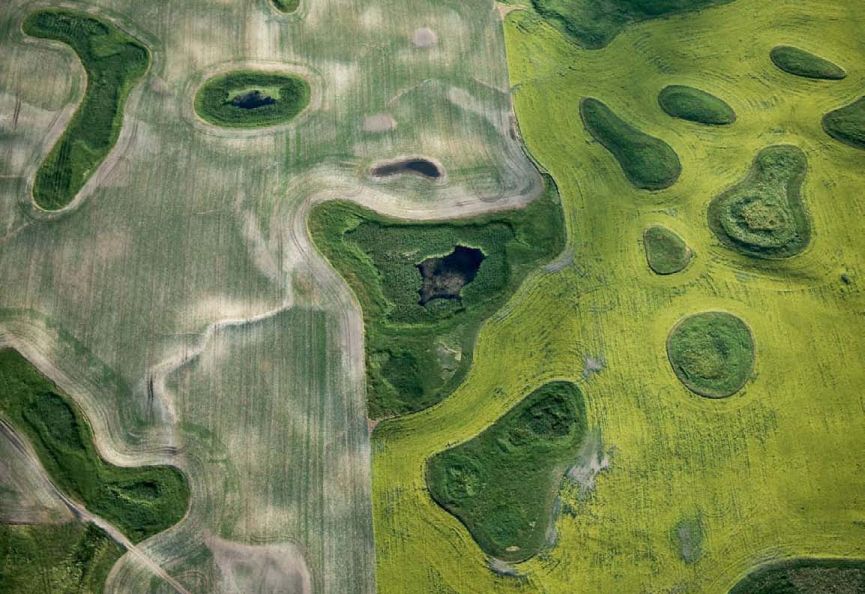 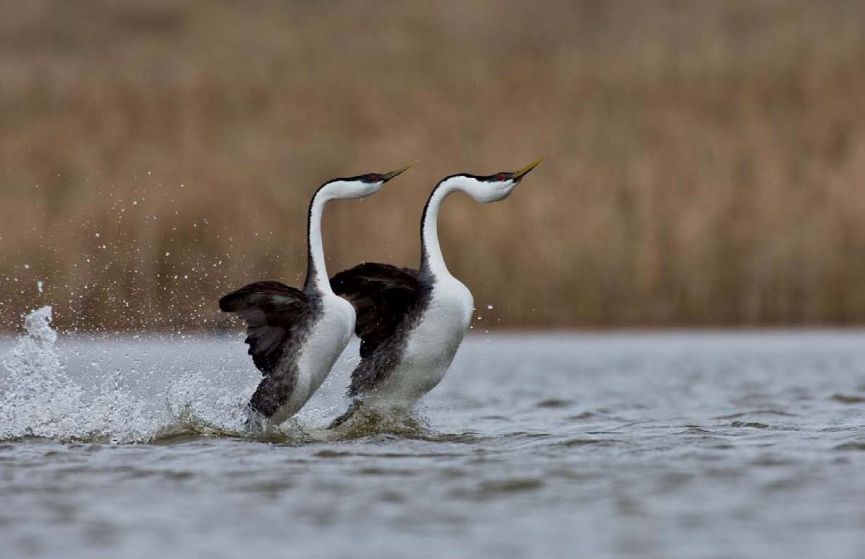 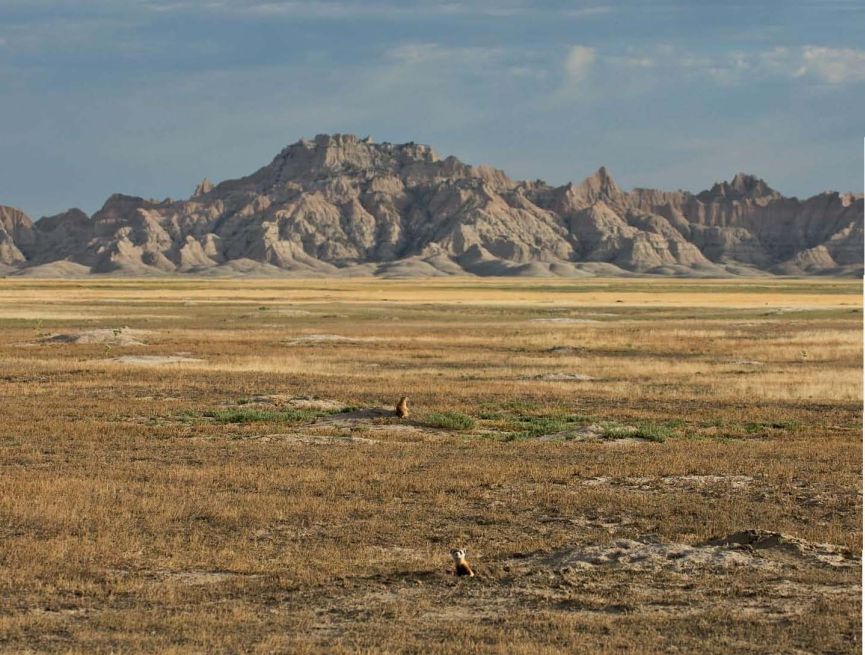 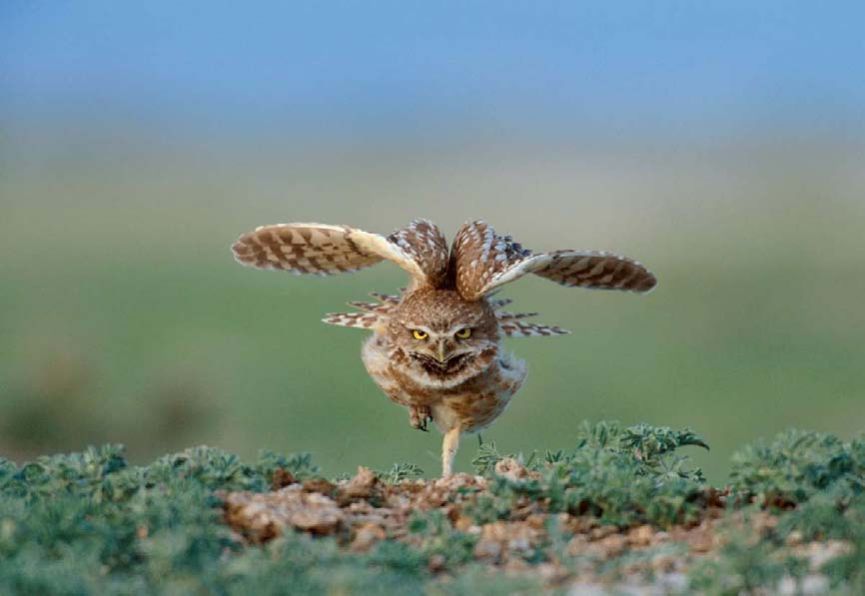 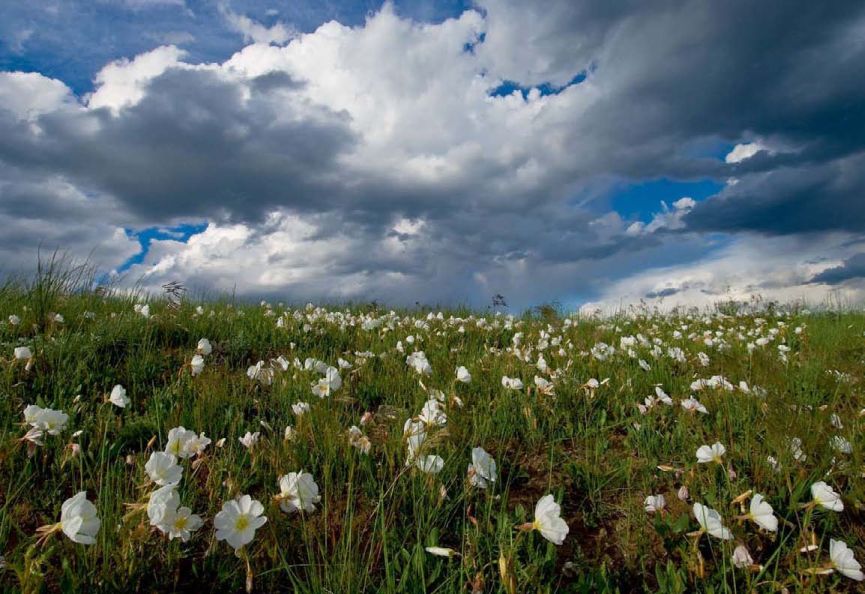 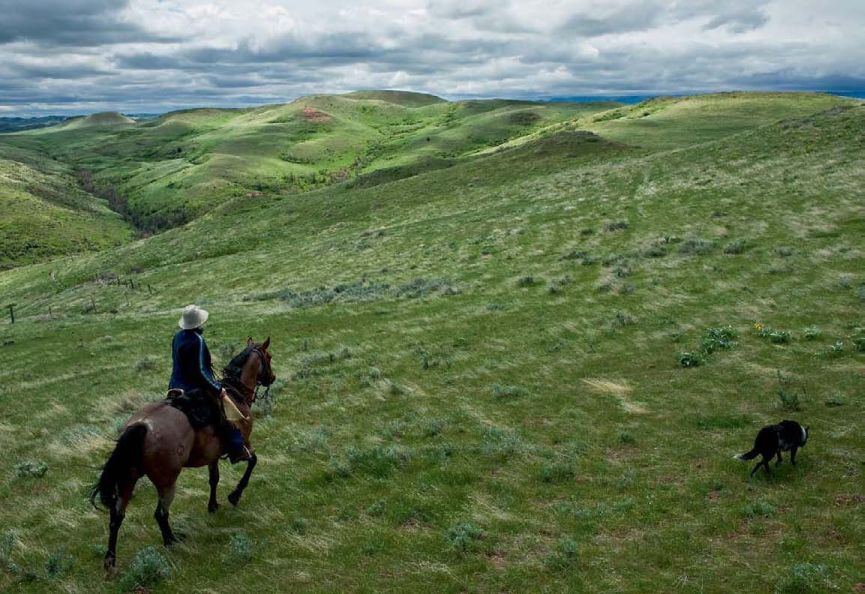 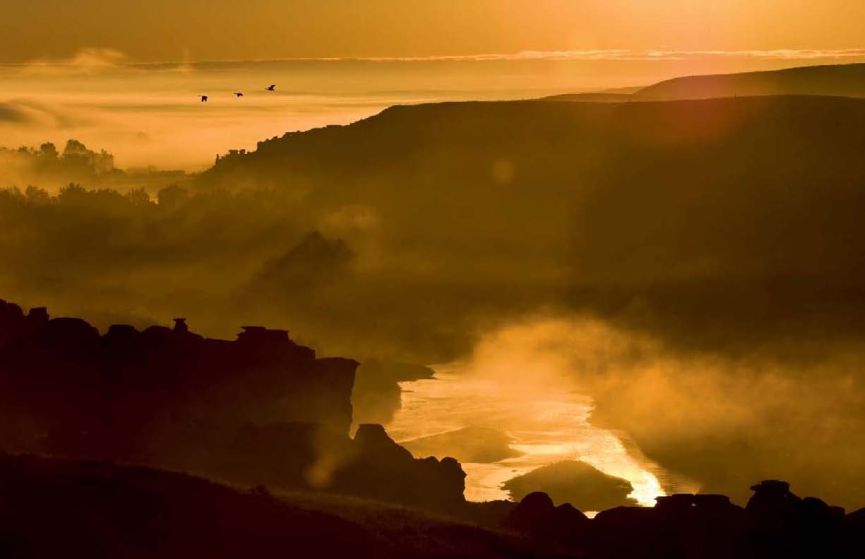 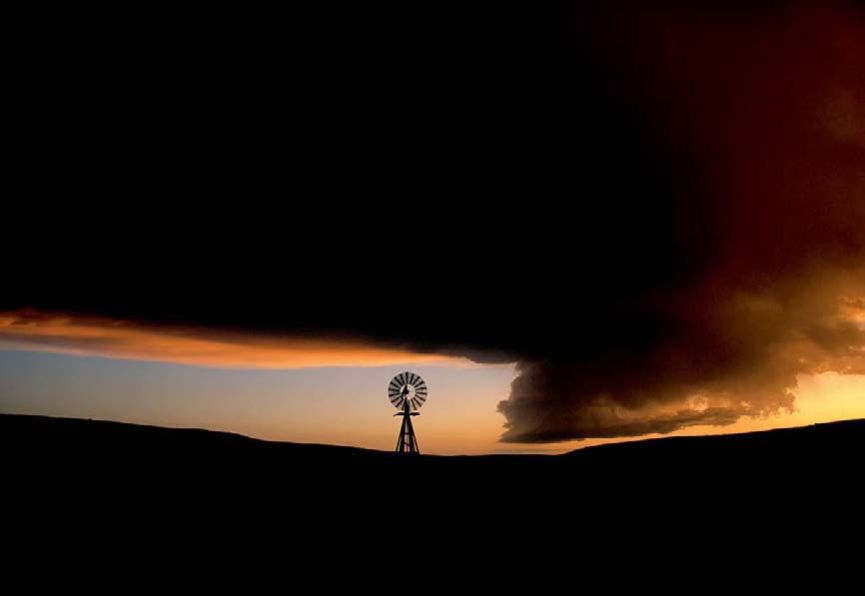 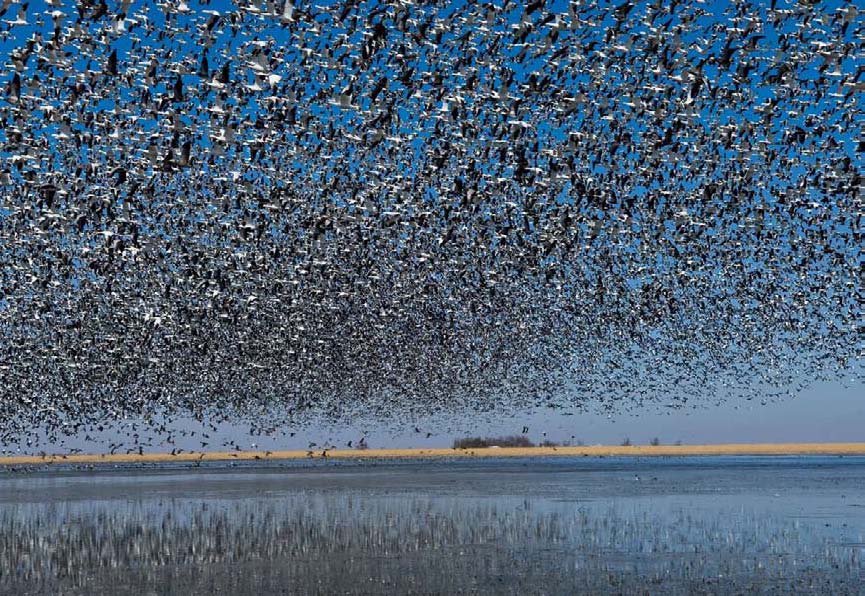 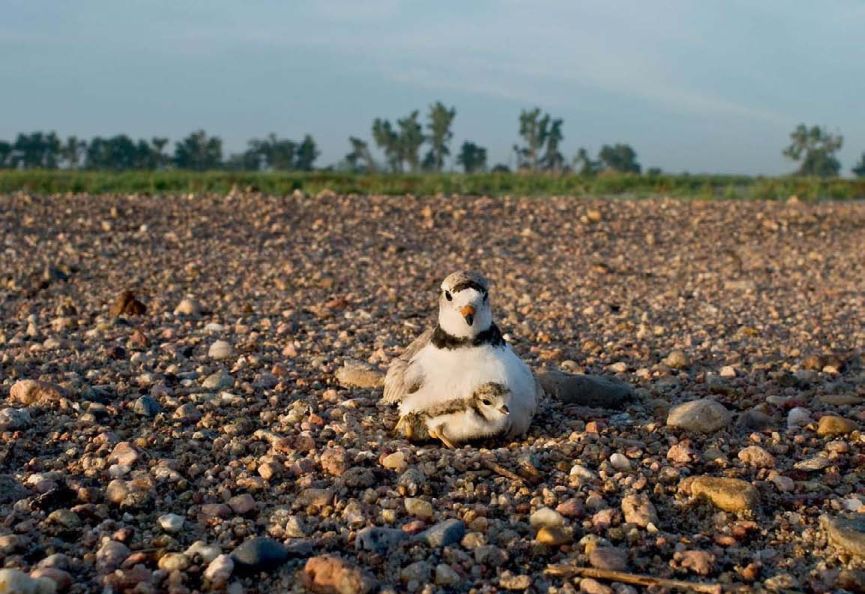 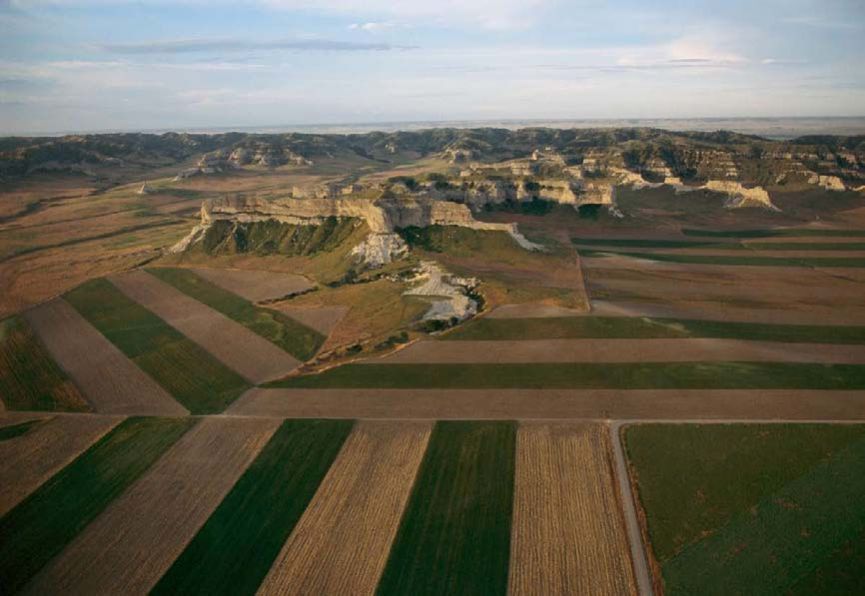 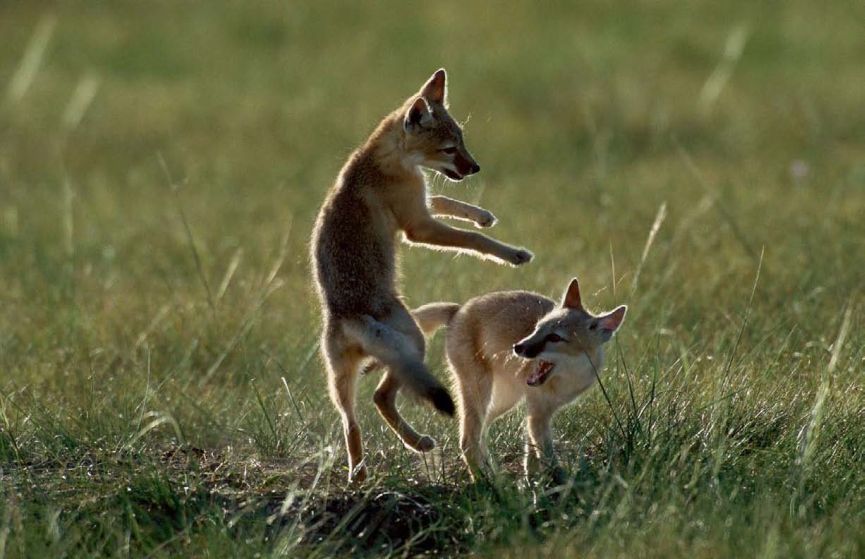 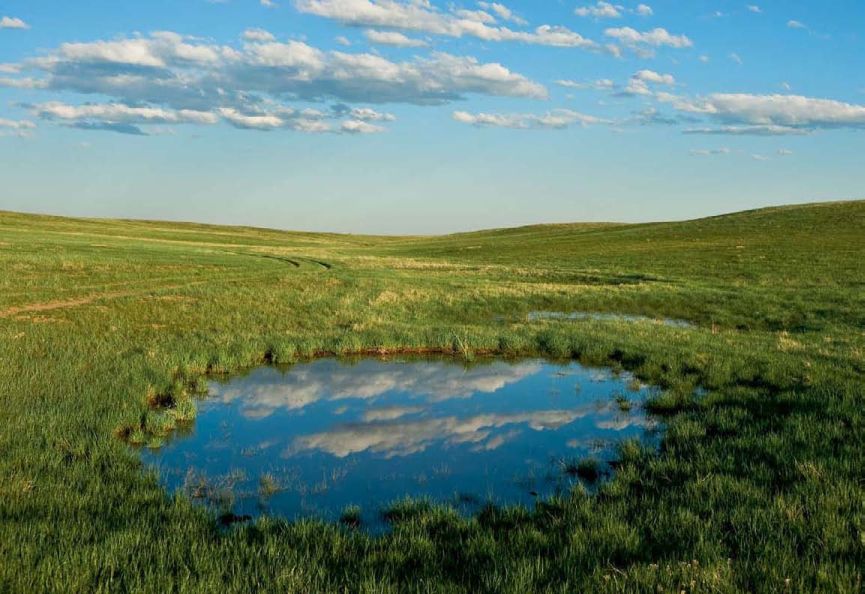 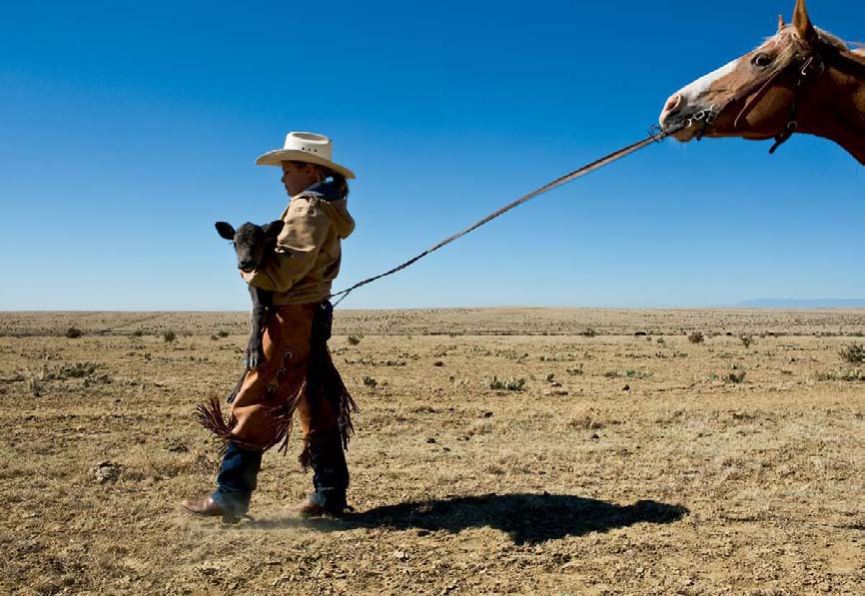 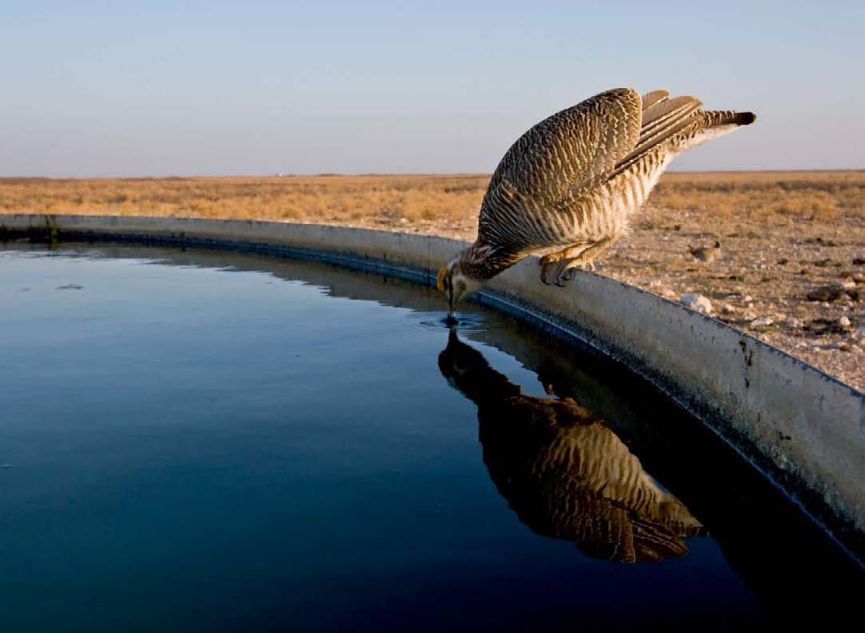 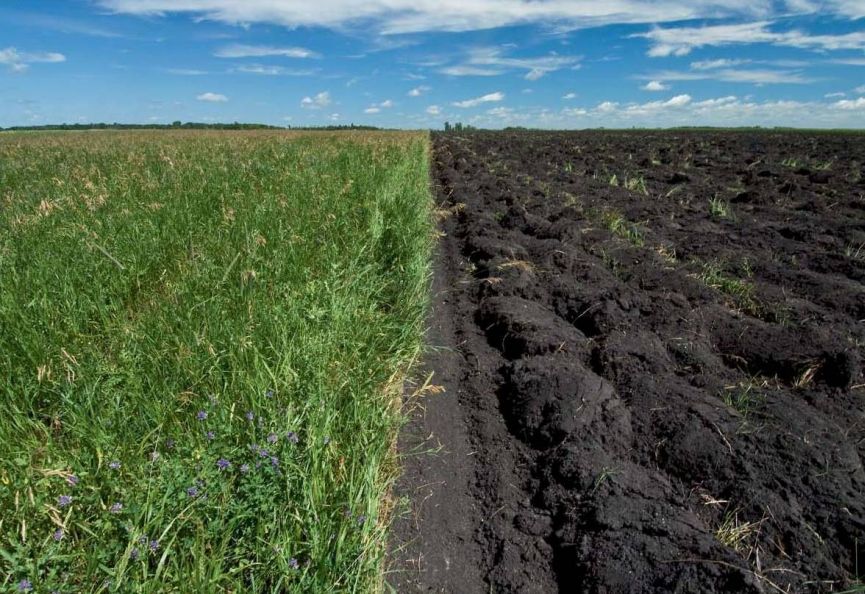 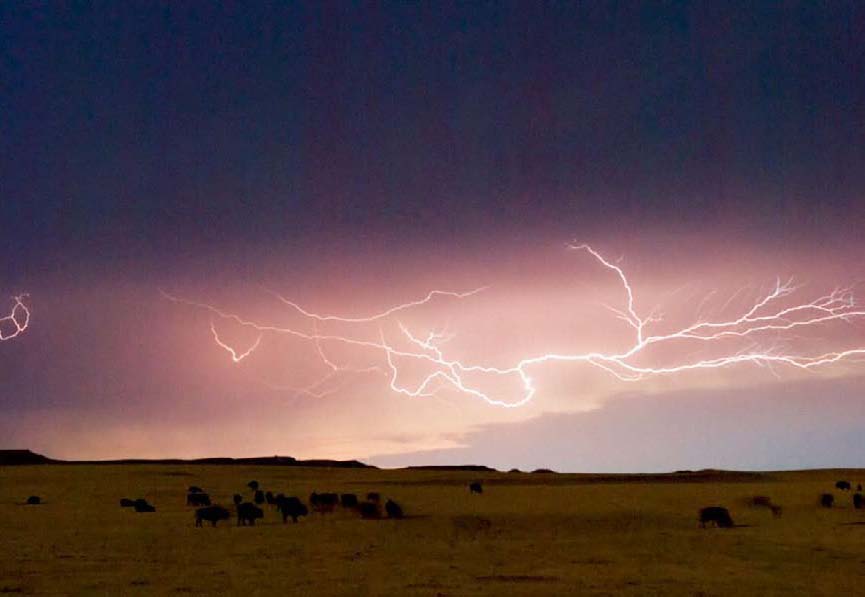 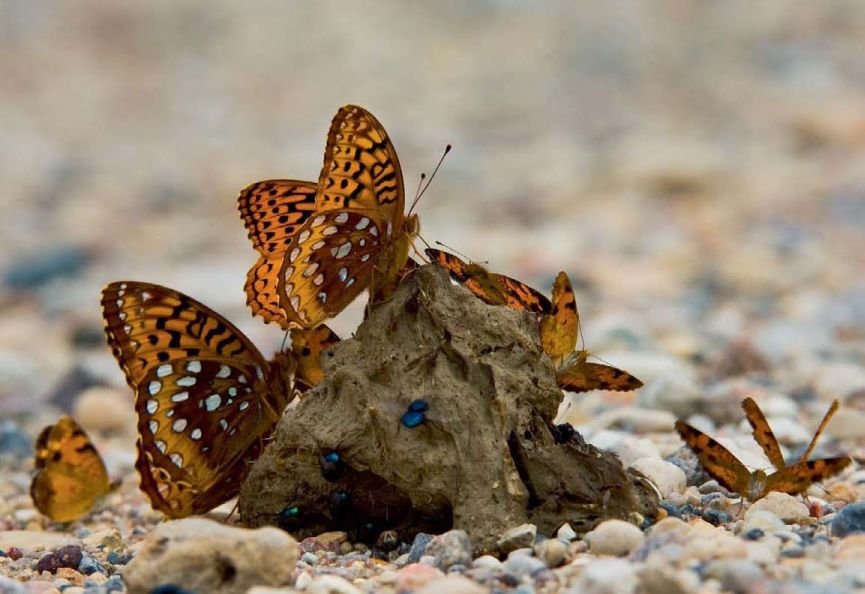 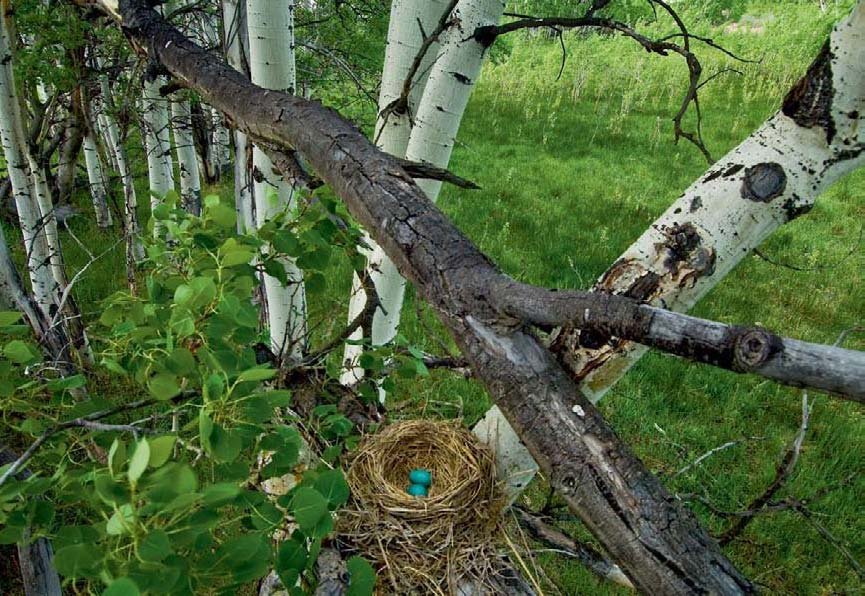 The Nebraska Center for the Book: Nebraska Book Award
Won