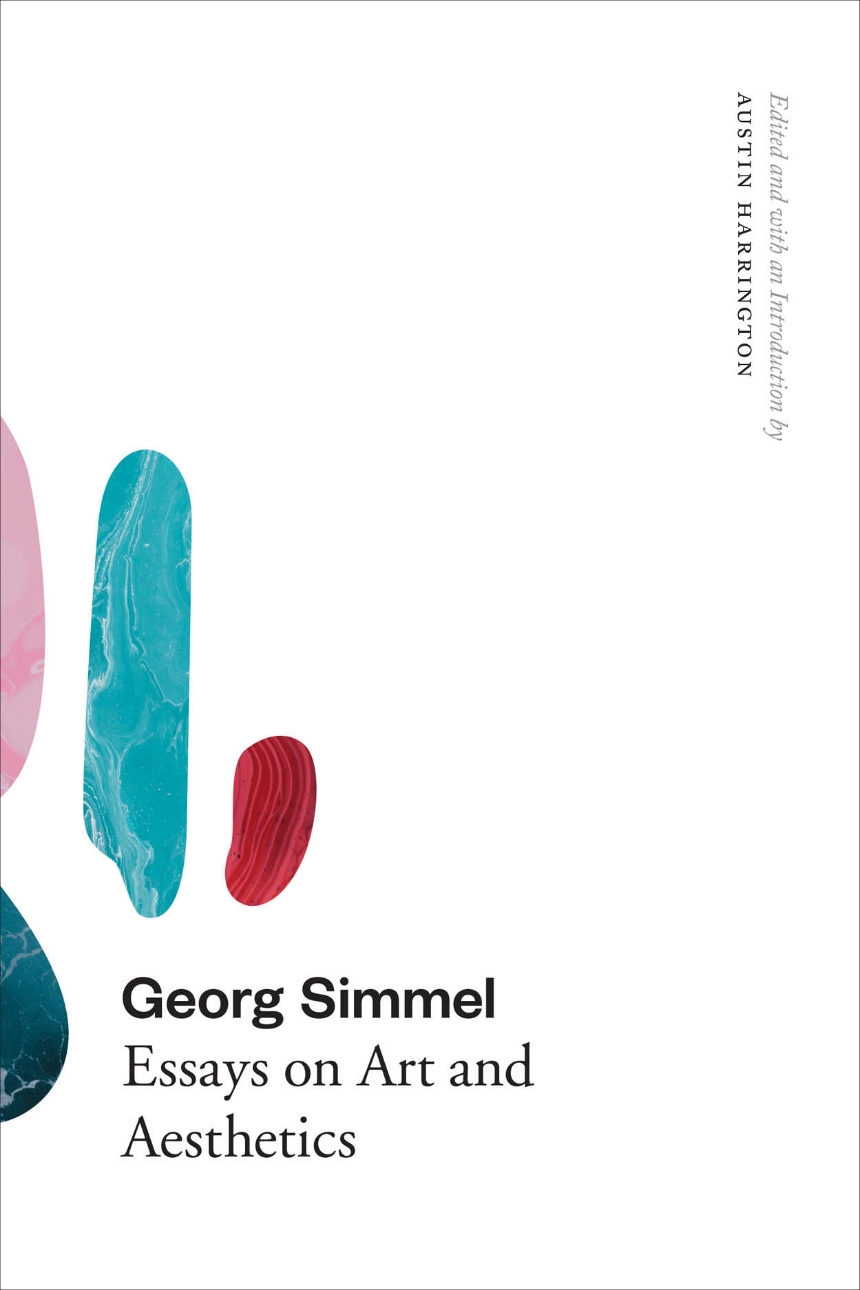 Essays on Art and Aesthetics

Essays on Art and Aesthetics

Edited and with an Introduction by Austin Harrington
Georg Simmel is one of the most original German thinkers of the twentieth century and is considered a founding architect of the modern discipline of sociology. Ranging over fundamental questions of the relationship of self and society, his influential writings on money, modernity, and the metropolis continue to provoke debate today.
Fascinated by the relationship between culture, society, and economic life, Simmel took an interest in myriad phenomena of aesthetics and the arts.  A friend of writers and artists such as Auguste Rodin, Rainer Maria Rilke, and Stefan George, he wrote dozens of pieces engaging with topics such as the work of Michelangelo, Rembrandt, and Rodin, Japanese art, naturalism and symbolism, Goethe, “art for art’s sake”, art exhibitions, and the aesthetics of the picture frame.

This is the first collection to bring together Simmel’s finest writing on art and aesthetics, and many of the items appear in English in this volume for the first time. The more than forty essays show the protean breadth of Simmel’s reflections, covering landscape painting, portraiture, sculpture, poetry, theater, form, style, and representation. An extensive introduction by Austin Harrington gives an overview of Simmel’s themes and elucidates the significance of his work for the many theorists who would be inspired by his ideas.

Something of an outsider to the formal academic world of his day, Simmel wrote creatively with the flair of an essayist. This expansive collection of translations preserves the narrative ease of Simmel’s prose and will be a vital source for readers with an interest in Simmel’s trailblazing ideas in modern European philosophy, sociology, and cultural theory.

“At long last a collection in English that does justice to the breadth, depth, and contemporary significance of Simmel’s writings on the arts! With many new translations and a wide-ranging introduction, Harrington’s volume portrays the influential modernist philosopher and pioneering cultural theorist in deep and critical engagement with a rapidly changing world. A powerful testament to Simmel’s conception of philosophical culture—and to the transdisciplinary significance of a thinker whose achievements continue to resist disciplinary categorization.”

“Georg Simmel is known in sociology for many things: the structure of social groups, the philosophy of money, metaphysical essays on life, individuality and social forms, the metropolis, and social differentiation. However, apart from the publication of Rembrandt in 2005, Simmel’s fascinating studies of culture, literature, and art forms have been neglected. Therefore, we owe Austin Harrington a serious debt of gratitude for editing and translating Simmel’s diverse publications on the theatre, sculpture, style and representation, and aesthetics into a single volume. In addition, I strongly recommend Harrington’s modestly entitled ‘Introduction’ as a comprehensive and meticulous commentary on Simmel and contemporary evaluations of his oeuvre. This volume will deepen and expand our understanding of the Simmel legacy for years to come.”