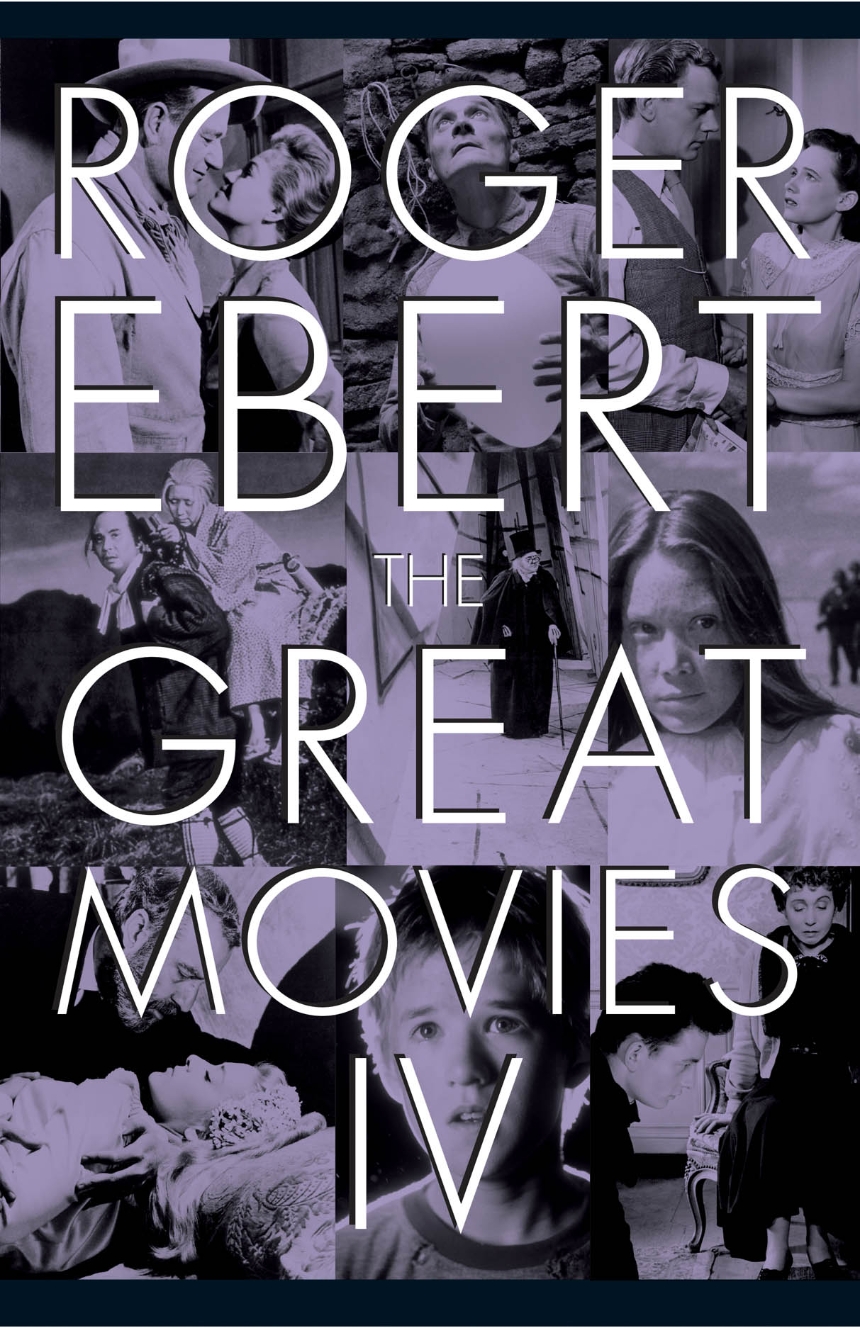 With an Introduction by Chaz Ebert and a Foreword by Matt Zoller Seitz
No film critic has ever been as influential—or as beloved— as Roger Ebert. Over more than four decades, he built a reputation writing reviews for the Chicago Sun-Times and, later, arguing onscreen with rival Chicago Tribune critic Gene Siskel and later Richard Roeper about the movies they loved and loathed. But Ebert went well beyond a mere “thumbs up” or “thumbs down.” Readers could always sense the man behind the words, a man with interests beyond film and a lifetime’s distilled wisdom about the larger world. Although the world lost one of its most important critics far too early, Ebert lives on in the minds of moviegoers today, who continually find themselves debating what he might have thought about a current movie.

The Great Movies IV is the fourth—and final—collection of Roger Ebert’s essays, comprising sixty-two reviews of films ranging from the silent era to the recent past. From films like The Cabinet of Caligari and Viridiana that have been considered canonical for decades to movies only recently recognized as masterpieces to Superman, The Big Lebowski, and Pink Floyd: The Wall, the pieces gathered here demonstrate the critical acumen seen in Ebert’s daily reviews and the more reflective and wide-ranging considerations that the longer format allowed him to offer. Ebert’s essays are joined here by an insightful foreword by film critic Matt Zoller Seitz, the current editor-in-chief of the official Roger Ebert website, and a touching introduction by Chaz Ebert.

A fitting capstone to a truly remarkable career, The Great Movies IV will introduce newcomers to some of the most exceptional movies ever made, while revealing new insights to connoisseurs as well.

“Ebert’s take-no-prisoners essays packed with insidery insights will send movie lovers back to the sofa for a second look at old favorites like Cool Hand Luke and My Fair Lady while introducing more offbeat picks like Sansho the Bailiff and Pixote.”

Parade, on the Great Movies collections

“Ebert offers informed critical appraisals, as well as background on the movies’ making and significance, that make these pieces rewarding for film buffs and ideal introductions for first-time viewers.”

Booklist, on the Great Movies collection

“No one has done as much as Ebert to connect the creators of movies with their consumers. He has immense power, and he’s used it for good, as an apostle of the cinema.”

Selections from the Introductions to the Previous Volumes

A. I. Artificial Intelligence

The Ballad of Narayama

The Cabinet of Dr. Caligari

Diary of a Country Priest

Diary of a Lost Girl

Eternal Sunshine of the Spotless Mind

In a Lonely Place

Ivan the Terrible, Parts I and II

The Man Who Shot Liberty Valance

Man with a Movie Camera

Shadow of a Doubt

Smiles of a Summer Night

The Spirit of the Beehive