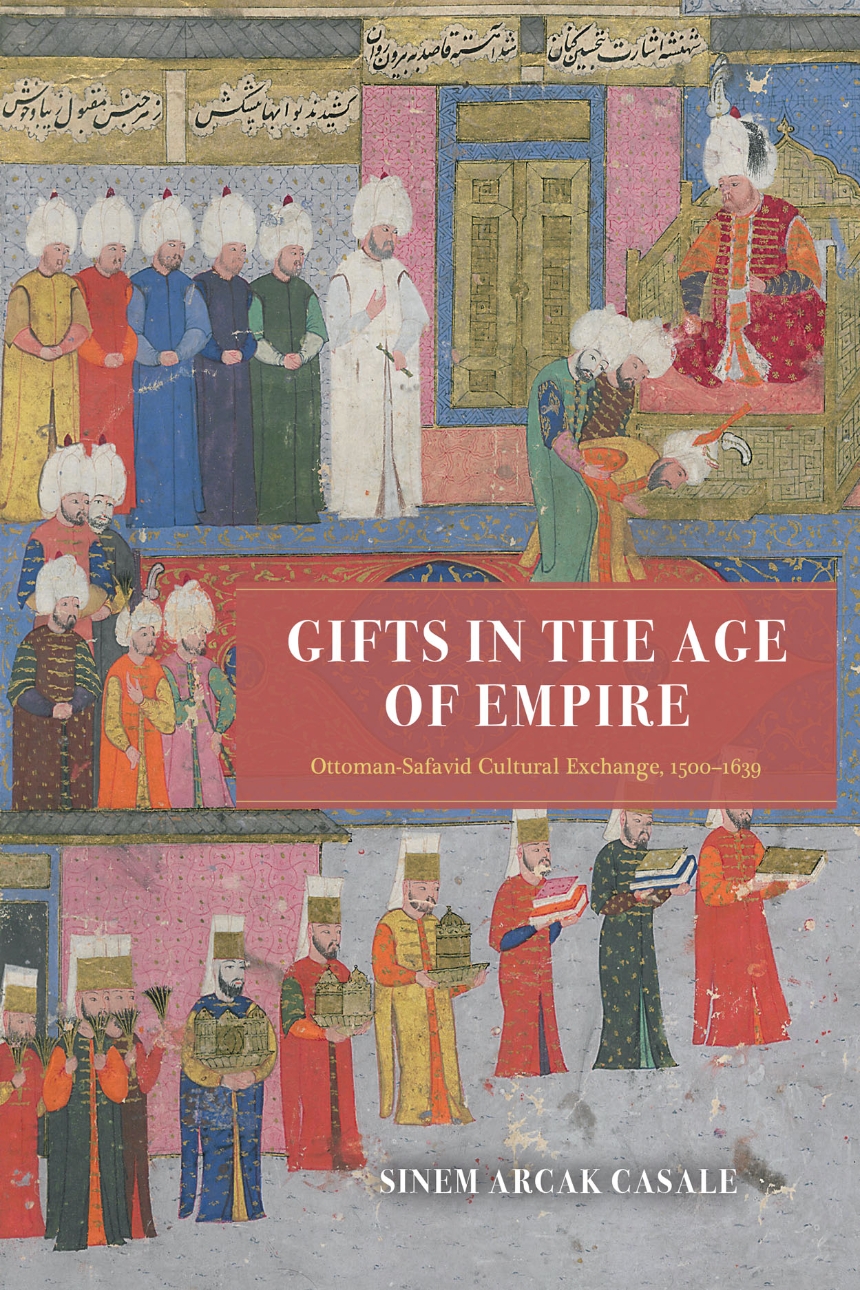 Gifts in the Age of Empire

Gifts in the Age of Empire

Explores the Safavid and Ottoman empires through the lens of gifts.

When the Safavid dynasty, founded in 1501, built a state that championed Iranian identity and Twelver Shi'ism, it prompted the more established Ottoman empire to align itself definitively with Sunni legalism. The political, religious, and military conflicts that arose have since been widely studied, but little attention has been paid to their diplomatic relationship. Sinem Arcak Casale here sets out to explore these two major Muslim empires through a surprising lens: gifts. Countless treasures—such as intricate carpets, gilded silver cups, and ivory-tusk knives—flowed from the Safavid to the Ottoman empire throughout the sixteenth century. While only a handful now survive, records of these gifts exist in court chronicles, treasury records, poems, epistolary documents, ambassadorial reports, and travel narratives. Tracing this elaborate archive, Casale treats gifts as representative of the complicated Ottoman-Safavid coexistence, demonstrating how their rivalry was shaped as much by culture and aesthetics as it was by religious or military conflict. Gifts in the Age of Empire explores how gifts were no mere accessories to diplomacy but functioned as a mechanism of competitive interaction between these early modern Muslim courts.